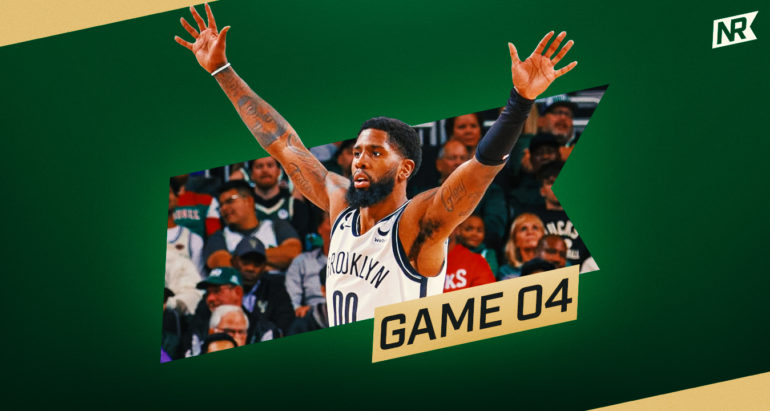 The Nets wrapped up their brief road trip with a stop in Milwaukee to take on the mighty Bucks. Coming off of a loss in Memphis, the Nets were in need of a statement win on Wednesday night. After an impressive first half, the team crumbled at the seams, resulting in its third loss of the young season.

Interestingly enough, both offenses were very sloppy to start the game. Buckets were few and far between, with multiple players missing good looks or turning the ball over. While Brooklyn’s defense was sensational to start, a recurring theme throughout the early goings of the season remained true: poor rebounding. Milwaukee earned plenty of second chances due to the Nets’ inability to grab boards. An 8-0 Bucks run pushed them to an 18-11 lead, forcing Steve Nash to use a timeout.

Edmond Sumner, who has not seen much playing time yet, turned out to be a major spark. He put up seven points in a few minutes of action while effectively challenging bigger defenders. After twelve minutes, the Bucks led, 25-20.

Brooklyn continued to play messy basketball to start the second quarter. The team had ten turnovers in the first half, which crushed any momentum it tried to build. That being said, Kyrie Irving found a groove in the period–keeping the Nets close. This allowed the team to string together several excellent possessions and pull ahead of the Bucks.

Royce O’Neale knocked down four three-pointers while Brooklyn improved its rebounding in the second quarter. Heading into halftime, the Nets held a 55-43 advantage, powered by solid play on both ends of the floor.

As has been an early trend for the Nets this season, the same momentum did not continue into the third quarter. Brooklyn’s offense was stagnant and unable to string together buckets. At the same time, Giannis Antentokeunmpo finally came alive, getting to the paint with ease.

The Nets also suffered from some questionable officiating. Steve Nash was so irate over a few calls that he ended up being ejected midway through the period. The Bucks out-scored Brooklyn 35-21 in the quarter and led 78-76 heading into the fourth.

The final frame saw more of the same for Brooklyn. The Nets struggled to find any rhythm, going several minutes without scoring a bucket. Antetokounmpo continued to pound Brooklyn in the paint, while Milwaukee’s role players also made important plays across the board.

Almost every possession seemed to follow a similar formula for Brooklyn. The Nets would miss an open look, which would then lead to an easy bucket for the Bucks in transition.

Ultimately, Milwaukee proved to be too much to handle on the road as the Bucks came away with a 110-99 victory.

The Nets are by no means a bad team, but they play like it too often.

In the second quarter, fans saw a unit that was quite cohesive. The ball movement was on point, shot selection was excellent and the defense on Antetokounmpo was sensational. In the second half, the wrong switch flipped. Everyone went cold. Irving and Kevin Durant put up decent numbers, but also shot a combined 9% (1-of-11) from beyond the arc.

Right now, Ben Simmons is arguably a liability while working his way back to game shape. With that in mind, rotations have to change. When both Nic Claxton and Simmons are on the floor, Brooklyn has a difficult time figuring things out offensively. As great as Irving and Durant are, the team cannot solely rely on their shotmaking abilities. Simmons, in particular, must be more aggressive as the season progresses. We know what he is capable of as a scorer in the paint, but Simmons has shown very little confidence in that area so far. Not to mention, his rebounding has been sub-par. If Brooklyn wants any chance of making waves in the postseason, Simmons has to return to Philadelphia form.

Part of that lies on Nash’s decisions. Milwaukee is a big and physical team, and far too often, Brooklyn saw undersized guards trying to box out bigger bodies such as Bobby Portis and Brook Lopez. Day’Ron Sharpe has not proven himself so far this season. He is young, and needs time to develop, but has made some mental mistakes that simply cannot happen for the team to win.

Through it all, there is some good news: it’s an 82-game season. While Brooklyn is off to a 1-3 start, there is plenty of time to figure things out. Time is exactly what they need.

As this unit continues to gel, the overall product on the court has the opportunity to look smoother than it currently does. Now, the Nets quickly need to put this loss behind them as they face Luka Doncic’s Mavericks Thursday on the second half of a back-to-back. 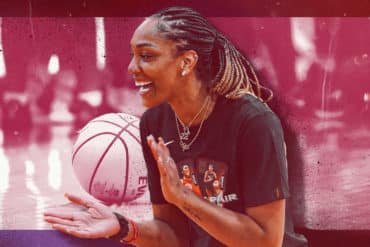