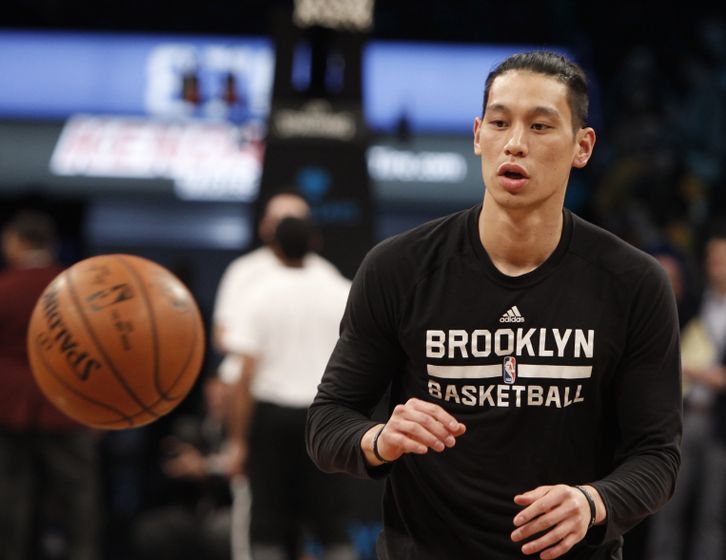 The Nets are lost without Jeremy Lin

The Brooklyn Nets are pretty much one of the worst teams in the NBA league if you’re judging them by their record of 8-33. A lot of people will say stats don’t lie, and I would agree in this case. From watching the Nets this season, they are seriously lacking the talent needed to get the wins. One of the few really talented players they have, Jeremy Lin, has been sitting on the sidelines for the majority of the season, and this doesn’t help with the problems they are dealing with.

After watching plenty of Brooklyn Nets games this season, it is extremely clear that the Nets don’t have the players to get them across the line to get those wins right now. There have been numerous close games where they have fallen short at the end. Late game execution hasn’t been clinical enough.

We all know they’re at the start of a rebuilding phase, which looks like it will take many years due to the rash decisions the previous management made. Losing all those draft picks to the Celtics for a few veteran players who were past their primes was not good, and it’s tough for the Nets to build for the future because they don’t have any picks to get a potentially good young talent who they can develop. Right now, this is just the start of the process for GM Sean Marks; he’ll have to find a way to bring talent to his team for them to compete.

There are many issues with how the Nets are playing at the moment, and it doesn’t look like they’ll get any better without the return of Jeremy Lin, who will add a little spark to this team. Each game I watch, there seem to be the same old issues that arise, and it doesn’t seem like Kenny Atkinson and his coaching staff are addressing these issues thoroughly enough. The same issues keep happening each and every game. It’s tough to watch, but when they do get the win such as from Randy Foye hitting a buzzer beater against the Charlotte Hornets, it’s very enjoyable since there has not been much to cheer about this season.

The same old problems that occur are the turnover issues, which has been costly and has hindered them immensely. They lead the league in turnovers, averaging 17.2 per game, and this is a statistic they do not want. Many of the turnovers are unforced turnovers, and this is what makes it tough to watch. It is also allowing opponents to gain extra possessions which they cannot afford.

The main problem these turnovers are happening is the way Kenny Atkinson wants to run his offense. The motion offense allows multiple players to handle the ball and due to the lack of talent and players who can play this system, it just doesn’t mesh well with the team. The players are playing a system they are not comfortable with due to the skill set they possess. Therefore, turnovers are occurring a lot.

I’ve mentioned defensive struggles a couple of posts back, and it’s still one of the main problems. Let’s face it: the Nets are never going to be a good defensive team with the roster they currently have, but they need to show some signs of improvement. They haven’t been able to string four good quarters of good defense this season, and this is a concern. At the beginning of the season, I felt it may be because of chemistry and communication issues, but now they’ve had time to gel with one another, and their defense is still just as poor.

Jeremy Lin is a player who offers stability and is someone who can offer consistent performances playing point guard. Lin likes to handle the ball and thrives when the offense is running through him. However, the motion offense just hasn’t allowed this to happen, which has been disappointing, to say the least. He can be the solution to these turnover issues. People go on and on about his turnovers, but he is much better at looking after the ball compared to his Linsanity days. Lin is competent at making plays and creating opportunities for his teammates; he has the most variety and weapon on this Brooklyn Nets roster. He should be utilized correctly and not just to bring the ball up the court to hand it over.

Even though Lin has only played a handful of games, he has played well when he has been available. It’s just frustrating that his hamstring has let him down twice now. It’s been one of those seasons for him where he just hasn’t been able to get a consistent run of games under his belt. This is the most games he has missed in a season in his career. The Nets are obviously a better team with Lin on the court; they just look so much more comfortable with him running the point guard position. It’s like his teammates were relieved to have him back. Being the veteran and leader of the team is what Lin can offer. He calms everyone down and can control the tempo of the game for the Nets. When Lin returns from injury, he may not achieve a lot of wins with the Nets, but the wins will come more regularly than they are coming now. Lin is one of the key guys on this team, and we have yet to see how good Lin is due to his stop-start season.

Right now, the Nets seem lost without Lin. It’s a tough task for rookie Isaiah Whitehead to fill his shoes. Whitehead is still learning on the job, and being a rookie point guard is tough in this league where that position is especially stacked. The Nets have no one to turn to when their back is against the wall. I’m in no way implying Lin’s a superstar or even a star, but he has a very good skillset that is extremely valuable to the Nets. He steps up in the fourth quarter and comes up big, and this is what the Nets have been missing in quite a few of their games.

It has been an injury-plagued season so far for Lin. Let’s hope when he comes back from injury, he can stay injury-free and help his team to achieve better results and performances.