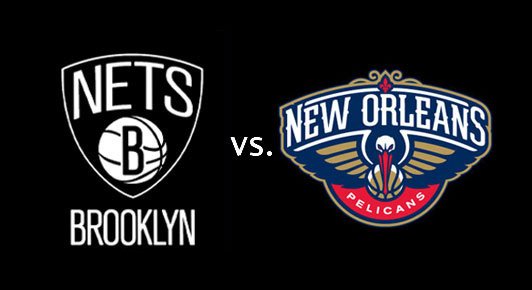 The Brooklyn Nets are on an 11 game losing streak connecting 2016 and 2017. Next in line is the New Orleans Pelicans, who handed Brooklyn one of their 11 consecutive losses a week ago. Brooklyn lost that game despite Anthony Davis being out due to a hip injury.

Davis will be in full force this time around. Davis just got named an All-Star starter for the Western Conference. As the votes may imply, Davis has been an absolute monster this season. He is averaging 28.8 points, 12.1 rebounds, 2.4 blocks, and 1.3 steals per game. On the note of All-Star votes, Jeremy Lin ended up in eighth place in fan voting despite minimal game action this season. That finish put him ahead of Kemba Walker.

For Brooklyn to end their streak they will need to play tough down low. With Davis in the lineup the Pelicans are dangerous in the paint. They can feed Davis the ball and he can finish in a plethora of ways. Brook Lopez and Trevor Booker need to be prepared to play physical with Davis to change his shots and grab some rebounds.

Last game, Tyreke Evans burned the Nets for 29 points off of the bench. Brooklyn will need to minimize the production from players such as Evans and even Terrence Jones who also dropped a lot of points in the last bout with 24.

Each and every Net needs to come ready to play. They have had two days off to rest back up after a grueling two weeks. Brooklyn can win this game, they need to win this game, but can they win this game? They fell apart in the fourth quarter the last time these teams played. Can Brooklyn overcome the fourth quarter woes and end the woes of losing by playing good basketball and pulling out a win? No one knows yet, but it will sure be interesting to see if they can pull it off.