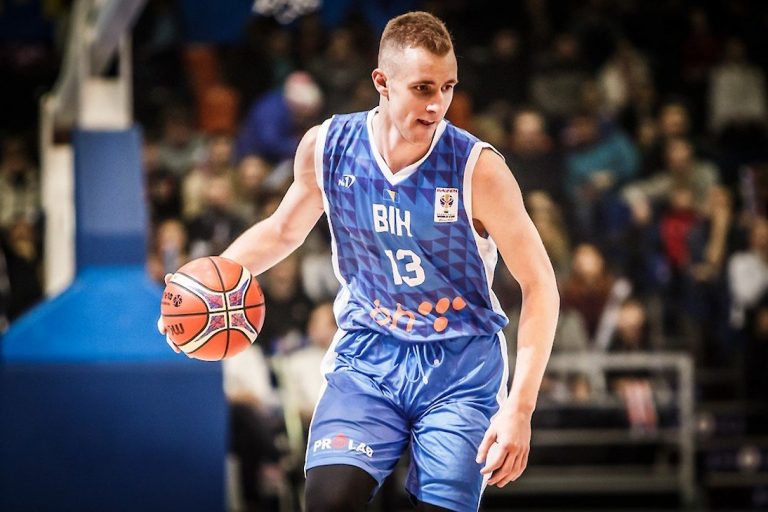 The Brooklyn Nets have always had an international flavor to their team and this year is no different. This year’s first-round pick Dzanan Musa and last year’s second round stash Aleksandar Vezenkov both decided to help their National Teams qualify for FIBA’s Basketball World Cup in 2019. Both players saw action yesterday and gave Nets fans a glimpse of what they can do on the court and what they can bring to Brooklyn.

Musa looked very good in this game. His stats might not jump off the page (3/7 from the floor, 0/3 from deep, 4 turnovers) but what went wrong doesn’t really tell the full picture of his performance or the game that was played. Musa played point guard for the entire game, was on the floor for almost the entire game (34:28 minutes played), and was doing everything he could to get a win but Bosnia looked out of sync for the entire game.

What really struck me was the lack of team chemistry. Bosnia had two NBA players on the roster in Dzanan Musa and Jusuf Nurkic but the rest of the team acted almost mad at them for their success. Whenever Musa would initiate the offense, the ball would never come back to him. Other players like Milan Milosevic or Aleksandar Lazic would instead hold onto the ball until they forced a bad shot. There were moments following rebounds that Nurkic would refuse to throw an outlet pass to Musa, instead electing to play point-center or some weird interpretation of it that would lead to a turnover or bad shot on the other end.

In addition to that, Musa looked like the only player that was trying to be a teammate during the entire game. He was the only person celebrating when something good happened and the only person trying to stay positive when things went south. There was even a time when Musa tried to help a teammate up off the ground but was instead barked at and had his help refused. It was unlike anything I have ever seen in basketball, especially at this level.

Finland took advantage of their opponent’s obvious lack of chemistry and jumped out to a 24 point lead at one point in the game. Just when I was ready to turn the game off, Dzanan Musa sparked an inspiring comeback in the 4th quarter. Under his leadership, Bosnia was able to erase the 24 point deficit but eventually lost by 4 points. During the run, Bosnia outscored Finland 32-15 and Musa contributed 5 points, 4 assists, and almost sunk a half-court shot that would’ve made it a one-point game.

Dzanan Musa showed a lot of toughness in the game, both mental and physical. He got to the free throw line 13 times and played through a difficult situation with his teammates. This performance bodes well for him going into his rookie season in the NBA. He showed that he can be the primary ball handler if needed, the ability to get to the free throw line, and close out games.

In a different situation, his stats would’ve been better. Two of his turnovers bounced off the hands of teammates and if he wasn’t playing with guys that were almost trying to freeze him out of the game, he would’ve finished with well over 10 assists. His attempts from deep don’t paint the picture of how good of a shooter he is. One attempt was a bad situation he was put in and another was a desperation heave at the end of the game. I expect Bosnia to be on the same page for Sunday’s game against the Czech Republic and for Musa to have another good game.

While Dzanan Musa had a great showing, Aleksandar Vezenkov had just an alright showing. There were positives, like his team-high 8 rebounds and 2 blocks, but what was most concerning was his inability to hit shots. He took a whopping 14 shots from the floor and only hit 4 of them while also shooting 1/6 from deep.

Bulgaria pulled off the upset win against France and Vezenkov for sure played a role in the win, but he wasn’t very efficient. He has been pegged as a possible answer to Brooklyn’s lack of stretch bigs but after a lackluster showing in this game and an understandably down season in Europe following a coach that refused to play him because of his NBA aspirations, there are unfortunately some serious questions about his game at the next level.

Bulgaria plays Russia on Sunday so Vezenkov is going to need to have a big game if he wants to show Brooklyn that he can come over and be a contributor sooner than later. He played over 34 minutes against France so he should have ample opportunity against Russia to show what he is made of.