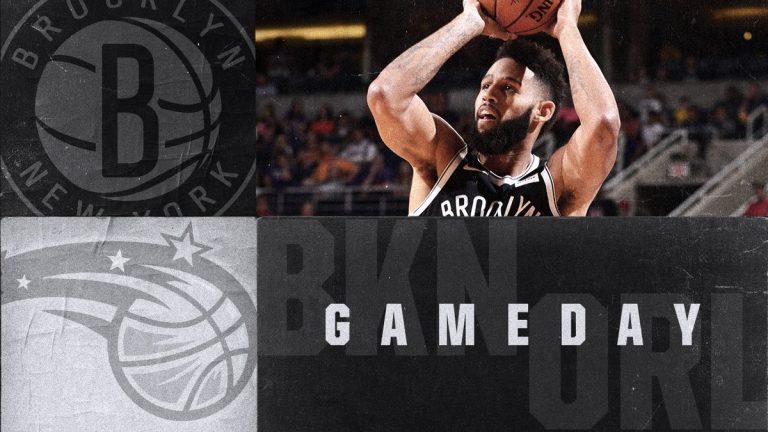 If there was a team in the NBA the Nets can relate to it’s the Orlando Magic. Even as the squads prepare to meet for the third time this season they arrive mirroring each other. Orlando lost their most recent game to the Heat in a close affair after upsetting the Pistons in an oust. Likewise, the Nets battled to the buzzer losing to their nemesis the Celtics after routing the Heat the match prior.

At season start these squads had visions of surprising their peers with a playoff bound season. Initially those dreams seemed close to reality as the Magic jumped out to 4-1 and the Nets delivered a 3-2 start. Since then the Magic have gone 8-24 and the Nets 10-20. Coincidentally, each team beat the other in those first five games with the Nets taking the first 126-121 and the Magic countering in the second 125-121.  As the teams tip off their 2018 portion of the campaign they do so knowing the season will be best served through developing their youthful talents, building solid habits and establishing an identity for their future efforts.

Neither squad is desirous of being the bottom feeder of the East and will view tonight as an opportunity to add a coveted ‘W’ to the stack. Brooklyn are at a minor disadvantage having played the night prior, but get the advantage of home court. The Nets are 1-6 on the second night of back-to-back sets with the lone win coming against the Cavaliers.

As far as entertainment value the Magic and Nets prefer a high paced, run and gun style and will fire away from the perimeter. Expect 60 plus three point shots to be hoisted as the Nets average 34.3 to the Magic’s 29.2 attempts per game.  Brooklyn holds an advantage in this area since the Magic rank 28th in perimeter defense.

As for pace again the Nets hold a slight advantage ranking fourth (102.70) whereas the Magic rank seventh (101.64). Suffice to say both teams like to keep the pace crisp and get up as many shots as possible.

An area the Nets should look to exploit is the paint where the Magic allow the second most points (48.5). This stat might be slightly deceiving however, since Nikola Vucevic’s wrist injury necessitated his replacement by the king of swat Biyombo.

If there are two players to key in on it would be wingmen Aaron Gordon and Evan Fournier who both possess the ability to light up the scoreboard on any given night. Gordon who is equally adept at driving or scoring from the perimeter delivered 39 points in his recent outing and Fournier added 23.

Which advantage outweighs the disadvantage?

The Nets are 1-6 on the second night of back to back sets and have only won twice in their past nine games. Similarly, the Magic have one win in their past 11 games and are winless in their last six road games.

While each team has a win under their belts this season the Magic hold the all-time edge 62-46. Last season Orlando took two of the three games and hold a 7-2 edge in the past nine meetings.

Despite playing last night the oddsmakers still give the edge to Brooklyn favoring them by 2 points and predict an over/under of 217.0 points.