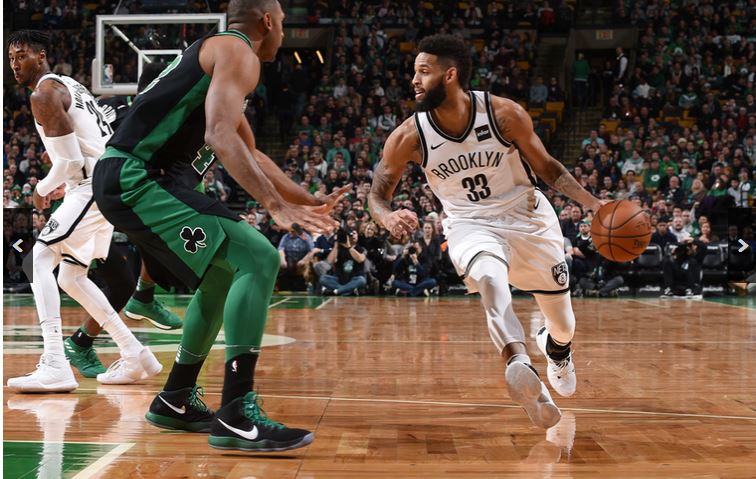 Proximity may link the Brooklyn Nets and the Boston Celtics to some degree, but in recent years that has not been the primary motivator behind the relationship between the two teams. Billy King’s disastrous trade for Paul Pierce and Kevin Garnett stripped the team of future assets before the team spiraled out of playoff contention. However, the Celtics shipped the last of their Brooklyn picks off to Cleveland in the Kyrie Irving deal, giving the Nets a good chance to put the Celtics out of their minds for a time with a win to close out 2017.

Instead of getting that cathartic victory, the Nets fell short in brutal fashion on Sunday. They almost pulled out an impressive victory on the road, but ultimately lost 108-105 to the Eastern Conference-leading Celtics. The Nets made a big comeback late, only to fall just short after a missed three from Spencer Dinwiddie. Following Brooklyn’s impressive performance against the Miami Heat, the team was not able to keep that momentum going into their next game. Here are three key takeaways from a tough loss to end 2017.

One of the biggest issues with Rondae’s game in previous years was his inconsistent aggression. Rondae would alternate flailing and doomed drives to the basket with periods where he became extremely passive on the offensive end. That issue from the past has mostly been dormant so far this year, and it certainly did not appear in this impressive outing.

Rondae led the Nets in scoring with 22 points. While he was not a paragon of efficiency (in that he took 21 shots to get those points), Rondae actually had the highest shooting percentage of any Nets starter. RHJ also was aggressive on the glass, grabbing a game-high 12 rebounds. The game might not have ended well for the Nets, but Rondae’s aggressive and effective game was a positive sign in spite of the team’s failure overall.

The Brooklyn Nets have struggled to hold onto the ball this season. Their fast pace often leads to errant passes whipped around too quickly for anyone to receive them. Spencer Dinwiddie might be leading the NBA in assist to turnover ratio, but the team as a whole is 24th in the NBA in terms of total turnovers. Brooklyn also struggles to force turnovers on the other end; the Nets ranked 29th in opponent turnovers before this game.

In spite of the loss, this game was encouraging for the Nets in terms of the turnover battle. Brooklyn coughed the ball up just nine times, well below their season average of 15.9 turnovers per game. On the other end, they forced the Celtics into 17 miscues. The Nets might not have managed to come out on top in this game, but winning the turnover battle can hopefully be built upon moving forward.

Caris LeVert started the season with an ice-cold month of October and followed that up with a mediocre month of November. LeVert lost his starting role after October and appeared to have lost a lot of confidence early in the season. Despite struggling in the first few weeks of the season, LeVert followed up his tough first two months with an excellent run in December.

LeVert closed out his strong month of December on a high note with his game against the Celtics. He finished with 16 points, seven assists, and six rebounds against Boston, including a couple of three-pointers. Caris LeVert has looked more like himself in recent weeks, and his recovery in the month of December is a strong sign for his future given the disappointment of his start to the year.

The Nets are back in action New Years Day as they play host to the Orlando Magic.