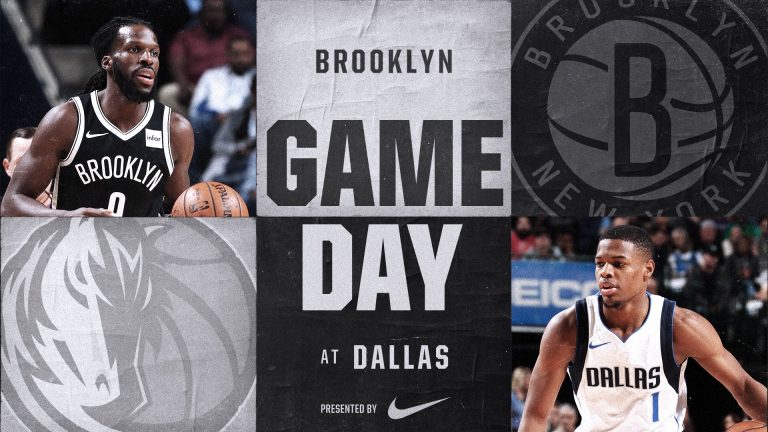 Ah, the Brooklyn Nets will be battling the Dallas Mavericks, the team with the worst record in the Western Conference. This should be a gift to cap November off, but the Nets should not be too complacent.

Brooklyn is coming off a painful loss to the Mavs’ state neighbors, the Houston Rockets, on Monday. At least this time, the Nets do not have to face a legitimate Western Conference contender, and they also will not be on a back-to-back. (Side note: My sincerest apologies to David Fizdale, since he was fired after the Grizzlies’ loss to the Nets. “Take that for data” will live on forever.)

Fortunately for the Nets but unfortunately for the Mavs, Dallas is also writhed with a bit of turmoil. There is the team’s record of course, but also the uncertainty regarding Nerlens Noel‘s future with the team. Noel started off the year with significant playing time (18.2 minutes per game through the first 11 contests). Since then, he has only racked up 3.6 minutes per game in the last seven games he played. His status is unknown for Wednesday night’s contest, and he was active on Monday against the Spurs but did not play.

Even with all of this drama though, the Mavs have managed to sneak away with some impressive wins recently. There was Harrison Barnes‘ buzzer-beating fadeaway that led to a 95-94 win over the Grizzlies last Wednesday. (Memphis just cannot catch any breaks.) Then, there was the 97-81 victory over the Oklahoma City Thunder just three days later. If you are doing the math, that accounts for 40 percent of the Mavs’ wins, and they all happened in the last week.

Nets fans will get to see two familiar faces on Wednesday night: Devin Harris and Yogi Ferrell. Harris, one of my all-time favorite Nets, is pretty damn old now (34 years old) and has been with Dallas for the last four seasons. The other familiar face is on the opposite end of the spectrum. Yogi Ferrell, who was known for a while as the guy who Spencer Dinwiddie replaced, was in Brooklyn very briefly last season amidst all the Nets’ point guard injuries. Of course, Ferrell’s sudden burst in Dallas last season led to some speculation over whether giving Ferrell up was the right move for the Nets. With Dinwiddie’s recent play, most, if not all, doubt has been quelled, however.

Dinwiddie has been killing it for the Nets and in the team’s never-ending point guard injuries, he has served as a valuable component of the team. His 6.1 assists per game lead the team, and he has had some sublime performances, like his 20+ points, eight assists bursts against the Jazz and Warriors. The Nets should be in good shape if he does well on Wednesday night.