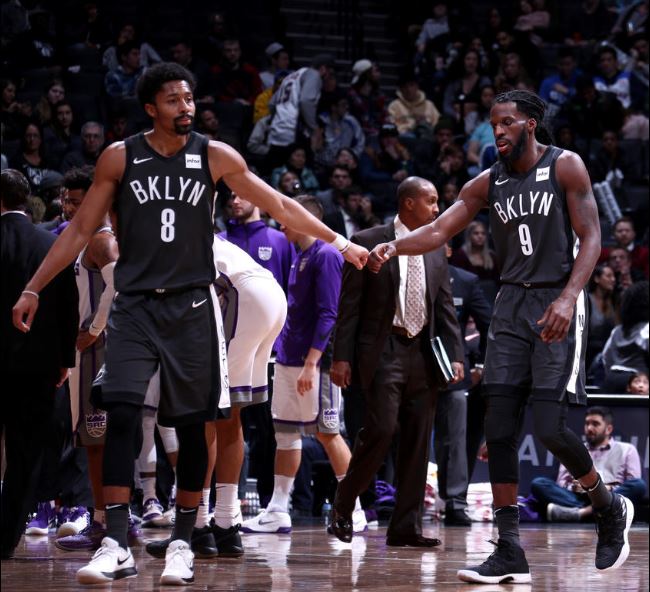 How To Net The Win: Brooklyn Nets at Sacramento Kings 3-1-18

Battle of the Lower Tier:

As the majority of teams jockey for the stretch run eight squads know they’ll be making vacation plans in April instead. Of those eight teams only the Brooklyn Nets aren’t in full on tank mode. This because the Nets forfeited their draft picks with the now infamous trade with Boston which bankrupted the future talent of the franchise. Thankfully this is the last draft some other team will be benefiting from the Nets draft pick.

That team is the Cleveland Cavaliers who Brooklyn came close to defeating in their last match. Although the Brooklyn Nets are mired among the lowest tier of teams they compete nightly and never mail in their efforts.

Since the Nets have nothing to lose they can play without the adding pressure of needing to win. Rather, the squad can play spoiler for the remainder of the season. Hey, the team has nothing to lose by winning and could climb up the ladder a few spots and in the process hopefully make Cleveland’s pick fall a few spots later in the draft.

The other reason to win is to teach the existing core and build toward next season when the Nets will once again start fresh with renewed goals and focus.

The guts of the team are in place, and while there are some quality pieces in place the reality is some of those pieces aren’t suited for the style Kenny Atkinson wishes the team to play. That said, the return of D’Angelo Russell, Rondae Hollis-Jefferson and Caris LeVert is finally affording opportunity to build chemistry. Moreover, it provides Sean Marks with the chance to view his prospects and determine offseason objectives.

The Kings are in a different mode right now opting to get their youngsters as much experience as possible. Although Sacramento would never overtly state they are attempting to tank the reality is they are. It’s a precarious tightrope to walk because attempting to lose is never a trend you want your youngsters embracing.

To that end, a few of the Kings prospects are experiencing growth and producing despite the losses. Specifically rookie De’Aaron Fox, big man Willie Cauley-Stein,  Justin Jackson and sixth man Buddy Hield are all showcasing qualities GM Vlade Divac can look to augment as the Kings attempt to restructure this offseason.

Diving into the statistics offers insight into where the squads differ.

History: The all-time record between the squads features the Kings holding the advantage 48 to 38. Last season the teams split the season series. Earlier this year the Kings took the initial meeting by narrow win margin 104-99.

Odds: In a rarity the Brooklyn Nets are favored by a single point over the Kings and the over/under is 214 points.