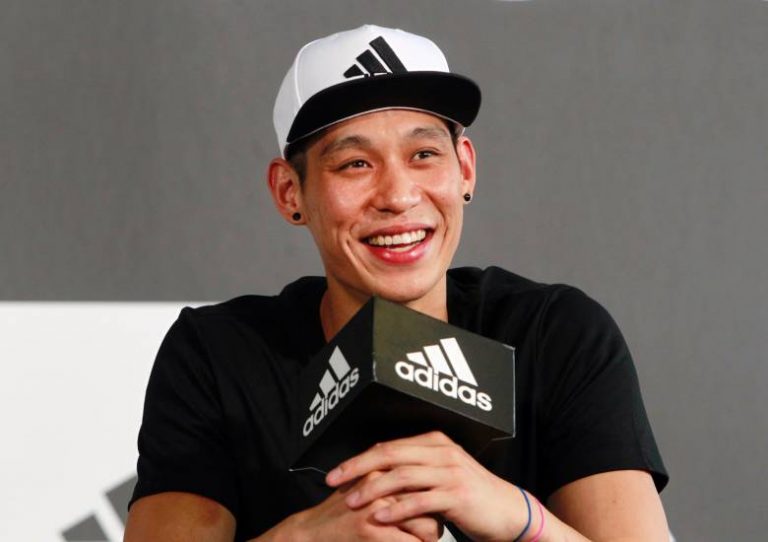 Massive Season Ahead for Jeremy Lin

Next season is going to be a massive year for Jeremy Lin. It’ll definitely be his most important one to date since Linsanity. Ever since Linsanity broke out, it hasn’t been plain sailing for Lin. It has been more of a roller coaster journey. By signing with the Brooklyn Nets, Lin will have the opportunity where he can hopefully showcase his skills and flourish under his new coach.

Lin is going into the 2016-17 season as the starting point guard for his new team, a position where he has said he wanted to be in. Lin will have to make his mark quickly; he cannot afford to get off to a slow start. The Brooklyn Nets faithful will expect him to produce the goods fairly soon as he is one of the more experienced players on their roster. Being one of the senior players, he has to show he is a capable leader as well. To achieve this, he has to go out and show how good he can be and perform at a high level. He will have to get the job done and lead by example. By get the job done, I mean he has to demonstrate he can do a bit of everything: defending, facilitating, and scoring.

Being a starter is one of Lin’s career goals and he has achieved this goal in the past, before it was taken away from him. Now, he has to nail down that starter position for years to come, season after season. During his time in Houston, he was a starter in his first season. That didn’t last for long, as he was replaced by Patrick Beverley and was downgraded to the bench, which a lot of people found unfair. This scenario will unlikely happen again, but it all relies heavily on Lin playing up to his coach’s expectations.

Nets’ head coach Kenny Atkinson believes in Lin to succeed as his full-time point guard, unlike his previous coaches, who lacked trust and patience with him. The relationship between Atkinson and Lin will be different to other coaches Lin has had because Lin knows where he stands. This removes any uncertainties and gives Lin a better platform to succeed. Lin stated that “he wouldn’t have considered Brooklyn as a destination if it wasn’t for Kenny Atkinson,” which says a lot about his connection to Atkinson.

At 28 years old, Lin is at an age where he has to find a home. He is going into his peak years, which is when he should be at the top of his game. Throughout his career, Lin has hopped from various teams, and this is not how his career should be now. In his six years in the league, he has played for five different teams. Unable to find a home, Lin has had a lot of settling in to do, which has impacted his consistency as a player. He is constantly learning new roles and systems from different team environments.

Lin mentioned that “he is tired of moving around the country,” trying to find the team that would give him the opportunity to flourish. That opportunity didn’t emerge until this offseason, when the Nets gave Lin a reasonable contract. This may have been somewhat lower than what Lin deserves, comparing to what other players have been offered this offseason. Moving from team to team has become a trend for Lin, and it is now time to find that team that will allow him to play without worrying about him having a few bad games. This is where the relationship between Atkinson and Lin is so important, and Atkinson can take Lin’s game to the next level.

There is a lot of pressure on Lin’s shoulders and an added weight of expectations since he was the biggest signing of the summer for the Brooklyn Nets. The franchise and fans expect him to perform and get them excited again after another miserable season. Lin is a player that can get them off their seats, and he can go off on any given night, which we haven’t seen enough of. He can go from 0-100 instantly and when he is in his best form, he has the potential to take over games singlehandedly.

Lin will be going into the season knowing this is a huge year for him. It is time to seize the opportunity that has presented itself for his strong performance with the Hornets last year. Lin is in a more favourable situation compared to when he signed for the Houston Rockets as a starter back in 2012. He is much more experienced and prepared than before. Atkinson will be a big factor for Lin. Knowing the coach wants him on his roster and that he is a key part of the rebuilding phase will give Lin a lot security and less to worry about.

Whatever happens next season, Lin has to perform and contribute positively for his team. Otherwise, he may not get this chance again in his career. This is an opportunity he cannot let slip away. It is sink or swim time for Lin, and he is more than capable of completing the latter. He has waited three years for this opportunity and will make sure he will be successful in Brooklyn.