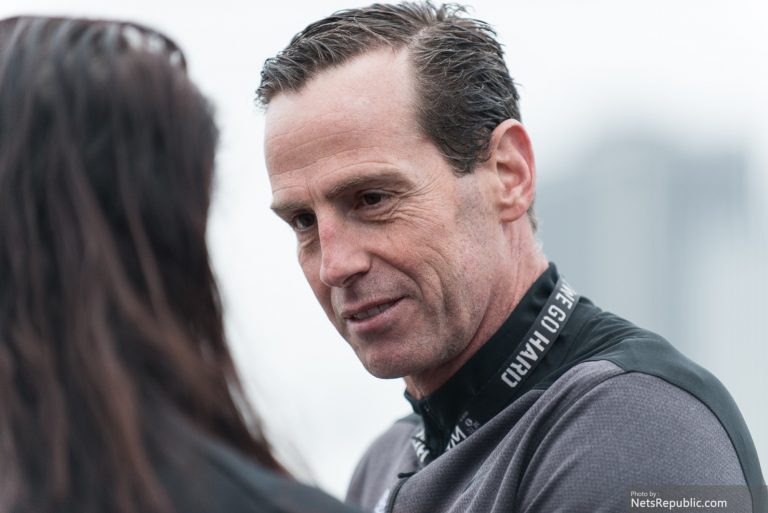 “I think what we debated and what we deliberated on was this was a time where the team needs another voice, and that’s where we are at.”

That’s how Nets GM Sean Marks described the rationale for Kenny Atkinson’s sudden “mutual agreement” with the club to terminate his contract just 11 months after agreeing to a contract extension. At the time of the extension, the Nets were on the verge of completing their most exciting season in Brooklyn. Atkinson, and his staff, had molded a group of hodgepodge veterans and unproven young players into a scrappy, fun, playoff team. The 2018-2019 season attracted Coach of the Year buzz for Kenny Atkinson, and further advanced Brooklyn’s reputation as being built on a foundation of Spurs-ian* values like ‘family’ and ‘culture’.

Many viewed that development as central to the franchise-altering summer Brooklyn would soon experience. As the winners of the Kyrie Irving and Kevin Durant free-agent sweepstakes, the Nets were catapulted out of plucky-underdog status, entering a new stratosphere of NBA reality comprised of championship expectations, and all the baggage that comes with them.

Yet, despite all that baggage, only amplified within the New York media sphere, Kenny Atkinson’s job status seemed as stable as ever. Kevin Durant even cited his “YouTube Research” on the head coach as a motivating factor to take his talents to Brooklyn.

“I really liked his approach to his craft as a coach. And that’s what drew me in pretty quickly,” Durant said during the team’s season-opening press conference.

All signs pointed towards Atkinson at least having the opportunity to coach the Nets into the 2020-’21 season, to see how Brooklyn would coalesce around their two superstars with a possibly-revamped supporting cast. Now, the coach who Sean Marks hand-picked to help execute a strenuous, four-year rebuild with will have to watch Brooklyn’s championship chase from afar.

How did we get here?

Nobody knows, really. It would be hard to overstate how surprising it was for Nets fans to wake up Saturday and see Kenny Atkinson was no longer the head coach.

At his precisely vague press conference Saturday afternoon, Marks described the move as a decision resulting from long discussions between himself Nets owner Joe Tsai, and Atkinson.

“I would like to get specific and granular on all different types of things. But, at the end of the day, this is a compromise that both Kenny and I and ownership came up with,” he said.

Marks, a two-time ring collector in San Antonio, says he viewed a head coaching change as essential for a Brooklyn team “trying to take this program from where we are now to another level.” Whether you believe that Kenny Atkinson also saw the situation in that light (you shouldn’t), doesn’t take away an all-too-familiar question that accompanies any high-profile coaching change: Did the team’s stars want him out?

When asked about that possibility, Sean Marks said that Kevin Durant and Kyrie Irving factored into the decision “the same way all 17 players factored into it.”

That curt answer certainly won’t do much to dispel rumors of discontent from Brooklyn’s all-important duo. Despite that, the limited information we have about Atkinson’s ouster implies a more complicated situation than simple star-coach disconnect. According to Ian Begley and Corey Hersch of SNY, multiple Nets players felt Atkinson had lost a decent portion of the Nets locker room.

The sometimes-grating, intense coaching style of Atkinson that propelled individual development on bad teams (see: Joe Harris, D’Angelo Russell, Jarrett Allen, Spencer Dinwiddie) earned him a reputation as a player-friendly coach. Perhaps that style wore off in his fourth year, coaching a team with established veterans expecting to compete in the playoffs. Perhaps it is why Nets fans didn’t see the leap from Taurean Prince they expected to see.

Renowned NBA-knower Zach Lowe brought up the relegation of DeAndre Jordan to a bench role, and how it may have caused distance between Atkinson and the players. While Lowe opines that it was unlikely any real noise was made about Jordan’s bench role to the staff, the fact that the KD-Kyrie-Jordan trio made a collective decision to sign in Brooklyn to play together may have been a below-the-surface source of tension.

Regardless, all Nets fans have at this point is speculation, both about the past and the future.

Sean Marks announced that former lead-assistant Jacque Vaughn will serve as the interim head coach for the final quarter of the regular season, and any playoff games the Nets may secure.

As many pointed out, the best coach on the open market right now is…Kenny Atkinson. One particularly fun-yet-plausible theory is that Atkinson’s departure is the first domino in luring Gregg Popovich to Brooklyn.

The connections between Brooklyn and San Antonio extend far beyond monochromatic uniforms. The post-Billy King Nets made a point of instilling a distinct consistent culture prioritizing player health and communication, modeling themselves closely after the Spurs dynasty. As mentioned before, GM Sean Marks spent eight years in total in San Antonio. Jacque Vaughn and assistant coaches Bret Brielmaier and Tiago Splitter both played or worked with Popovich.

More anecdotally, Popovich has experience coaching Irving and Durant (and Jordan) with Team USA Basketball. Marks made it clear he and Atkinson had mulled this decision over for a bit of time now, but it wasn’t announced until the day after a floundering San Antonio made their only visit to Brooklyn of the season (and got crushed).

Again, for now this is all just speculation. Popovich has built a singular legacy as an NBA coach, winning five titles in one city over the course of two decades straight of winning seasons. He has never had to face a rebuild, though, which seems inevitable considering the strength of the Western Conference and jumbled nature of the Spurs roster.

Popovich might not even entertain the notion of leading Brooklyn to a title. Retirement is on the horizon for the 71 year-old coach, who hasn’t taken a day off since the late ’90’s. Yet, he remains an obvious target for a franchise desperate to take that next step Marks discussed in his press conference. In 2019, the Nets were the story of the summer, landing the biggest prizes of free agency. Brooklyn has a chance to do it again this summer, thanks to one of the most surprising coaching decisions in recent memory.