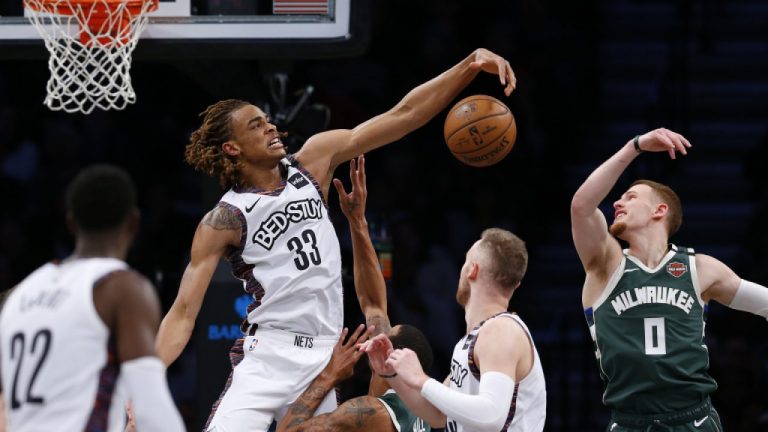 The Brooklyn Nets’ first game at the Barclays Center in 10 days saw them taking on a Memphis team clinging on to the 8 seed in the Western Conference Playoff Race.

The Grizzlies, coming off a huge 39-point win in Atlanta, had the benefit of an off day before the contest, as the Nets had finished off a wild comeback win in Boston not 24 hours prior.

At first, however, the Nets seemed like they were going to match the energy of the young, uptempo Grizzlies. Midway through the first quarter, Memphis took a timeout after Taurean Prince‘s third basket put the Nets up 13-6. The Grizzlies came out of that timeout ready to play, though; Likely-R.O.Y. Ja Morant and peripheral young guys like Josh Jackson and Tyus Jones started taking it to the teeth of the Nets defense. The Grizz finished the quarter just down 1, aided by some awful Brooklyn three-point shooting, which would turn into the theme of the night.

The second quarter, though, featured the Nets failing to make a run of any sort. Brooklyn’s defense was scrambling but succeeding in keeping the Grizzlies at bay throughout the period, but the three point shots were simply falling short far too often to build any real momentum.

The lack of rest also seemed to dissuade the Nets from taking the ball into the paint against a physical, aggressive Grizzlies defense. Spencer Dinwiddie did score a quick four points on back-to-back drives, but only took one more two-point shot the rest of the night, and finished with just four points. The hero of Tuesday’s game, Caris LeVert, did what he could, but the legs weren’t there and he eventually finished the game 6-19 from the field.

By the end of the second quarter, the bends in Brooklyn’s defense started to break; Grizzlies behemoth Jonas Valanciunas had his way on the interior, Tyus Jones just kept outpacing the Nets’ guards, and the halftime score was 52-45, Memphis.

The Grizzlies started the third quarter on a 12-2 run, and the Barclays Center never regained the energy it exuded early in the first quarter. The Nets starters took turns missing three pointers on predictably bland offensive possessions, and the Grizzlies would not hold a lead below 10 for the rest of the night. Sudden minutes-getter Chris Chiozza hit some shots and mixed some ankles, who was the lone bright spot for a team that shot 30-90 from the floor.

Memphis wore their young-and-fun reputation on their sleeve as the second half quickly deteriorated into a ‘What was the score?’ style blowout. Former Suns flameout Josh Jackson was all over the court, exposing a stale Brooklyn frontcourt to lead all scorers. Kyle Anderson halted every Nets mini-run with some impossibly-slow-footed floater or steal or rebound.

Even Memphis’ backups’ backups started hitting from deep in final few minutes of organized pickup basketball, and the end result was another 39-point road win for the Grizzlies, 118-79.

One minor storyline on Wednesday night was the prospect of Nets fans getting a glimpse of springy rookie Nicolas Claxton tonight, as usual backup-center DeAndre Jordan had logged 35 minutes vs. the Celtics. Perhaps surprisingly, Kenny Atkinson opted to keep him out the rotation for the night, even in extended garbage time.

Ultimately, for the Nets, the game played out in an unfortunately predictable manner, as all the clichés about a back-to-back in two different cities came true. It was certainly a disappointing way to arrive back at the Barclays Center after such a thrilling overtime win the previous night, but an 82 game schedule will put you in a few tough spots between October and April.

Brooklyn will look to finish off this short home-stand with winnable games vs. the Bulls and Spurs, before heading on their final Pacific Coast road trip of the season. Hopefully, the Nets can compartmentalize this loss quickly and solidify their playoff position heading into the final stretch of the year.