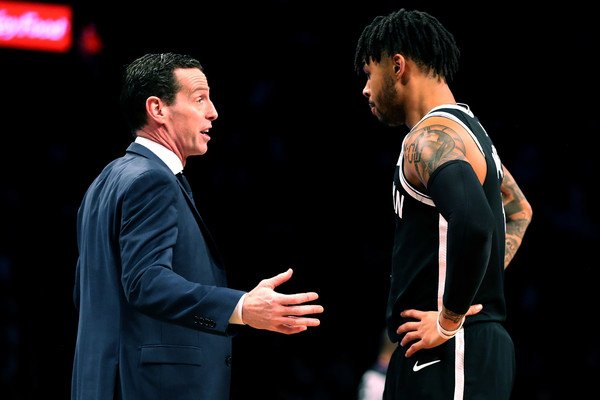 In the two seasons, Kenny Atkinson has held the head coaching role for the Brooklyn Nets, not a single Net has averaged 30 minutes per game. Just in 2017-18, over 80 NBA players averaged at least 30 minutes per game. DeMarre Carroll last season and Brook Lopez the year before both gently caressed that 30 mpg threshold with 29.9 mpg and 29.6 mpg, respectively. However, rounding up is for the birds here so the threshold remains unpenetrated.

The days of consistent 40 minute loads of individual players have been gotten the Thanos snap over the past decade. In the 2007-08 season, 15 players surpassed or equaled LeBron James’s league-leading 3,026 minutes for 2017-18. Quick aside, one of those players actually was LeBron James as if we cannot marvel at his longevity enough. An astounding 31 qualified players from 07-08 equaled or surpassed LeBron’s league-leading 36.9 minutes per game for 17-18.

Of course, there are valid reasons for such a decline in heavy minute loads. The depth of NBA benches has steadily improved, especially now with the advent of two-way contracts. Teams are also more proactive in stemming late-season fatigue and physical breakdown with strategic rests. Coaches more frequently fiddle with matchup-specific lineups.

Kenny Atkinson undoubtedly would refer to all the reasons above for his minutes allotment. The Nets lack a true star after years without a lottery pick or a playoff berth. The lack of franchise cornerstones allows Brooklyn to give more rope to younger prospects along with its capable veterans. The Nets also remain stringent on allocating proper rest to its players, even without playoffs to prepare for. The Nets famously inactivated Brook Lopez and Jeremy Lin for the 2016-17 season finale in order to follow internal protocol. Finally, Atkinson is not immune to trying experimental lineups in the hopes of gold even in crunch-time of close games.

Whether playing Caris LeVert as the nominal point guard, Trevor Booker or Dante Cunningham as the nominal center, or even both D’Angelo Russell and Spencer Dinwiddie together, Kenny Atkinson will not shy from asking multiple roles from his players depending on the opponents.

However, those reasons given still do not completely quell the question of how far can Atkinson’s approach to minutes go if it has not gone too far already? The extremes of Atkinson’s potential radicalism get pushed farther once one figures the 2018-19 Nets roster should be the deepest roster he has ever had. With Atkinson’s growing history, every single player should expect 10+ minutes a game if they hit the court. In Coach Atkinson’s two seasons at the helm, there have been a combined 117 individual seasons where a player played at least 10 games and played less than 10 minutes per game. Only one of those seasons came from a Brooklyn Net (Chris McCullough played 5.1 mpg in 14 games in 2016-17). Below is an effort to estimate how those minutes might get distributed for the main 14 player roster:

Of course, since there are only 240 total minutes available in an NBA game, this distribution would require at least 2 players, likely often Musa and Dudley, inactivating and two more wearing the DNP-coach’s decision chain. Expect the Nets to act with extreme patience with injury recoveries as there seldom shall be a rush to refill a spot in this crowded rotation. Atkinson might truly create a Frankenstein’s monster with his egalitarian system next year. No one knows how Kenny Atkinson will fare if a newly styled roster comes along a few years later.