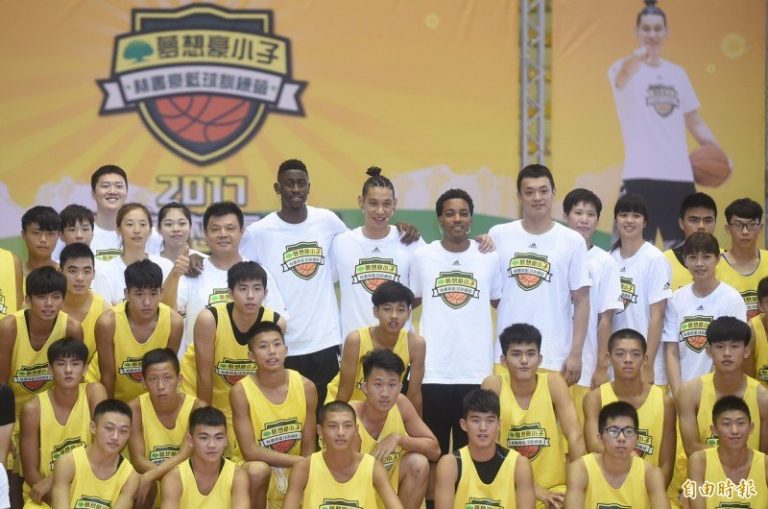 After a busy couple weeks at Las Vegas Summer League, it’s time for the Brooklyn Nets to take some constructive R&R. Jeremy Lin is using the time to open his series of skills camps across Asia and this time he took teammate Caris LeVert with him.

Earlier today, Lin and LeVert opened up the Jeremy Lin Basketball Camp in Taichung, Taiwan while taking part in some festivities that included eating suncake in addition to passing on their knowledge to campers. The day concluded with both Nets players being mobbed for autographs by fans as they left camp.

Fans just won’t let Jeremy Lin & @CarisLeVert get on the van and leave the camp. pic.twitter.com/XQpEZjHEd5

Personally, I love waking up to things like this. A lot of young players would take the downtime between Summer League and preseason to hang out on a beach somewhere or hit up concerts but Caris LeVert is out here giving his time to the next generation while also seeing parts of the world he never has before. It’s also great to see Jeremy Lin continue to be a leader that is constantly looking to connect with teammates.

As this young team ages, they will need to find ways to get to know each other off the court. Former Net Brook Lopez would take players to Disney World, so it is nice to see Jeremy Lin step up and reach out to teammates to create opportunities like this. It’s the little things like this that lead to chemistry on the court and help mature players off it.

Summer is just kicking off for the young Nets players that were in Vegas. Hopefully, this is just the beginning of the bonding in Brooklyn.