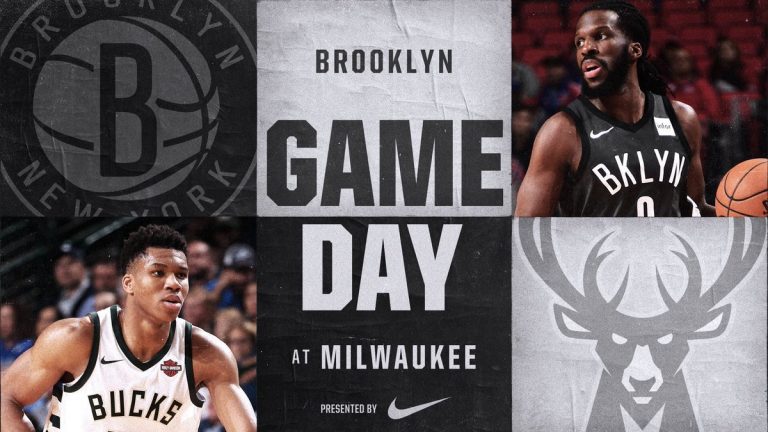 It’s been a tough couple of days for the Brooklyn Nets. After gaining some momentum by toppling the Miami Heat and Detroit Pistons in consecutive games, they lost it against the Oklahoma City Thunder on Tuesday when Russell Westbrook dropped in the game-winning layup to hand the Nets the 109-108 loss. That defeat was entirely avoidable and came about after Brooklyn gave up 35 points in the fourth quarter.

The Milwaukee Bucks have had a somewhat relaxing week. They haven’t suited up since Monday, a 109-105 win over the Phoenix Suns, and that slew of off days has allowed Giannis Antetokounmpo to get over his knee soreness without his absence being detrimental to his team. Giannis is likely to return Friday. The Bucks are 1-1 without him.

Brooklyn’s two-day rest period is adequate as well, but fatigue isn’t their issue. This game against Milwaukee, who’s 24-22 overall, is winnable. We can make that claim because we’ve seen all season that the Nets can compete with anybody when they’re playing well. But we’ve also watched them fall apart on various occasions.

It’s sometimes nauseating to watch the Brooklyn Nets play in the fourth quarter. That was the case against the Thunder. The Nets didn’t play atrociously, but it didn’t align with the rest of the game. Oklahoma City put up 35 points on 13-of-22 shooting in that period, and Brooklyn countered with 23 points on 9-of-17 shooting. It was a grand disparity, and that’s because Brooklyn played conservatively.

Thanks to Raymond Felton, it took three minutes and five seconds for Brooklyn’s lead to shrink from 10 to two. They couldn’t gain any momentum from there. That run happened because of poor defense, a tune to which they sing along all too often.

Oklahoma City, of course, has the weapons to mount a seismic comeback. But it wasn’t Russell Westbrook or Paul George who led it — it was Raymond Felton. Milwaukee is also top heavy with regards to their talent. If their role players get hot, it’s much easier for Antetokounmpo and Eric Bledsoe to go to work.

The Nets also had their aggression wane on the offensive end. In the third quarter, the team shot 14 threes and nine free throws, making three and seven, respectively. In the fourth, they hoisted six threes and only four foul shots, making three and two, respectively. Even with that abysmal mark in period three, the Nets still managed to shoot 40.6 percent heading into the fourth, and the majority of them were outstanding looks.

It was another case of not being aware; young teams struggle in those situations. It’s a learning process for them, and those who were with the team last year weren’t used to being competitive on a nightly basis. The most peculiar stat was how Joe Harris got just two shots in the fourth despite going 5-of-8 beforehand. That’s something the coaches have to work on the guys with.

Milwaukee is the worst rebounding team in the NBA. They’re the only team not bringing down at least 40 boards a night. Brooklyn is fourth in that department and had 45 on Tuesday; the Thunder had 50 and are sixth overall. Jarrett Allen was the Nets leading rebounder with 11, which was a season-high. Attacking the glass will create some additional opportunities, and that could help make or break the game.

Jahlil Okafor has the reputation of being a solid rebounder. That hasn’t been the case this year because of limited minutes, but maybe Kenny Atkinson decides to let him roam for a little bit longer than usual to see if can’t haul in some boards, get some easy buckets and help build his confidence.

That situation, of course, is contingent on the Bucks’ rotation and how the Nets are faring defensively. It’s impossible to run Okafor and Allen together, but maybe the former gets some of Tyler Zeller’s minutes and matches up with John Henson or Thon Maker.