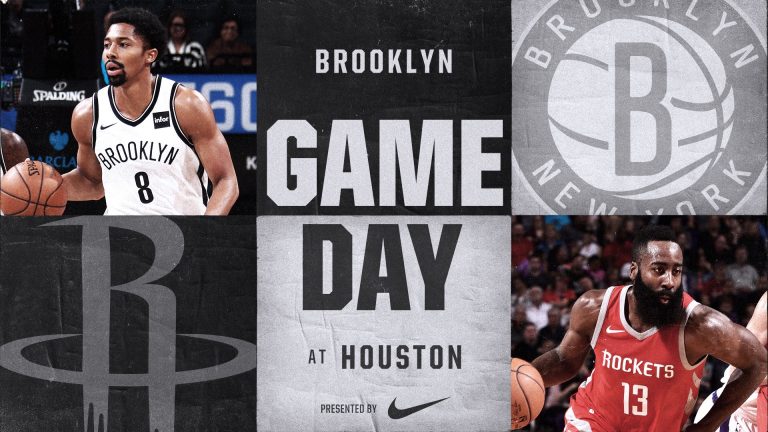 Are you interested in a game where no defense is likely to be played while both teams have a legitimate chance to score 125 points each? This is the game for you. The Rockets and Nets are two of the three most explosive teams in the league, and things are going to get wild.

Brooklyn will be on the second half of a back-to-back, where the team escaped Memphis with a win in a game that was all over the place. Houston got Sunday off and beat the New York Knicks on Saturday. Since this is projected to be a shootout, the focus is going to be on two guys — James Harden and Spencer Dinwiddie.

Both of those players are the conductors of their respective offenses; without them, things get stagnant. There is, clearly, a grand talent disparity between the two. We cannot, however, dismiss the Nets entirely because anything is possible once they get hot.

Harden has been on an absolute tear, averaging 31.4 points and 9.8 rebounds as he cans triples at a rate of 39.4 percent. The first two stats lead the league, and the last is a career-high. Dinwiddie, who is not as dynamic, has been the Nets’ motor as of late. He, like Harden, is playing the best basketball of his career.

In eight starts, the 24-year-old is putting up 15.6 points and 7.3 assists, and it is his decision-making that has generated a lot of attention. Dinwiddie does all the little things. He controls the pace, settles the offense when the Nets are rattled and is just an overall stable presence to have out there. That leadership is crucial when going up against a Rockets team that does not mind the game getting messy.

Houston has been playing incredible basketball, but the Nets could surprise the Rockets since a defensive slugfest is unlikely. Harden is going to have an exceptional game because that is what he does. Dinwiddie does not have to go shot-for-shot, but Brooklyn needs to put forth a total team effort.