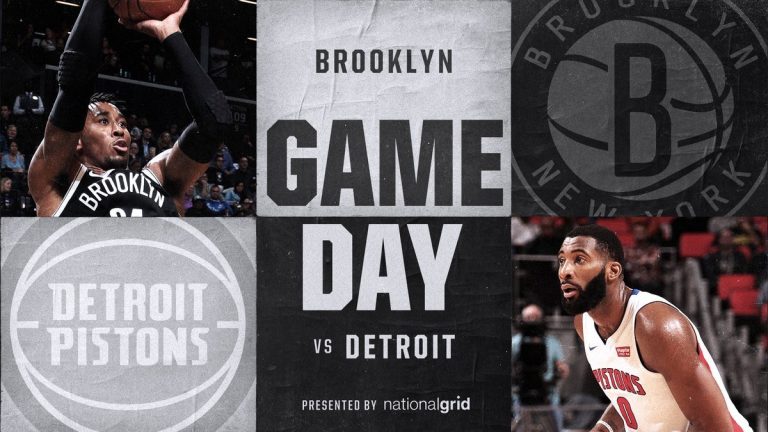 It’s been a rough couple of days for the Brooklyn Nets. Since New Year’s Eve, Brooklyn has slipped to five and three. And all three losses have been crushing. The most recent two, however, have drawn the ire of fans and players. The officiating late in the game has been an issue, and the Nets just aren’t getting calls that other teams are. Fortunately, crunch time officiating is a league-wide problem.

The referees aren’t the only reason behind the Nets’ two-game skid. Despite playing soundly on both ends of the floor, some areas need cleaning up.

Brooklyn’s offense has been all over the place. After the Boston Celtics limited them to just 85 points, they bounced back and dropped 113 on the Toronto Raptors in overtime. Even before those games manufacturing points was a struggle. The Nets mustered just 98 points in their victories over the Orlando Magic and Minnesota Timberwolves.

During that four-game stretch, just four players are connecting on at least 40 percent of their field goals: Spencer Dinwiddie (47.5 percent), Tyler Zeller (47.8 percent), Joe Harris (51.4 percent) and Jarrett Allen (83.3). Overall, the team’s percentage is 41.2, and that dips to 34.5 when they extend out to the three-point line. The looks just haven’t been falling, plain and simple. Moreover, the aggressiveness is waning, and Brooklyn’s attempting 21 fouls shots per game, down from their season average of 24.1. The most significant issue with the stagnant offense is turnovers, and that impacts the look they’re getting.

When a team is sloppy with the basketball, there’s no rhythm. A jump shooting team with no rhythm is a recipe for disaster. Brooklyn committed 16 turnovers against Toronto and Boston, who had 15 and four, respectively. That’s not too bad, but only dishing out 18.0 assists make it considerably worse. The ball isn’t moving that well, and that’s also a product of particular lineups that Kenny Atkinson throws out.

The offense is much more lively when Dinwiddie or LeVert are handling the rock. Atkinson must figure out a way to stagger their minutes so that one is on the court at all times. Combined, they’re accounting for 11.8 assists over the last four.

Keep Up The Defensive Intensity

Brooklyn has avoided blowouts because they’ve turned it up defensively. It’s encouraging to see. Opponents are shooting just 40.3 percent from the floor and producing 98.3 points a night, which are second and third, respectively, over the last four games. The Nets have also done a tremendous job protecting the three-point line and are allowing a league-low conversion rate of just 23.4 percent.

The pace has slowed down slightly, but the Nets just look more engaged on that end of the court. Atkinson and the coaching staff may be spending more time teaching the schemes and strategies, or the players took it upon themselves to play lockdown D while they figure out their offense. Whatever happened, it’s working.

Jahlil Okafor is the lone player with a defensive rating over 100 during the last four games, but expect him to come around as he becomes more comfortable with his new team. Given the all-around improvement, it’s safe to say that, even though Atkinson is helping, the players are more engaged on that end and are taking it more seriously. Jarrett Allen and Quincy Acy will be tasked with keeping Detroit’s bigs in check, while LeVert, Dinwiddie and Rondae Hollis-Jefferson do their part to hassle the guards.

The Pistons, who have come back to Earth after their electrifying start, also have issues on the offensive end. The Brooklyn Nets could steal this game so long as they maintain their intensity and put pressure on a struggling offense.

History: This is the first of four meetings between the squads this season. Last season the teams played three times with the Nets capturing two of the three victories. The all-time record of the squads has the Pistons ahead 103 games versus the Brooklyn Nets 68 wins.

Odds: The oddsmakers opening line had the Detroit Pistons favored by 2 points with an over/under of 204 points. Notably, most home teams get an automatic two point edge, so the oddsmakers believe the Pistons will likely win by four points.