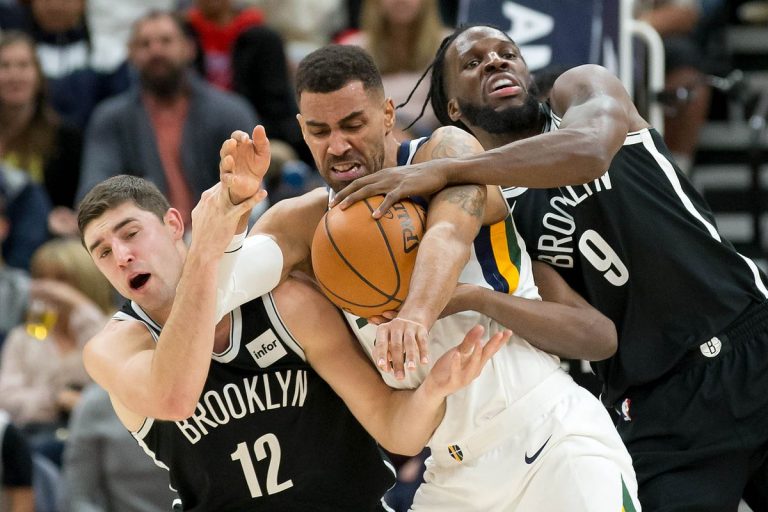 Brooklyn will be looking to respond to the Sixers loss with an improved showing against the struggling Utah Jazz. The Jazz, who are a notoriously stingy defense, rank outside the top 10 (13th) in an area they were historically good at last season. The Nets, meanwhile, are top 10 in offensive rating and have seen things humming on that end of the floor in the first quarter of the season. Here are a few other things to watch for as Brooklyn search for their 9th win of the season.

Utah have had troubles on the offensive end to say the least. Their issues have been highlighted by the fact they are 25th in the league for first quarter scoring with 25.9 points in the period. Brooklyn are over two points better (28.1), good enough for 12th in the league.

The Nets are even better when taking into account their average first quarter margin in the first quarter. They have a +1.4 advantage in the period which has them 5th in the league, behind only Portland, Philadelphia, Oklahoma City and Toronto for the stat.

D’Angelo Russell will play a massive part in the team continuing their solid starts. If he can run the floor and score at will, like he did against the Sixers, then the Nets will likely continue their hot first quarter scoring. He’ll have his hands full as sophomore star, Donovan Mitchell, is set to return. It also wouldn’t hurt if one (or both) of Crabbe and Harris had a hot start from the perimeter early.

Brooklyn need to contain themselves on the defensive end. They’re sending teams to the charity step far too often. They are the fourth worst team in the league at personal fouls per game (23.9). One of the team’s best defenders, Rondae Hollis-Jefferson, commented on the issue.

“If you look at it, man, we foul a lot. So figuring out how to limit the fouls, it comes down to mental, man, staying focused, being locked in, not fouling shooters, not jumping on pump fakes and stuff like that.”

The Nets don’t possess much great defensive talent and with Caris LeVert out for an extended period it puts the pressure on the team’s perimeter guys to be more engaged. Jarrett Allen is a wonderful presence in the paint but he can’t be expected to clean up all of the mess of the backcourt’s follies.

Luckily the Jazz are one of the worst teams at making their free throws when getting to the line. The fact they only make 71.4% of their free throws shouldn’t be a deterrent for the Nets cleaning things up on that facet of the floor.

Another correlation to some of the Nets poor defensive play has been the activity on the defensive glass. While they have Ed Davis who is a monster defensive and offensive rebounder, the minutes he’s not out there the team has struggled, as both Joe Harris and Kenny Atkinson iterated to reporters.

Harris: “you’ve got to be able to finish off good defensive possessions with rebounding, and we’re towards the bottom in all the defensive rebounding categories.”

Atkinson: “I told the guys I haven’t been a good rebounding coach. I have to do a better job, to find a better way of helping our guys get the boards.”

While they are 8th in offensive rebounding percentage they are drastically worse on the defensive end, where they rank 28th overall. It’ll be interesting to see what Kenny emphasizes for his players in terms of securing the defensive boards. They normally are a gang rebounding team but with Gobert down low there may need to be some adjustments made considering the matchups.