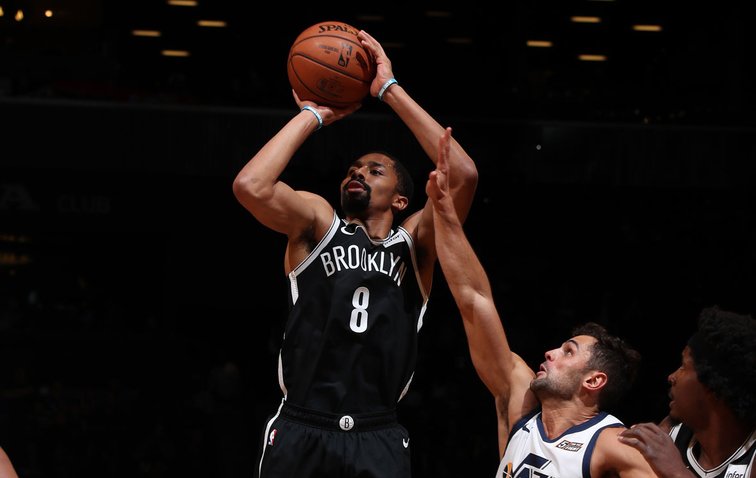 The Brooklyn Nets losing streak continued on Wednesday night, this time at the hands of the Utah Jazz. Brooklyn was right in it at the half, only trailing by one point heading into the break but were outshone in the second half. The fourth quarter is where all the damage was done as they were outscored 31-13 in the period. Here are some takeaways from the team’s 14th loss of the season.

The Nets came out hot in the third, scoring 36 points to the Jazz’s 27. All that effort was futile as they crumbled in the final quarter. I talked about the importance of the team getting off to a hot start but failed to mention how crucial it is to close games, especially at home.

Funnily enough, Brooklyn is the sixth best fourth-quarter team in terms of scoring with 28 points. Utah, on the other hand, is tied for worst with 24.6 points. Donovan Mitchell almost outscored the Nets by himself as he lodged 12 points in the final 5:42 of the contest.

Jarrett Allen, who posted another double-double (14 points, 10 rebounds) commented on the team’s lack of ability to close out tight games.

They’re running out of time to keep learning and need to start executing if they even want to put themselves in the race for the playoffs.

A Lack of Support

D’Angelo Russell and Spencer Dinwiddie need support from their fellow backcourt teammates. Jarrett Allen and Ed Davis have been consistent for the most part of the season and while D’Lo struggled against the Jazz (14 points,  6/25 FG, 5 rebounds, 7 assists, 4 turnovers). Utah defended Russell much more competently which clearly affected his offensive rhythm.

Dinwiddie continued his double-digit scoring streak, pushing his name further up in the Sixth Man of the Year Race.

He did foul out but without his offense off the bench, the team would’ve been bereft of scoring. Allen Crabbe is the logical guy who should be stepping up. Joe Harris is doing enough and is still one of the best perimeter shooters in the league. Crabbe only made 3 shots on the evening, 3/10 for 9 points. If he can’t get back to some semblance of his best the Nets will struggle to push for the 8th seed and Crabbe’s contract will continue to be one of the worst league-wide.

A Lack of Ball Movement

11 assists on the outing is a putrid performance in what they’re trying to implement on the offensive end. Only 4 Nets players registered an assist despite 10 players seeing court time. You’re not expecting dimes from guys like Dudley and Davis but the fact Napier and Dinwiddie couldn’t lodge one themselves isn’t good enough.

Unsurprisingly Atkinson wasn’t happy with the ball movement either.

“Attribute it to their defense and I’m sure some of it’s us. We’ll have to look at it, but the ball stuck way too much. We didn’t move it when we needed to. That’s got to be a record [low] for us, 11 assists. That’s just not good enough.”

A lot of it as well as the team not making shots. Brooklyn shot a terrible 34.9% (30/86 FG) on the evening and was actually better from three-point range than they were from the field overall (11/30 3FG, 36.7%). They’ve exceeded expectations on the offensive end to this point of the season, it was disappointing that trend didn’t continue.