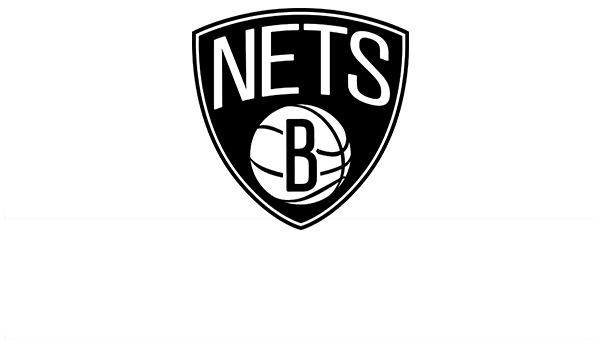 Welp Nets basketball is back. Kind of. Despite all the noise and uncertainty surrounding the franchise, the Summer League games still must be played. Although the wins and losses don’t particularly matter, the reps do. Not just for the new guys, but also for the players who were on the team last year.

The game started off well for Brooklyn as they opened the contest with a quick 7–0 spurt in the first minute and a half. Milwaukee’s inability to make shots coupled with Brooklyn’s activity on defense allowed the Nets to jump out to a sizeable 18–5 lead, which was capped off by a thunderous jam from Day’Ron Sharpe.

Then the Nets hit a wall. Milwaukee started making shots, especially from deep, while the Brooklyn offense came to a screeching halt. In fact, Brooklyn would go scoreless for over four minutes as the Bucks would go on a 16–0 run, which was halted by a Cam Thomas bucket late in the quarter.

After a back and forth second quarter, which saw the Nets take a four-point deficit into halftime, Brooklyn’s offensive woes resurfaced as they struggled to manufacture points, whereas the Bucks were letting it rain from deep. Milwaukee shot 4-for-7 from distance in the third quarter and would go on to finish the game with more 3pt FGs (17) than 2pt FGs (14).

Heading into the fourth quarter down 17 points, the Nets mounted a spirited comeback behind none other than Cam Thomas. Cam, who had been having a fairly average game entering the fourth, decided to take it upon himself to remind everyone why he was Summer League Co-MVP last year. The second year Net scored 17 of his game-high 31 points in the final frame as he tried to will the team to victory. However, the comeback effort would fall short as Cam would miss a three-pointer from the top of the key, which would have tied the game with 11 seconds left.

Here are a few observations from Brooklyn’s 94-90 defeat:

One of the players seemingly on the bubble to return next season for Brooklyn, David Duke Jr. certainly took a step in the right direction in this game. Duke Jr. got the scoring going early with a bucket off a nice backdoor cut. A few plays later he had a great sequence where he hit a corner three then stole the ensuing inbounds, which resulted in a missed shot for Brooklyn but his activity didn’t stop as he would force an out of bounds turnover caused by his defensive pressure.

His buckets came in similar fashion to how they did during last year’s Summer League, which were contested layups and shots close to the basket. If it weren’t for Thomas’ offensive explosion in the final frame, DDJ would have been the game’s leading scorer with 22 points.

Kessler Edwards had a pretty quiet game for the most part. Aside from a three he knocked down late in the fourth, Edwards seemed a tad non-existent on the floor save for a few impressive defensive possessions. The second-year wing shot just 1-for-6 in 25 minutes of action. It is just the first game of Summer League however so this slow performance can be taken with a grain of salt for now considering we’ve seen him excel at times on the big stage.

For Day’Ron Sharpe the game went pretty much how one would expect for him. He did his thing on the boards with a game-high 10 rebounds and as noted before, had a monstrous slam. There weren’t many if any flashes of outside shooting but expect to see it at some point this summer. As for his defense, Sharpe did a solid job as a rim protector and deterrent.

It was a bit of a rough outing for some of the newcomers on the Brooklyn Summer League squad. Every one of the reserves had a negative +/- stat and it was apparent. Whenever the Bucks would go on their runs, most of the Nets starters would be on the bench. This is to be expected. All of the returning guys have played together before in the G-League or on the big club whereas this is really the first time the new guys are playing together.

There were some good moments though. Donovan Williams had a sweet acrobatic layup in the second quarter and Noah Kirkwood had a ridiculous transition layup in traffic. Brooklyn’s two-way Alondes Williams didn’t have the greatest of debuts, scoring only two points and had a +/- of -23. But he did pull down five rebounds and made some nice reads on offense.