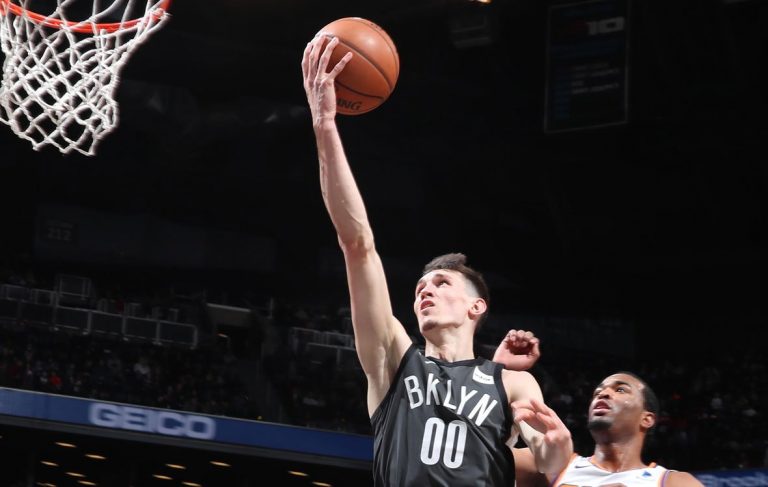 The Nets have gotten 2019 off to a strong start, opening the year with a 3-0 record as they’ve climbed to seventh in the East. Remember when people thought there was no way this team could be a playoff team before the year, and then how they doubled-down on that after the Caris LeVert injury?

Well, maybe this team can be a playoff team, though there’s still a lot of season to go and some tough games this week.

Where do you put a fully healthy Celtics team in the hierarchy of the East? Second? First?

Apologies to the Milwaukee Bucks, who have been playing outstanding basketball so far this season, but I think a fully healthy iteration of the current Boston Celtics is the second best team in the Eastern Conference right now, behind the Toronto Raptors. There’s a catch, though: while the injuries have certainly started to pile up in recent weeks, Boston’s issues have not all been health-related. The Celtics’ theoretical ceiling is as high as any team in the league, but they’ve performed to that standard very sparingly when they’ve actually managed to put the full squad on the court. The original starting lineup of Kyrie Irving, Jaylen Brown, Gordon Hayward, Jayson Tatum and Al Horford really struggled together to start the year, and it wasn’t until Brown and Hayward were demoted to the bench in favor of Marcus Smart and Marcus Morris that the Celtics really showed signs of life. Though the Raptors have been limping lately due to injuries and inconsistency of their own, I have a hard time ranking the Celtics above them right now based on what I’ve seen. Come April, however, that could very likely change.

There’s been a lot of swings with Gordon Hayward’s numbers this year. What’s your expectation for how much of a factor he’ll be come playoff time?

think the Celtics’ ceiling in the playoffs is very much tied to what kind of player Hayward is when they get there. Recovery from such a traumatic injury is really difficult to project, and the fact that Hayward had a setback this summer and was cleared for five-on-five action much later than expected only muddied the waters further. He’s still in the process of recovering his strength and quickness, and — perhaps more importantly — building confidence in himself. His inconsistency is a product of this, as he’s been all too willing to fade into the background of games rather than looking for his own shot.
Luckily, recent performance suggests he’s trending upward. On Wednesday, he went off for 35 points on 14-of-18 shooting against the Minnesota Timberwolves, and followed it up with a near-triple-double in Friday’s win over the Dallas Mavericks. He’s moving better than he has all season, and he’s showing a lot more assertiveness within the Celtics’ offense. I think he’s in the process of turning the corner, and it’s very much possible that he’s a lot closer to his old self come April. That’s going to prove to be essential if the Celtics want to win the East over Toronto or Milwaukee.

Who wins — Nets or Celtics?

I’m taking the Celtics. Though they still struggle with some inconsistency game-to-game and quarter-to-quarter, their much-discussed early season struggles have largely been put behind them, and they’ll enter play tonight having won three of their past four games in fairly convincing fashion. They’re also — mercifully — getting healthy again, likely returning both Kyrie Irving and Marcus Morris. The benefits of having Irving back are obvious, while Morris has quietly been a borderline All-Star in his own right, the kind of consistent role player this team has desperately needed. While I don’t think the Nets can be taken lightly, given the way they performed in December, the Celtics should be solid favorites at home tonight.

The Hawks give up more points per game than any team and have the league’s fifth-worst defensive rating. What’s been the main culprit for the struggles on that end?

Head Coach Lloyd Pierce is a “defensive minded” coach but that must be fulfilled by players who are ready. With such a young team, LP is constantly teaching them to put their energy into defense and the rest will come. The players tend to slip into the focus on scoring, so much so that if something doesn’t go their way on the offensive end, LP is vehemently reminding them to get back on defense. The main culprit for their defensive performances is lack of experience.

The Hawks have a few veterans who could be trade chips — Dewayne Dedmon, Jeremy Lin. They obviously won’t bring in anything big, but are there some buy low guys you think the Hawks should be looking at in the trade market?

The Hawks are rebuilding. In order to look at who they could or should bring in, one would have to consider what they are lacking. At this juncture, I’d like to see them bring in draft picks and/or money. They could look at shooters (like a Terrence Ross maybe) or veteran players but there really isn’t a need to right now.

Who wins — Nets or Hawks?

I don’t make game predictions (not my style) but the Nets have been playing pretty good basketball this season, especially recently, winning seven of their last ten. The Hawks are still in the mode of figuring things out and dealing with injuries to their starters. What I will say is that one of the Achilles heels for Atlanta has been their slow starts and this will be the second game of a back-to-back (first is against Toronto) so it will be even more of a challenge for them to get up and running.

Serge Ibaka is having a good year but has been flying under the radar. What have been the reasons for his improved play?

The Raptors came into this season with a renewed focus on having Ibaka involved in positions where he can succeed. Offensively, this has meant getting him regular touches in places where he can make easy decisions, either to make the next pass out to shooters around him, or where he has good shots available to himself on the catch. He knows where and when his touches are coming, and they keep coming, so he stays engaged at that end of the floor.

Defensively, the Raptors have surrounded Ibaka with quality perimeter defenders, which has meant that he’s spending less time in triage, covering up for the flaws of the defense. The Raptors lead driving players into his help defense, and the sturdier outside defense makes it easier for him to establish position for the rebound as well. At both ends of the floor, the key for him this year is that he knows the expectations from the team, and the roster the Raptors have allows him to consistently play within those expectations.

If Kawhi leaves in free agency, what’s the next step for the Raptors?

The plan if Kawhi leaves really is what the plan was if the trade didn’t happen. Masai Ujiri built this roster so that all of the larger, long-term contracts cleared for the summer of 2020, with one exception. DeMar DeRozan’s contract had one year remaining at that point, and that’s the one they moved to get Kawhi. It would trigger a Raptors rebuild if he left, and a year earlier than originally planned. However, that cap space coming would allow the Raptors to potentially move their remaining contracts to bring back draft picks and young assets to help the rebuild along, and it was important to the Raptors that they didn’t give up any of their best young players in the trade to get Kawhi. This is why the trade was a good risk, the rebuild was on the way anyways, but it also gave them a chance to build something else if Kawhi stays.

Who wins — Nets or Raptors?

With a light schedule week for the Raptors, and them getting healthy, it’s hard to see them not running the table this week. They’ve had some rough games over the last month with guys missing out, but this upcoming game against Brooklyn projects to be one of the first games in over a month with both Kyle Lowry and Kawhi Leonard in uniform. Unfortunately for the Nets, they’ll probably be catching the Raptors healthy and motivated, which is a dangerous thing for any team. I’d have to go with the Raptors here, especially with them looking to get revenge for the December loss to the Nets.