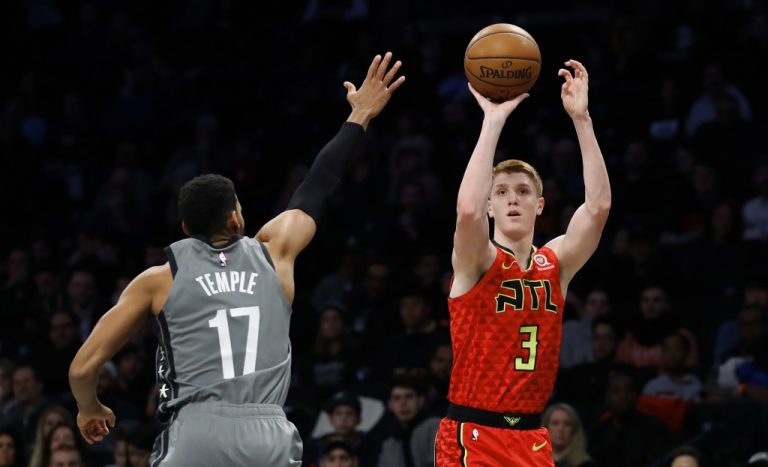 The Brooklyn Nets entered Friday’s matchup with the Hawks searching for answers. After entering the NBA All-star break on a high note the team has sputtered out of the gate, losing three of their first four games. Brooklyn is in the midst of five straight games against the Southeast division with four of the matchups coming on the road.

The beginning of the game started off high paced with both teams exchanging buckets at a rapid pace. By the time the first timeout rolled around at about the 6-minute mark, the score was 17-16, Nets. The most notable thing about the beginning of this game was that it was a complete 180 from how Brooklyn began the Washington game. Although John Collins was cooking early for Atlanta (14 points in the 1st quarter) the Nets appeared to be clicking on offense shooting 56% in the frame including knocking down six shots from beyond the arc. The team amassed as big as a 13 point lead en route to a 36 point quarter.

The second quarter for the Nets, however, was one where defense seemed to come at a premium. After surrendering 29 points to the Hawks in the 1st quarter, Brooklyn allowed Trae Young and company to put up 39 points in the 2nd. John Collins continued his hot start and put up eight more points to enter the half with 22 points and 6 rebounds. Although Trae Young wasn’t a huge factor scoring-wise he played a big role in being the catalyst for the offense. Atlanta got key contributions from players such as Kevin Huerter, Cam Reddish and Bruno Fernandez.

The 2nd half didn’t start any better for the Brooklyn Nets as they went down 13 points early including a technical foul issued to Kenny Atkinson protesting a non-call on a Spencer Dinwiddie drive. Atlanta dropped 15 points in the first three minutes of the quarter. Spearheading Atlanta’s offensive assault in the quarter was Cam Reddish who made four 3-pt field goals en route to a 14 point quarter. Although Brooklyn scored 36 in the 3rd they just couldn’t stop the Hawks on defense surrendering 40 points.

Although the Hawks were scorching offensively you still felt like the Nets were a good three-minute stretch away from being back in the game. The Hawks were able to blossom their lead to 16 points but Brooklyn was able to trim it to six. However, a 5-minute scoreless drought ultimately doomed the Nets and the Hawks never looked back. With just over three minutes left Kenny Atkinson threw up the white flag pulling the starters and emptying the bench. By the time the final horn sounded the Nets were walking off the court 141-118 losers.

Entering this game the Nets had won eight straight against Atlanta and were 8-0 on Friday night games this season. What appeared to be a “get right” game on the front end of a back-to-back ended up being another loss to an inferior opponent. The Hawks entered Friday as the worst 3-pt shooting team in the league at just over 32% from beyond the arc. Against the Nets Friday, they shot 48% from deep hitting more 3s on fewer attempts than Brooklyn.

Spencer Dinwiddie led the way for Brooklyn with 24 points and 13 assists. After a string of strong performances, Caris LeVert had a quiet 18 points and never seemed to be in a good rhythm throughout the contest. Joe Harris also poured in 18 points as well. John Collins led the way for Atlanta dropping 33 pints and 13 boards, with Cam Reddish adding another 26.

Its gut-check time for the Brooklyn Nets right now as they now head to Miami for the 2nd game of this back-to-back. They’ve now dropped three straight games this week to arguably the worst division in the NBA. Although it’s still highly unlikely the Nets fall out of the playoffs, with less than 25 games remaining in the regular season this is not how the Nets want to be playing during the home stretch.