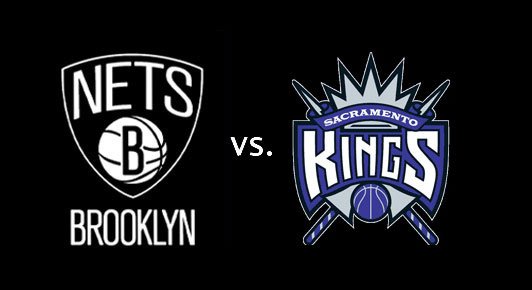 The Brooklyn Nets got embarrassed Friday night against the Pacers 118-97. The lead was up near forty at one point in the night. Brooklyn is now riding a six-game losing streak back to Brooklyn tonight. Jeremy Lin, please come back…pretty please?

Tonight, coming to town is one of the NBA’s most troubled franchises. They have been getting attention for all of the wrong reasons over the past few seasons. This year, though, seems to be different. DeMarcus Cousins is actually seemingly getting along with his coach.

The Kings are still only 6-10 on the season and those six wins are largely due to DeMarcus Cousins being an absolute monster. Cousins is averaging 27.8 points per game and 9.8 rebounds per game. Cousins also swats 1.1 shots and steals a ball on average per night, too.

Brook Lopez will have his hands extremely full tonight trying to handle this man-child. Cousins is very aggressive and outspoken while Lopez is nerdy and introverted. It is a clash of skill-sets and of personalities. Lopez needs to bring his A game tonight to say the least.

Brooklyn seems to still have RHJ out for tonight’s game, which is probably smart. It is better to make sure that ankle is fully healed before you try to do too much with it and re-injure it severely. Anthony Bennett also got sent down to the D-League, but may be back tonight allegedly. Maybe this is a good game to get Chris McCullough some solid in-game reps, even if it is at RHJ’s small forward position?

Maybe you start Yogi Ferrell instead of Isaiah Whitehead? Or start them both with Whitehead at the two-guard? There are numerous lineups, just need to explore and mix-and-match.

Brooklyn needs to change things up if they want to end this streak. They have lost by 19 or more points in their last four games. Brooklyn has hardly been competitive in any way of late and #BrooklynGrit has lost its luster.

What better game to try to switch things up just a little than against a lackluster Sacramento Kings team that has not won against the Nets franchise since the good ol’ days of the Meadowlands in New Jersey in 2007 (not saying 2007 was amazing, it was more depressing as that was the year they traded away Jason Kidd for Devin Harris and I grew up at the Meadowlands complex).

This is the prime game Brooklyn needs to escape their funk. The Kings are a solid team, but they are not a great team. Switch lineups up a little bit and ride the hot hand en route to tonight’s streak snapping victory.