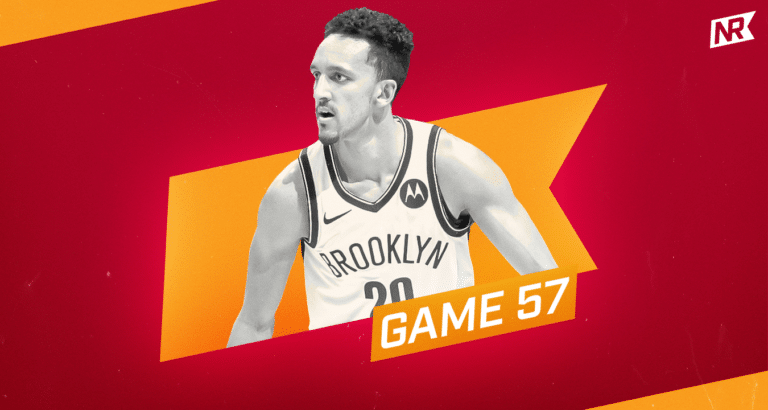 Coming off a victory over the Charlotte Hornets on Friday, the Brooklyn Nets traveled to Miami to face the Heat in a Sunday afternoon matinee. Already being without James Harden and other role players, the undermanned Nets looked forward to building a winning streak and their playoff push. However, things became ugly early as Kevin Durant, who recently came back from a hamstring injury, was forced to leave the game in the first quarter with a left thigh contusion.

Regardless of the injury, the game was a back-and-forth contest where neither the Nets or the Heat were able to separate themselves. On a night of hot shooting and gritty defense, the Nets fell 109-107 on a Bam Adebayo buzzer-beater.

The game was a mixed bag for Brooklyn. Moving forward, some things will need to be addressed, but there were some positive developments. Here are three takeaways from Sunday’s loss:

With Injuries Mounting, Depth Steps Up

As mentioned earlier, the Nets were without superstar Harden as well as role players Tyler Johnson and Chris Chiozza; then, Durant left the game in the first quarter. However, as the mantra for the Nets has been all year, it’s always “next man up.” As they have done throughout the season, the Nets role players delivered and contributed. Backup guard Landry Shamet went off for a career night, scoring 30 points on 10-of-15 shooting with 7 three-pointers. As the Nets continue their push towards an NBA title, they are going to need Shamet to continue his phenomenal shooting.

Bruce Brown also contributed with 8 points on 4-of-7 shooting. However, it was Brown’s hustle that made a difference. He finished the game with 11 rebounds, was all over the court, and bought the Nets more scoring opportunities and putback layups. His hustle also stymied and blew up some of Miami’s offensive sets.

Though the Nets’ defense has improved over the past couple months, defense was an issue again Sunday.

In the first half, the Heat moved the ball easily and scored at will, tallying 64 points in the first half. Of the 20 made field goals in the first half, 17 of them were assisted. Miami also shot well from downtown, going 12-for-20. In the second half, the Nets finally started to clamp down defensively and shut down the Heat’s shooting. However, they still allowed Miami to get good looks inside. Defensive rotations and help defense were slow to react, which allowed Adebayo and other players to cut to the basket and get easy layups. Rebounding was also an issue, as the Heat outrebounded the Nets 37-30, and got 16 offensive rebounds compared to the Nets’ 8.

This isn’t to say that the Nets’ defense is regressing back to how horrendous it was to start off the season. The Nets can, and will, play solid defense if they are more active in their help defense and rotations. This all lies in executing and consistently out-hustling the opposing team, which we have seen the Nets do at points in the season. Nets fans should not have to worry about the team’s defense becoming an utter liability the rest of the way.

Above All Else, Health is the Top Priority

Moving forward, the Nets hope to have their superstars Harden and Durant back as soon as possible. While it seems Harden will be back this week, the Nets may have also dodged a bullet with Durant’s thigh contusion. Durant will be re-evaluated Monday morning to determine what to do moving forward. Hopefully for Nets fans, there is not much to be concerned about. Could Sunday’s game have been different if Durant didn’t take collide with Trevor Ariza’s knee? Probably, especially since a win would keep the Nets on pace with the Philadelphia 76ers for the No. 1 seed in the Eastern Conference.

But, it is pointless to think in what-ifs. The most important thing for the Nets now, with 15 games to go, is to get as healthy as possible. As Durant said after the win over Charlotte, as much as they want to win as many games as possible, they want to be healthy come playoff time. It is beginning to look less likely that the Nets will finish with the East’s No. 1 seed heading into the playoffs. However, that should not matter if the Nets are healthy with Durant, Harden, and Johnson coming back into the lineup. A fully healthy Brooklyn Nets team will be a force to be reckoned with in the playoffs, regardless of who they play.

Next up: The 38-19 Nets will travel to New Orleans, where they will play the Pelicans on Tuesday at 7:30 p.m. ET. The game will be broadcast on TNT and YES2. The last time the Nets played the Pelicans, Brooklyn came away with a blowout 139-111 victory.