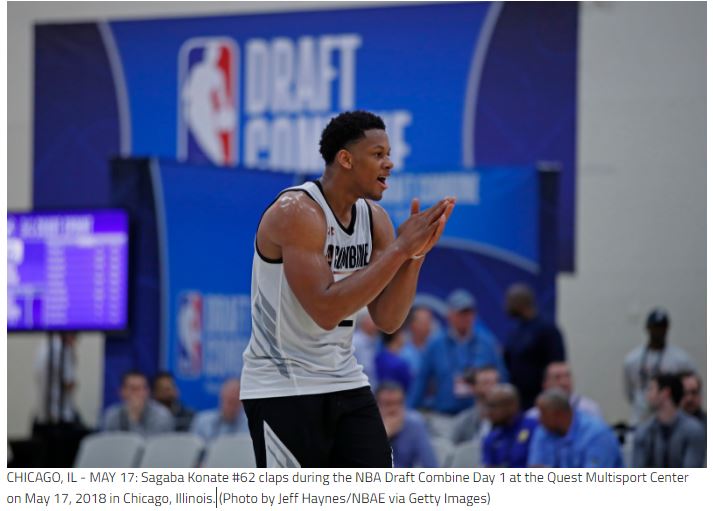 The Brook-Lin writing team are actively watching the playoffs keeping our sights on which free agents perform well and putting on our thinking caps for what this summer will bring for the Brooklyn Nets. As the team gears up for the offseason we conducted a series of roundtable sessions reflecting back on the 2017-18 season and forward to next season.

In this third segment the team looks at the 2018 Draft. The Draft Lottery took place with the Cavaliers landing in the eighth spot. This is important to mention as the pick comes courtesy of the Boston Celtics (via Brooklyn). Fortunately this finally fulfills the Brooklyn Nets obligation from that infamous trade with the Celtics five years ago.

As for the home team the Brooklyn Nets do get a first round pick courtesy of the Raptors trade to land DeMarre Carroll. This translates into Sean Marks selecting 29th in the first round. In addition the Brooklyn Nets have two second round picks. The first comes via the Lakers at 4oth and the 45th pick via the Bucks.

With that let’s begin part two of the three part roundtable draft segment.

Should Marks consider sending out assets to package and get draft picks back in return?

Absolutely. Trading players away in return for draft picks serves two purposes: bringing in future talent and making the team worse for next year. Now that the Nets have their own pick back, they should be more willing than ever to trade veterans for future assets. The Nets should absolutely not ship out young talent (say Jarrett Allen or Caris LeVert), but if they can get good value for a veteran on Draft Day they should be happy to make that move.

Depending on the potential packages, yes. The Nets should be looking to package some of their reclamation projects (i.e. Spencer Dinwiddie and DeMarre Carroll) for assets while their value is at an all-time high. This is still an exceptionally young team in the early stages of a rebuild so any player(s) who don’t fit the timeline should be moved immediately. Even if they don’t net a great draft pick, getting assets back for the fruits of their labor should serve as a major victory for the new regime.

With almost all Nets’ contracts running out within the next two seasons, it would be wise to dangle some of the players for picks.

Since the Brooklyn Nets have a glut of guards the answer is a resounding yes. This summer finally fulfills the obligation of ‘that era’ which witnessed the Celtics reap the rewards of Nets draft picks. It’s somewhat unfortunate the Sixers were able to capitalize on tanking while the Nets won’t have the same opportunity. Still, now that the Brooklyn Nets have their own pick it’s an opportunity to add value.

The ideal scenario would be for Sean Marks to find a buyer for some of the albatross salaries like Timofey Mozgov. But, just being able to add assets and dump salary has to be enticing for the GM.

The Brooklyn Nets need youthful assets, so no to packaging the picks, but yes to trying to move assets to gain further picks. With a focus to owning the fact the Nets will be a lottery team in the coming years while developing their existing assets.

If yes to the above, which Brooklyn Nets player(s) do you move?

This is where things get tricky–most of Brooklyn’s best players are young guys who they should try to hold onto, and their veterans are not all that valuable. If a team were willing to give up a first-round pick or two seconds for Allen Crabbe or DeMarre Carroll that would be worthwhile, but that seems unlikely in the current cap environment. I might also consider trading Spencer Dinwiddie for a first-round pick with D’Angelo Russell and Jeremy Lin healthy, but he’s worth keeping if the offers on the table are only for second-rounders.

As I said above, the reclamation project players should be the first to go.

Every player on the roster has its price. However, as painful as it may be, Spencer Dinwiddie, Jeremy Lin, and DeMarre Carroll should be on the top of the auction list. All three will be unrestricted free agents after 2018-19 without Brooklyn having Bird Rights on any of them. It will hurt for them to leave but it will hurt even more if they leave without compensation back.

Spencer Dinwiddie’s value is at an all time high. Personally, I’m not sure if he’ll be as effective off the bench as he seems to be the type of player (like a Terry Rozier) who benefits from starting and being in the flow right from the tip. But, that’s a problem for another team to worry about. If Marks can gain an asset which fits the Nets style of pace and space then it’s a no brainer.

Additionally, DeMarre Carroll is in the last year of his contract and has shown a propensity to perform the best in his contract years. That said, perhaps he was lucky to go relatively healthy this past season. Given his ‘3 and D’ ability if Marks can move him to get back a young asset he has to do it. Particularly when the Nets will finally have their own draft pick. Brooklyn Nets fans should be salivating over the prospect of landing R.J. Barrett in 2019.

If I am Sean Marks, I’d look to move two guys – Joe Harris and DeMarre Carroll. Harris was originally selected with the 33rd overall pick in the 2014 draft thus if Brooklyn can convert him into a first rounder, that is a huge win. Teams that need shooting such as the Milwaukee Bucks, Minnesota Timberwolves and Utah Jazz may be enticed to move their pick.

Milwaukee were horrible offensively and didn’t offer much outside Giannis Antetokounmpo’s freaky athleticism while Minnesota couldn’t hit a shot from deep. Utah had an impressive year but really need another three point sniper outside of Joe Ingles. Teams such as Denver and Indiana have holes at the small forward position thus Carroll could be appealing. Both teams were on the cusp of making noise in the playoffs but sorely needed a veteran presence to lead the young guns.