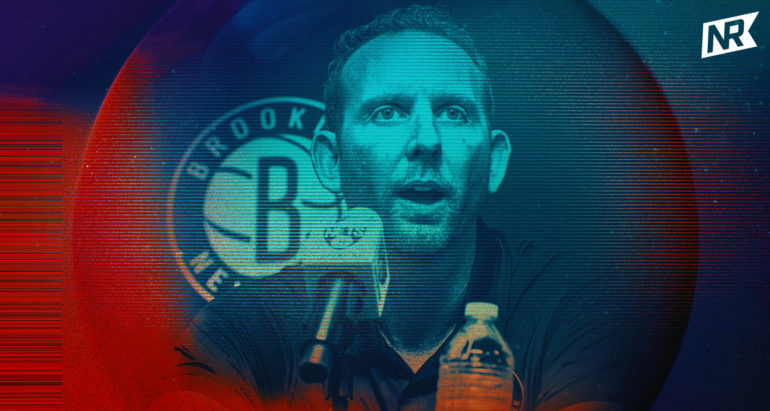 Last Wednesday, Brooklyn Nets general manager Sean Marks decided to defer Philadelphia’s 2022 first-round draft pick, which they acquired in the famed James Harden-Ben Simmons trade, to next year. The 2023 first-round pick will be unprotected. With the deferral of the pick, the Nets will have no picks in the upcoming 2022 draft. Where do the Nets go from here and is there a cause of concern?

No Cause for Concern

Although the Nets have shut themselves out of the 2022 NBA draft, the fans should not worry. Last year, Brooklyn added six rookies onto the roster who spent time on the main squad or with Long Island. The Nets will likely still have Cam Thomas, Day’Ron Sharpe and Kessler Edwards on the team. They waived Marcus Zegarowski, but Rai’Quan Gray has been seen practicing at the facilities. David Duke Jr. remains the sole question mark in returning.

Brooklyn could possibly add another young rookie to its core of players, however, their title push will likely lean on more veteran experience. Developing three young, talented players should be enough for the Nets to handle. Regardless, there are still opportunities for Thomas, Sharpe and Edwards to prove they can be key contributors for a potential title run.

By deferring the draft pick to next year, the Nets now have more flexibility to assemble trades for roster construction. Instead of being pressured by the draft on June 23 to use the pick in a deal, they can now wait until next season. With next season’s trade deadline not until February, the Nets have several months to formulate a deal. The 2023 draft pick is considered a better asset as many pundits and scouts believe the draft is deeper and better talented. Also, the draft pick can be in a very valuable spot. Brooklyn is banking on Philadelphia to perform poorly next season compared to this season. If Philadelphia struggles, Brooklyn could be potentially be in the possession of a lottery pick.

Also, by deferring the pick, the Nets put the Sixers in a tough spot. Other than this 2022 first-round pick, they do not own any of their picks for the next seven years. This now puts the 76ers in a time-constrained bind. Can Philadelphia rush a trade in time? Or will they have to be forced to use it. It’s a gamesmanship tactic by Marks.

The Nets Can Still Make A Pick

Though the Nets have no picks at all in the 2022 draft, they can still sneak their way in. One option is possibly trading back in. The more likely scenario is using money and buying a second-round pick. The Nets did spend the allocated $6.3 million to buy picks in a salary dump for DeAndre Jordan. However, Brooklyn can agree to a deal with another team in the second-round to draft for them. On July 1, when the money resets, the deal can be made official and the player can be sent to Brooklyn or Long Island.

Honestly, there’s nothing much to expect in the coming weeks. With the lack of information that comes out of the front office, we don’t know what their plan is. The most probable scenario is that the Nets use the 2023 pick as an asset to trade for contributing role players. It looks like it will be a quiet draft night for Brooklyn, but given the amount of surprises this team has given the fans, maybe there might be one more trick up Sean Marks’ sleeve.

The NBA draft is on June 23 starting at 7:30 EST. As usual, it will take place at Barclays Center.