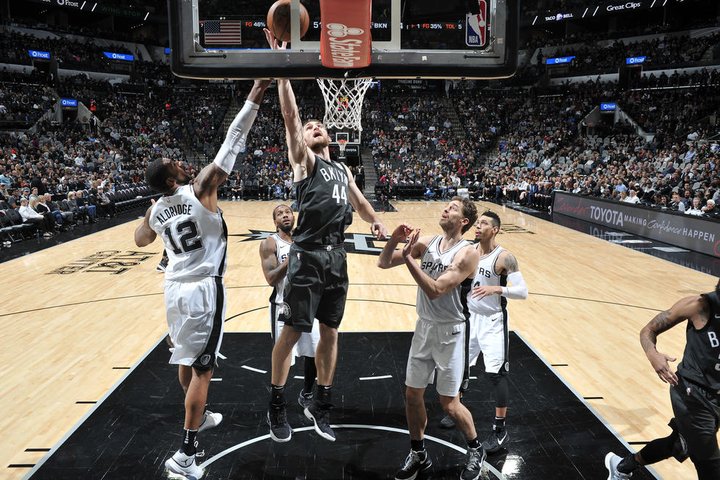 SAN ANTONIO, TX - DECEMBER 26: Tyler Zeller #44 of the Brooklyn Nets shoots the ball against the San Antonio Spurs on December 26, 2017 at the AT&T Center in San Antonio, Texas. NOTE TO USER: User expressly acknowledges and agrees that, by downloading and or using this photograph, user is consenting to the terms and conditions of the Getty Images License Agreement. Mandatory Copyright Notice: Copyright 2017 NBAE (Photos by Mark Sobhani/NBAE via Getty Images)
Home
Brooklyn Nets
Brooklyn Nets Game Threads
Sandy Mui

The Brooklyn Nets headed back to the road after the holidays and were handed their 15th straight loss in San Antonio. For what it’s worth, they put up a darn good fight.

An Evenly Matched First Half, For the Most Part

Starting out, the game was quite… slow, to say the least. The Nets were not shooting particularly well, but to balance things out, they largely capitalized on the Spurs’ errant passes. Brooklyn shot just 36.2 percent from the field and 33.3 percent from behind the arc in the first half, with 12 of the team’s points coming off San Antonio’s turnovers. That helped the Nets remain close for a majority of the first half. “For the most part” comes from the little push the Spurs made toward the end of the second quarter.

With 2:18 remaining in the first half, Caris LeVert converted on a __ shot to put the Nets up 42-41. The Spurs responded with nine unanswered points, off a couple of threes (one from Kawhi Leonard, another from Patty Mills), a shot by Manu Ginobili and a free throw from Pau Gasol. Brooklyn closed out the final two minutes of the first half with only two points, thanks to a layup from Spencer Dinwiddie.

If we’re continuing on the motif of how long things remained pretty even, it extends quite a bit past the first half. Sure, the Nets went into the half trailing by six points, but a couple of near-the-rim shots from Tyler Zeller and a triple from Dinwiddie in the first two minutes of the third quarter knotted it back up at 51. The game was tied again at 54 just a minute later, but that was the last time the Nets would be that close to a lead.

Similarly to the game against Indiana right before Christmas, Allen Crabbe finished on 5-of-10 shooting from the field against San Antonio. He missed his first couple of shots of the game, but got into a rhythm soon afterward.

What’s impressive about his stat line is four of those made field goals were three-pointers. So far this season, the 6-foot-6 wing has shown streaky shooting at best, but he has looked more comfortable for two consecutive games now.

Quincy Acy Took… How Many Shots?

It wouldn’t take brain surgery to realize that Quincy Acy was taking way too many shots, especially since most of them were not falling. The forward had a horrid shooting performance, finishing with eight points on 3-of-12 shooting from the field and 2-of-10 shooting from downtown. Yikes.

This high amount of shot attempts for Acy is peculiar considering his season averages of 5.1 field goals and four three-point attempts per night. However, digging into his game log, it’s clear Acy’s shooting is far below what he brought to Brooklyn last season. He has had three nights when he garnered more than eight minutes of playing time but did not hit a single field goal. This season, the Baylor product’s accuracy has also declined rapidly; compared to his percentages of 42.5 percent from the field and 43.4 percent from behind the arc last season, he is only shooting 29.6 percent from the field and 30.4 percent from downtown this year.

Contrast from Tuesday night: Rookie Jarrett Allen, who played one more minute than Acy, also attempted only one less shot than Acy. The difference here is that Allen was actually making a majority of them (6-of-11), and only one of them was a three-pointer (that he hoisted with the shot clock winding down). 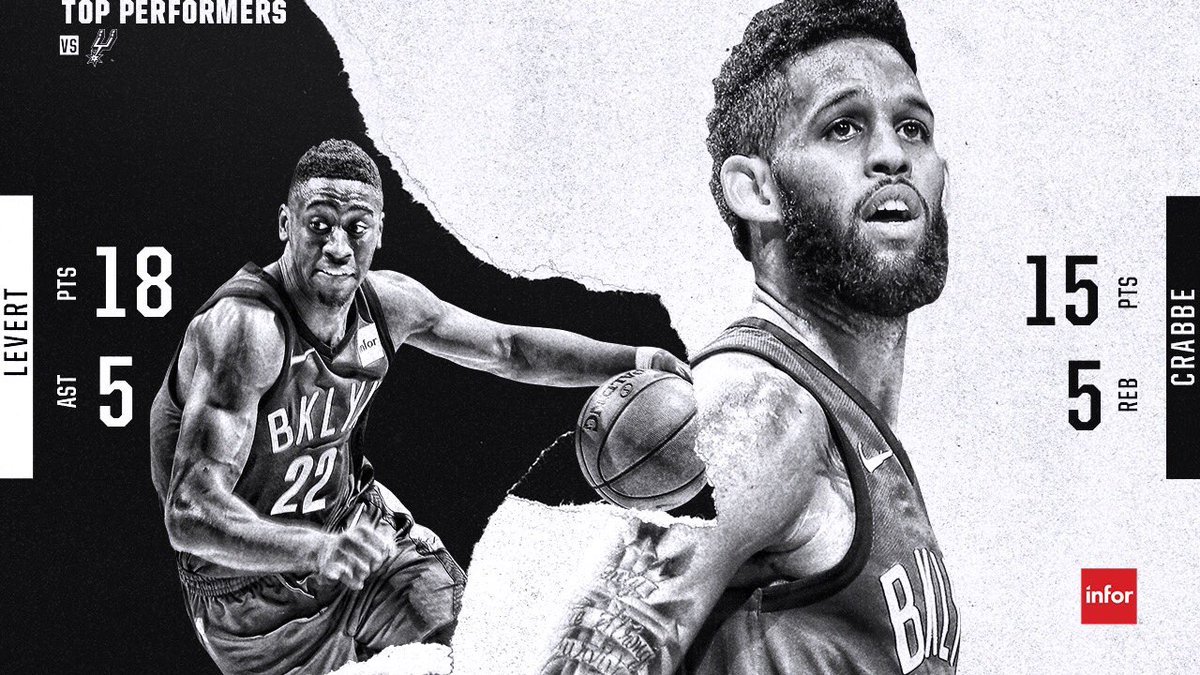