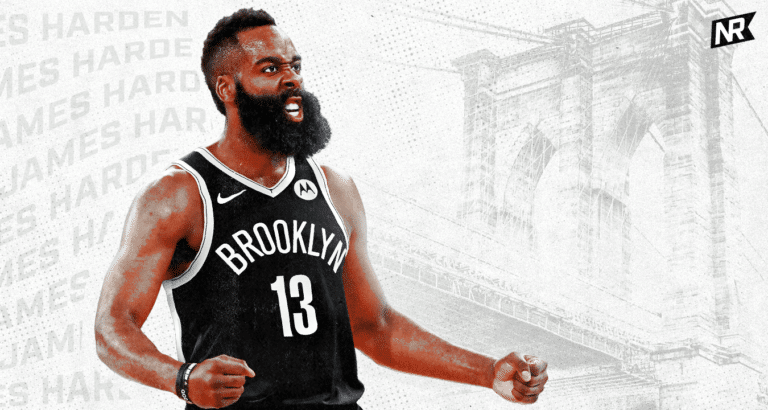 The Brooklyn Nets have acquired 2017-2018 MVP and seven-time All-NBA guard James Harden in a four-team blockbuster including Cleveland and Indiana.

Well, you can’t stay you’re surprised, can you? Sean Marks and the Brooklyn Nets front office have made good on their commitments to bring the franchise a championship by finally trading for eight-time All-Star and former MVP James Harden on Wednesday afternoon. Details of the trade are as follows, and will be updated with any amendments:

As is custom, ESPN’s Adrian Wojnarowski and Shams Charania of The Athletic were first with reports of the blockbuster.

So, just 12 games into their first season with Kyrie Irving and Kevin Durant on the floor (well somewhat), a championship roster has retooled, reloaded, and assembled the most dangerous lineup in the Eastern Conference, if not the entire NBA. That’s also fairly dependent upon Irving’s return to the floor—which is still not on a timetable—but I digress.

Harden, who lead the league in scoring last year behind a 34.3 points per game average, had grown pessimistic in recent months (if not years) about his potential to win a championship in Houston. After issuing a trade request prior to the season’s start, the star guard escalated his frustrations as far as to call his team “just not good enough” to win a championship, after the Rockets’ loss to the Los Angeles Lakers on Tuesday night. That was enough to force the Rockets’ hands.

Now, it’s important to note that Brooklyn has now traded away control of every first-round draft selection between now and 2027; a move that may have some fans rocking in a post-traumatic state for the foreseeable future, with the infamous trade for Kevin Garnett, Paul Pierce, and Jason Terry still sitting comfily in the rearview. Rest assured, however, this is not that deal.

While Harden may only be one man, as ESPN’s Zach Lowe loves to reiterate: he alone is a walking playoff berth. Believe it or not, that’s actually good news for the Nets, who currently sit with six wins and six losses, and seventh in the East. Spencer Dinwiddie‘s injury and Kyrie Irving’s leave of absence have caused unforeseen issues for Brooklyn, who walked into the season among the favorites to capture the 2021 title. There’s little doubt those two situations played a part in today’s happenings.

Still, with those absences taking precedent, it’s going to be hard moving forward confident in an even thinner roster. There were early hopes that the Nets could have found a way to acquire defensive standout P.J. Tucker in a deal for Harden, but it appears (for now) that he will be staying put in Houston as a member of the new-look Rockets. So, Brooklyn loses both LeVert and Allen, two of their top-defenders in order to acquire a man who’s never likely discussed defense as a viable winning strategy.

Nonetheless, this isn’t a deal you can afford to pass up. If nothing else, the Nets have kept James Harden out of the hands of their biggest competition, primarily the Philadelphia 76ers, who were reportedly also in talks with Houston on Wednesday.

Beyond that, if there was any frustration growing within Durant and his camp regarding Brooklyn’s handling of the latest Kyrie Irving saga, this should at least put a quell to that for the remainder of this season. Then, they can readjust in the offseason, optimally as winners of the 2021 NBA Finals, given the monstrous draft haul they’ve pushed into the middle of the table. For now, the Brooklyn Nets and their fans should sleep soundly, knowing that their team is now home to two top-five players in today’s game, and some of the best odds (if not the best odds) to capture the upcoming title. Game on.