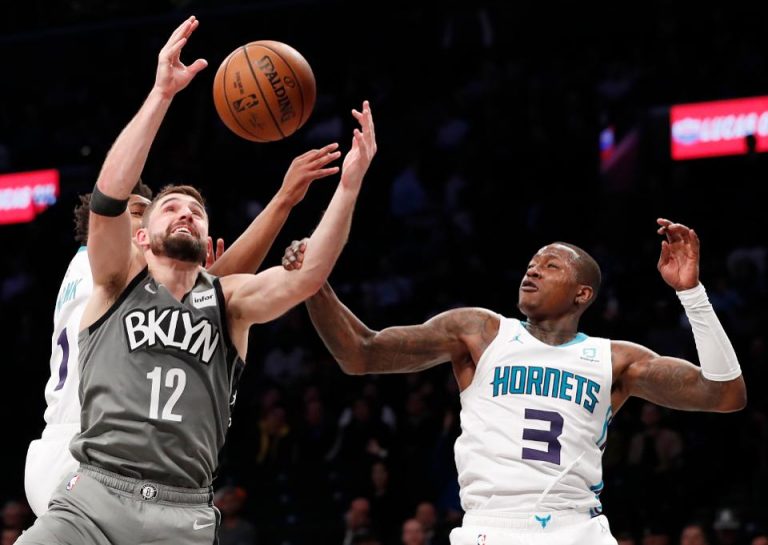 It wasn’t pretty but the Nets secured their sixth win of the season, defeating the Hornets 101-91. After a disappointing showing against Indiana for the second time this season, Brooklyn was able to get back on the winners list against Charlotte.

The Hornets backcourt in Devonte’ Graham and Terry Rozier combined for 35 points. Spencer Dinwiddie led the way in a controlled and balanced performance from the point guard. Dinwiddie racked up 20 points to go with eight assists, four rebounds and two steals.

Spencer opened up the floor for the Nets big men, who were equally dominant.

Jarrett Allen had 22 points and 17 rebounds, including eight offensive boards.

Coach Atkinson was impressed with The Fro’s performance.

“He guarded when we switched, he guarded their small, their quick guys, and then he punished them on the other end with his offensive rebounding. Eight offensive rebounds; that’s the answer when a team goes small. Stay big, punish them on the boards and have a big that’s fast enough to keep up with the guards.”

In only 20 minutes of playing time DeAndre Jordan scored 14 points, going 5/5 from the field and pulling down seven rebounds.

Brooklyn opened the half with a 56-51 lead. They controlled most aspects of the game but their poor shooting and lapses on defense kept Charlotte in the contest.

Taurean Prince opened the game with a hot 9-point first quarter and made some big buckets in important moments. He finished with 20 points, 8 rebounds, 4 assists and 1 steal.

Post-game, Atkinson commented on Prince stepping up in a big way.

“Huge. Talk about an X factor. He went out, made some shots, rebounded the ball. That’s a big position for us. Glad he stepped up.”

Despite the closeness of the matchup the Nets had the game on their terms for the overwhelming majority of the game. They outscored the Hornets in every period, except the first where they tied Charlotte for 26 points.

Brooklyn struggled with the three-ball throughout the night, only connecting on 10 of their 39 attempts. They did dominate the rebounding battle (53-41) and outscored Charlotte by 10 in the paint (46-36).

Little tidbits from the game: