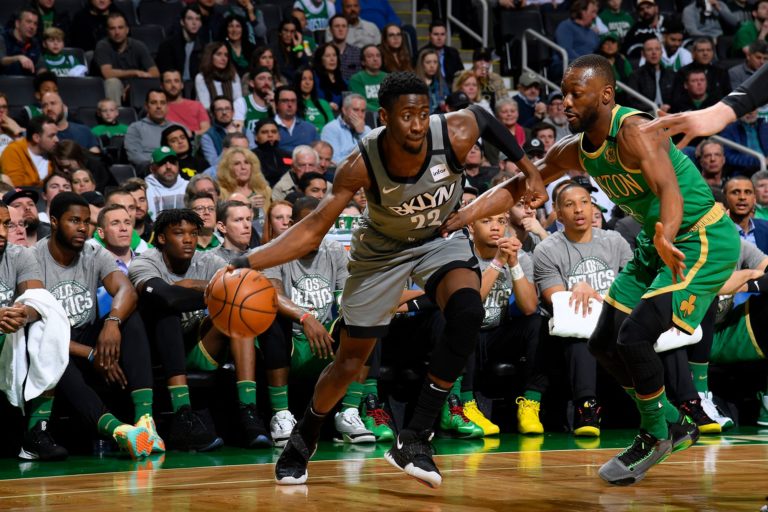 Caris LeVert took another step forward in his development over the 2019-20 season. He may have only played 39 games but the glimpses of star potential in those performances were salivating. Injuries prevented him from solidifying his status as a genuine All-Star caliber force.

The progression we saw in his scoring and ability to play a number one role on offense was something that had Nets fans salivating. Unfortunately he wasn’t able to do it for long enough and the season overall was yet another tease that shared some similarities to his 2018-19 campaign. Here’s a look at the best and worst of Caris from 2019-20 and forecasting beyond.

LeVert’s performance against the Celtics was one of the truly historic games from a Brooklyn Net. He produced a career-high 51 points including an astounding 37 in the fourth quarter and overtime. During that time he shot a stunning 11-of-16 from the field, including 4-of-7 from 3-point range.

“It was all him. We didn’t run anything. He just kind of took over. I mean, he called what’s in our playbook, but I was definitely not calling any plays. That’s where as a coach you better get back, get out of his way.”

Before the Boston game his career-night was against the Raptors where we went off for 37 points. He was lights out from three, hitting 6/7 shots from the perimeter and was even more perfect from the charity stripe, nailing all 7 of his free throws. Like in his showing against the Celtics, he stepped up in the clutch pouring in 15 points to bring the Nets within striking distance of a win.

The fact LeVert’s two best performances came against elite competition speaks of his ability to produce against the league’s best. Looking back, he was Brooklyn’s standout player in their short series with Philadelphia last year.

The thing that prevented this from being a passable performance for LeVert was hitting the three ball. He went a paltry 1/6 from deep and 6/17 from the field overall. Caris didn’t have any rhythm on either end which led to him committing 4 turnovers as well.

Miami’s roster is tailor-made to disrupt LeVert on the offensive end. Their physicality and athleticism forced him into poor shot selection which hurt his numbers and the team overall.

Speculation around the status of LeVert on the 2020-21 Brooklyn Nets has been rife on social media and beyond. He proved in small doses that he has the potential to be a genuine third threat alongside Kyrie Irving and Kevin Durant. The worry is does his skill-set overlap too much with theirs? If that’s the case Sean Marks may make the ultimate decision to move him elsewhere.

For Caris to truly cement himself within Brooklyn he needs to step up on the defensive end and become a genuine off-ball threat. The budding utility certainly has the potential to do so, it’s whether he’ll be given the opportunity to prove that.