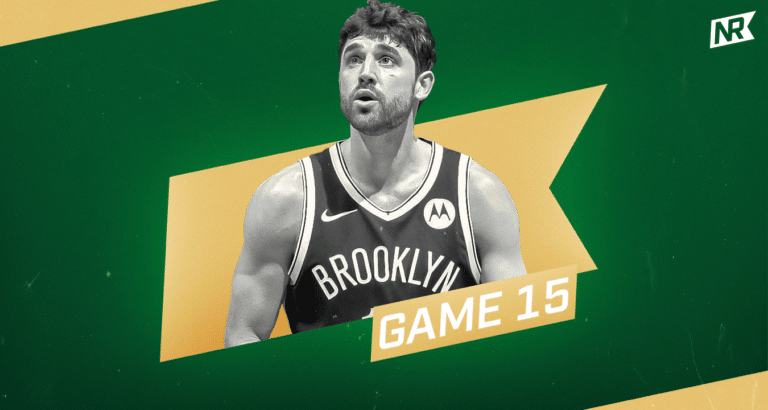 Three Takeaways From the Brooklyn Nets’ Victory Over the Milwaukee Bucks

The Brooklyn Nets, in Harden’s second official game with the team, outlasted the Milwaukee Bucks on Monday night. Let’s get into three takeaways from the victory.

The Brooklyn Nets did not have much time to get adjusted to their new roster before they faced a major inner-conference player. The Milwaukee Bucks came to Brooklyn in a battle of two elite eastern conference teams (and what could be a preview of a potential conference final). The Nets had to settle for just two of their three All-NBA superstars in this game; “scary hours” will have to wait until Kyrie Irving‘s presumed return on Wednesday.

The game was a close battle in the first half, and it stayed that way until the end as the Nets managed to come away with a 125-123 victory. Kevin Durant and James Harden both had up-and-down first half performances but stellar second-half efforts and the rest of the Nets helped them out by raining in shots from deep. Here are three takeaways from Brooklyn’s game on Martin Luther King Jr. Day.

On the surface, James Harden’s second game in a Nets uniform was yet another tour de force. He finished the night as the only player in NBA history to record 30+ points and 10+ assists in their first two games with a new team. Harden also put up 13 points in the fourth quarter and was not charged with a single turnover in the second half.

So why the criticism? Well, the first half wasn’t exactly on par with the second. After a muted first half scoring-wise in his opening game, Harden did reach double figures in the first half of this game. However, he also turned the ball over six times in the first quarter, including a few lob passes to DeAndre Jordan that even peak DeAndre would have missed by a good couple of feet.

Harden is one of the league’s top passers and he has certainly shown that in his first two Nets games. However, he also can get sloppy and had plenty of double-digit turnover games in Houston. This game could have easily been similar if not for his exceptional second-half effort. The Brooklyn Nets will certainly live with Harden’s turnovers given the rest of his offensive game, but he also has less of an excuse for sloppiness with better offensive talent around him.

Kevin Durant has been exceptional to start the season for the Brooklyn Nets. So when he started off this game with a cold first half, there was no need to panic. Still, Durant scored only 11 points on 12 first-half shots; when coupled with James Harden’s rocky first half, the Nets were lucky to have a lead heading into halftime.

That halftime lead was arguably more due to stellar efforts from Joe Harris and Jeff Green than it was due to Brooklyn’s two superstars. Kevin Durant made sure to turn that around in the second half. He made his first three baskets in the second half and scored 19 points on nine shots, ending the night with 30 points on 10-21 shooting.

Every basketball player that has ever played has had a cold quarter or a cold half, but KD’s three-level scoring ability and ridiculous agility for his size makes it easier for him to turn it around than it is for pretty much everyone else. The Nets ended up needing every one of those 19 second-half points in a game that ended up going down to the wire.

Joe Harris, Doing It All

The Brooklyn Nets did not struggle on offense before the James Harden trade, and they certainly won’t now. While one could argue that he might suffer from not getting as many touches, Joe Harris might have been one of the biggest beneficiaries of the James Harden trade. Defenses will be that much more overtaxed than they were before in terms of dealing with the Nets’ superstars, leaving Harris open to run off screens and cut into the lane for easy looks.

Harris finished the night with 20 points, including five-of-seven shooting from beyond the arc. He also pulled down six rebounds, helping the Nets to win the rebounding battle over a Bucks squad that was fifth in the league in rebounding heading into this game. Harris also chipped in a critical three to give the Nets the lead late in the contest:

One of the reasons to think that the Nets’ three superstars will be able to play well together is that all three of them can shoot. They can all run off screens and play as a secondary creator off of whoever has the ball at any given point in time. But Joe Harris allows the Nets to break defenses down even further. Double-team the ball-handler, and either Harris is running open for a three or the fifth player on the court is running down the lane. Durant, Harden, Irving, and Harris as a foursome means that the fifth player will probably have to be a big man, but slot Jeff Green into that slot (14 points on six shots and four-of-five from deep in this game), and the possibilities are almost endless.

If Jeff Green or DeAndre Jordan getting open dunks is the fourth option, opposing defenses might be forced to concede Joe Harris threes over the other ways that the Nets could torch them. Joe Harris has enough off-the-dribble game to get teams in trouble if they focus on just running him off the line, and it’s hard to go wrong with James Harden, Kyrie Irving, and Kevin Durant as kick-out options. The Brooklyn Nets had a terrifying offense before the trade, and Joe Harris is still an excellent option to somehow take it one step further.