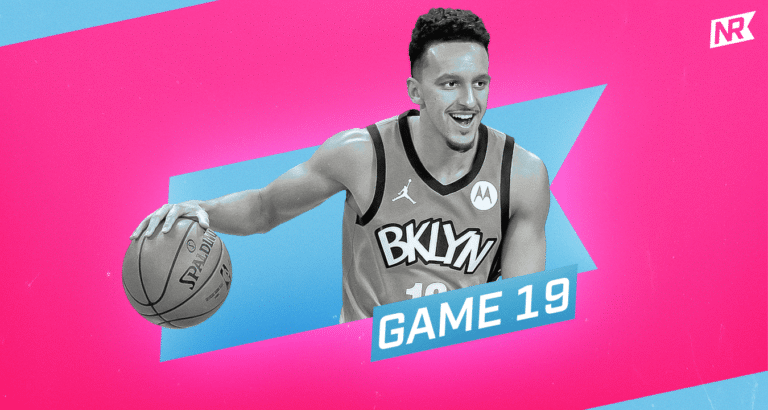 Three Takeaways From the Brooklyn Nets’ Win Over the Miami Heat

In a not-so-thrilling war of attrition, the Brooklyn Nets outlasted the Miami Heat in a 98-85 victory on Monday night. Here are three takeaways from the game.

In the second half of the Brooklyn Nets’ two-game series against the reigning eastern conference champions, the Miami Heat, the team — to put it subtly — survived. The Heat, despite a 13-point loss, actually held the lead for the vast majority of the game. Unfortunately for Erik Spoelstra’s squad, the newest Net, James Harden, showed the NBA world that despite a challenging acclimation process with his new team … he’s still capable of exploding at any given moment.

Without further adieu, here are three takeaways from the win.

Offensive Struggles in the First Half

With a “big three” consisting of Kyrie Irving, Kevin Durant, and James Harden, it’s no surprise that the Nets entered Monday’s exhibition first in the NBA in scoring (120.3 points per contest). However, that high-octane offense that we’ve grown accustomed to was not present in the first half against Miami.

Give credit where credit is due. Erik Spoelstra implemented defensive schemes that disallowed Brooklyn to enter their offensive sets comfortably. Whether it was trapping Harden in the pick-and-roll, or methodically falling into a two-three zone for multiple possessions, it was glaring that the Heat was given the Nets all they could handle.

Brooklyn shot an abysmal 34.9 per cent from the field and 11.8 per cent from beyond the arc; Harden/Irving/Durant combined for 19 points on 7-22 shooting (31.8 per cent). Considering that Durant entered the game second in the NBA in scoring (31.3), with Irving not far behind at 29.3 points and Harden at 24.3 — such a lackluster start did come as a surprise. Had it not been for their own defensive intensity in that opening half, the Heat’s four-point lead easily could have ballooned into double-digits.

Harden, who led the league in scoring for the last three seasons, attempted just two shots in those opening 24 minutes. Since joining the Nets, he’s consistently deferred to the team’s other high-usage superstars — Durant and Irving. There’s something to be said about his unselfish play, his playmaking has been sublime in his brief Nets tenure thus far, but at some point, the team is going to need him to look for his shot more aggressive. Especially with his minutes strategically staggered by head coach Steve Nash so he’s in sole control of the second-unit.

It’s one thing to defer to All-NBA talents … but tail-end depth pieces? That’s where Harden should take matters into his own hands, especially with the offense in dire straits as present in the first half. However, there’s good news. Down the stretch, officially in crunch time, Brooklyn cleared out and Harden went to work. Sixth in the NBA with 6.3 “clutch” points per game (Per NBA Stats), where the score is within five points with under five minutes left, he helped spur on a 15-0 run to turn a meager one-point lead blossom into a 16-point lead with less than 90 seconds left.

There was no need for any concern — at least not yet — even though Twitter pundits may try to tell you otherwise. Steve Nash, pre-game, told media that he’s still getting himself into game shape and getting “comfortable” within the Nets’ schemes. In the final few minutes of regulation, he looked about in shape as an NBA athlete can be.

Have to win the ugly ones

They aren’t always going to be pretty — even with the talent on the floor for the Nets. There’s going to be games where the team can’t buy a basket, where the offense stagnates, where they have to dig deep, buy-in defensively, and muster out a tough-fought win. As much as we’d all love for them to blow out the competition on a nightly basis, that’s not exactly realistic.

Again, credit the Miami Heat. They came into the game depleted, without key players such as Tyler Herro and Jimmy Butler, but they fought hard. With a few minutes left in the fourth quarter, they were only down one point. Fortunately for the sanity of Nets fans everywhere, Harden dug deep into his seemingly endless bag of tricks and took over.

The Nets, as mentioned, heavily struggled from the field — shooting 40.0 per cent from the field and 28.9 per cent from three. Entering the game, they were first in the NBA in overall field goal percentage (49.3 per cent) and third in three-point shooting percentage (40.3 per cent). The game slowed down, they faced a barrage of different defensive schemes by one of the better coaches in the NBA, but they found a way. Great teams tend to do that.