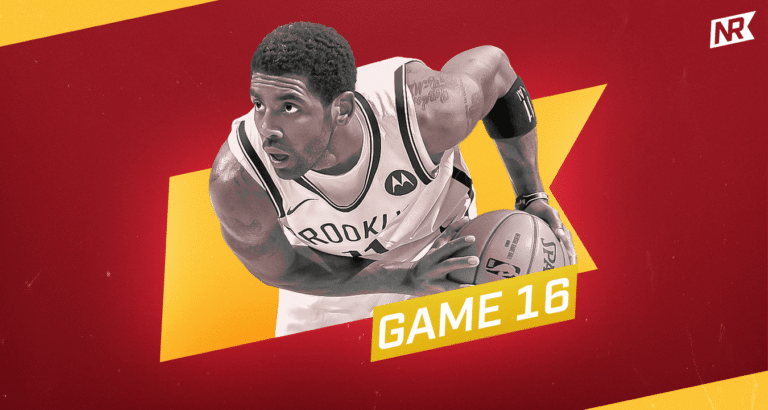 Three Takeaways From the Brooklyn Nets’ Loss To the Cleveland Cavaliers

An acclimation period is on order; unfortunately for Brooklyn Nets fans, that meant an ugly loss to the Cleveland Cavaliers Wednesday night. Here are three takeaways from the defeat.

Well, the moment Brooklyn Nets fans had been waiting for since last Wednesday finally came to fruition as the three-headed monster of Kyrie Irving, Kevin Durant and James Harden took the court together for the first time. The debut of said monster did not go over as expected, however, as the Nets fell to the Cleveland Cavaliers in a marathon of a game.

Poor play throughout most of regulation, coupled with Collin Sexton going nuclear ultimately led to Brooklyn’s demise. Brooklyn also saw a rare poor shooting performance from Joe Harris — who had been on fire as of late. That being said, here are three of the bigger takeaways from the game:

It was going to be a given that this would be one of the takeaways; I mean, not every day your organization — especially if you’re a Brooklyn Nets fan — sees the debut of a “big three” to the likes of KD, Kyrie, and Harden.

Early on, however, it looked like scary hours but for the wrong reasons. The Nets combined for four turnovers in their first five possessions with three of them coming from Kyrie. Once they got the first few possessions out of their system they turned it on and were integral pieces in the Nets’ hot 10/10 start from the field. The trio was also a +7 plus/minus when on the floor together in the first half and combined for 30 points in the first half (KD: 11, Kyrie: 17, Harden: 2). The glaring statistic from the first half was obviously Harden’s offensive totals. Although he was distributing, connecting with DeAndre Jordan on a few lobs, he wasn’t looking for his shot.

The trio did turn it up in the second half and was responsible for the bulk of Brooklyn’s offense down the stretch. In fact, they combined to score 42 of the last 57 points for Brooklyn. It felt like whenever the Nets needed a bucket it was coming from one of those three—or Jeff Green. In total, they combined for 96 points, 23 assists, and 24 rebounds. Granted the two overtime periods helped add to those stats but either way, when these three are scoring like that, there won’t be too many games they’ll lose.

Kevin Durant led the way in scoring with 38 and looked his usual unstoppable self after missing a few shots early on. Fatigue was definitely a factor late and it showed. Durant and Harden each played 50+ minutes with Irving playing 48. Although not as big a factor offensively as Nets fans might’ve hoped, Harden still tallied a triple-double. The sample size is small, just one game with only one practice with all of them together. It’ll take a few games or so for this collection of superstar talent to mesh together on the floor. Although the final result isn’t what anyone wanted, this wasn’t a terrible first impression. Once these guys get it clicking, watch out.

Whatever your opinions on Kyrie’s absence are it’s safe to say Kyrie being back in the lineup Wednesday night was a welcome sight for all Nets fans. Irving started off a tad sluggish as he had three quick turnovers however that was easily forgotten by the dazzling offensive performance he put together in the first half. It felt as if Irving had it stuck on automatic as he was scoring at will and from every spot on the court. At the rim, in the midrange, and even knocking in a deep ball, whatever Irving wanted to do on the court he did it. Irving tallied 17 points in the half and kept the Nets offense afloat when it went stagnant.

Irving was quiet for the most part in the third quarter but found his stride as the second half went on. He continued to hit tough shots and had some pretty timely buckets. He was also involved in a controversial call at the end of regulation where he was initially called for an offensive foul but the call was overturned resulting in a jump ball. Overall Irving ended with 37 points in 48 minutes. Although having him play 48 minutes in his first game in two weeks wasn’t exactly what head coach Steve Nash probably had in mind, it’s clear Irving hasn’t missed a beat.

The clear player of the game, it’d be wrong to not include Collin Sexton in one of the takeaways. Already regarded as one of the bright young guards in the league, Sexton put the Cavaliers on his back down the stretch, literally. He dropped 42 points in total but scored 22 of those points over the course of both overtime periods.

Fifteen of those points came in the second overtime period as everything he threw up found the bottom of the net. Sexton went nuclear, getting buckets over multiple Nets defenders in the frame including Kevin Durant and Kyrie Irving. This was probably a time Bruce Brown, who only totaled 7 minutes in the game, could’ve made a difference with his defense but Steve Nash rode with the lineup that got them there.

As good as Sexton is, these types of scoring nights are few and far between for the young Cavs guard. And just think, it took a superhuman effort and some tough shots to lift his team over Brooklyn. Just have to tip your cap and focus on stopping him Friday when the two teams match up again.

It felt destined that Jarrett Allen and Taurean Prince’s first game with their new team would be against the Nets. And how poetic that they both played integral parts in helping Cleveland win. The two former Nets combined for 29 points and made some huge baskets in the 4th quarter and overtime periods. Prince finished with 17 points, second rebounds, and connected on a few threes. As for “The Fro”, Allen ended up with a 12-point, 10 rebound double-double which included some classic Allen blocks and a “Fro Down”.