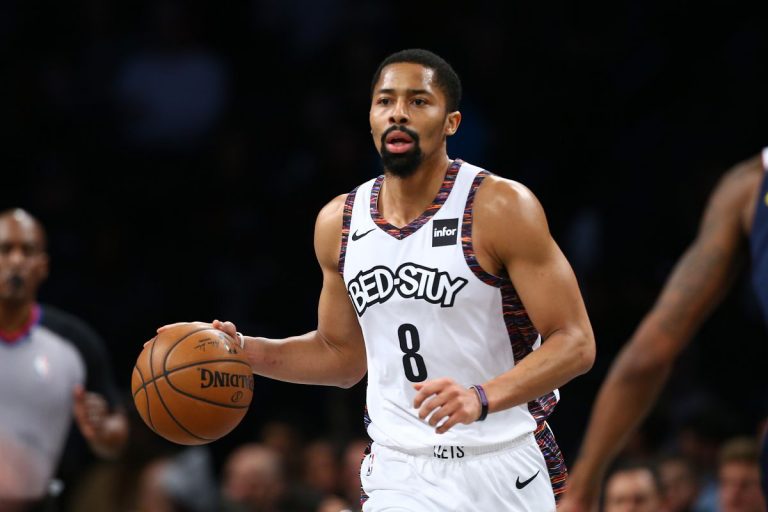 They Used The Horns: Milwaukee Bucks Take Down Brooklyn Nets 1/18/20

On Saturday evening, the Brooklyn Nets hosted the Milwaukee Bucks. Milwaukee occupies the number one seed in the Eastern Conference. The Nets hold the eighth seed. There’s a very good chance that Saturday’s game represents a preview of a first round playoff series in a few months.

If that’s the case, the Nets are going to need to figure out a lot of things.

The Nets fell behind early and never caught up, losing three of the four quarters and eventually falling to the Bucks 117-97. Brooklyn is now 2-8 in their last 10 games, and with their poor play and the current clamor about Kyrie Irving’s comments (which we’re not going to get into in this game recap, nope!) going around, things are looking bleak.

Brooklyn went into this game shorthanded, with no Joe Harris, no DeAndre Jordan, and no Garrett Temple. That already put them in an early hole, with the team having to play Rodions Kurucs as the starting three.

The game got off to a fast pace early, something that benefited the Bucks, who were better equipped to play fast. Giannis Antetokounmpo got going quickly for the Bucks, getting to the rim easily and also showing off his outside game. Giannis finished with 29 points and 12 rebounds, and he made a pair of three-pointers. Letting Giannis score at multiple levels isn’t the way you win a game against the Bucks.

For Brooklyn, Kyrie Irving led the team in scoring with 17 points on 6-for-15 shooting, but the real star of the game was rookie center Nicolas Claxton.

Coming into this game, Claxton hadn’t appeared in a game since January 6th, when he played a minute and a half against Orlando. He hadn’t played real minutes November 27th against the Celtics.

But with Jordan out, Claxton got a chance to remind fans of why he was such an exciting prospect earlier in the season. Claxton plays hard and he plays hoppy, and in 19 minutes of action on Saturday the rookie scored 14 points on 7-for-12 shooting while grabbing six boards and blocking three shots. Claxton was really the one bright spot Saturday:

But Claxton’s good game was’t enough. Taurean Prince was 4-for-15 from the field. Spencer Dinwiddie was 2-for-12. Caris LeVert was 3-for-13. You can’t afford to have that kind of production from three key perimeter players. You also can’t afford to get nothing offensively from your starting center, but that’s what Jarrett Allen did. While he had 10 boards and four blocks, his five points — with three coming from the free throw line — the Nets fell to 1-7 when Allen makes two or fewer baskets.

Chris Chiozza made his Nets debut. He missed all three of his shot attempts.

Brooklyn couldn’t stop the Bucks from scoring from deep, with six Milwaukee players hitting at least two threes. All six players shot 40 percent or better from deep in the game. Dragan Bender — who like Claxton had barely seen the floor lately — was 2-for-4 from three. DRAGAN BENDER.

Brooklyn’s schedule doesn’t get much easier this week. Monday afternoon they’ll take on the 76ers. Thursday they host the Lakers. And even though both of those games are at home, so was this one, and we saw how little being at home meant when the Nets were as overmatched as they were.

It’s clear that this team isn’t playing as cohesively as they did last season, even though the talent level is arguably at least as good as the talent on last season’s team was. Maybe the four game stretch of Pistons, Knicks, Pistons, and Bulls that’s coming up will offer the Nets an opportunity to get things back on track in a less stressful environment, but…look, fans of this team should definitely be concerned about how they’ve been playing.