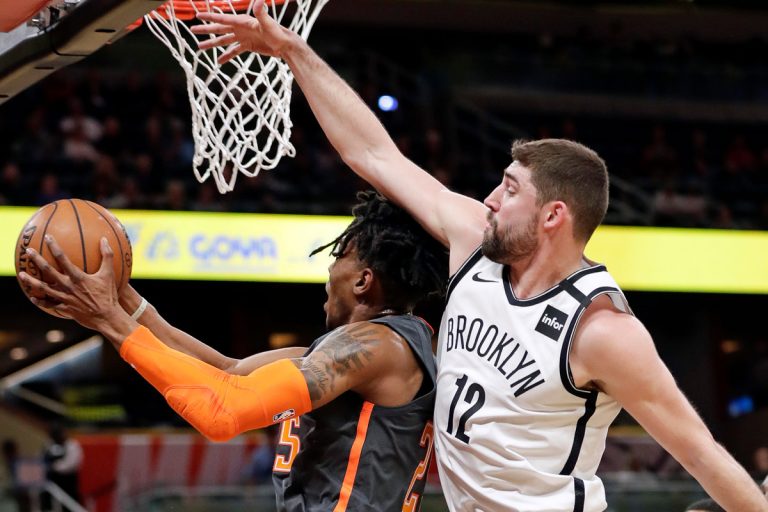 Brooklyn made it six losses on the trot after going down 101-89 to the Orlando Magic. Markelle Fultz scored a career-high 25 points to lead the Magic in scoring. For the Nets, Joe Harris led the way with 16 points on 6/11 shooting to go with 3 rebounds, 2 assists, 2 steals and a block.

The first two quarters didn’t provide many highlight plays as Brooklyn trailed 39-52 at the half. The team shot 14/47 (32.4%) from the field and a paltry 6/25 (26.3%) from three. They weren’t even getting to the free throw line, only taking 6 shots in total from the charity stripe.

The Nets finished the game making history by going 10/47 from the perimeter.

Since Kyrie Irving’s injury, Brooklyn has been the worst three-point shooting team in the league (32.1%).

Taurean Prince and Garrett Temple went 3/17 from the arc. Brooklyn relies on at least one of those guys to shoot above average from three to support the consistency of Joe Harris.

In the third, the bench unit helped them regain the ascendancy. Kurucs, Musa and TLC provided good energy on both ends of the floor and they were able to steal back the lead. It was the first time the Nets had led since 22-20.

Things went downhill from there. That lead evaporated in 2 minutes and 49 seconds as the team gave up a 9-0 run to Orlando when the starters were re-inserted.

Brooklyn were soundly outplayed in all facets of the game. Orlando shot almost 10% better from the field, got to the free throw line 12 more times, and were outrebounded 60-46. All those fundamentals are elements the Nets place a big focus on themselves. Coach Atkinson thinks there’s no one issue in why the team is failing to seal the deal late in games.

“Just find a way to close games out. I think we’ve had some opportunities. We were close, but haven’t been able to get over the hump. Obviously each game there was a different cause for it, so it’s not one particular thing — just being more resilient in terms of especially in the fourth quarter playing better.”

The Nets currently average 25.4 points in the final period, tied for third worst in the league. Thankfully Caris LeVert returns against OKC after being rested for the Magic matchup.

The team sorely misses his presence and could use any help they could get as they look to get their first win since they defeated Atlanta back on December 21.