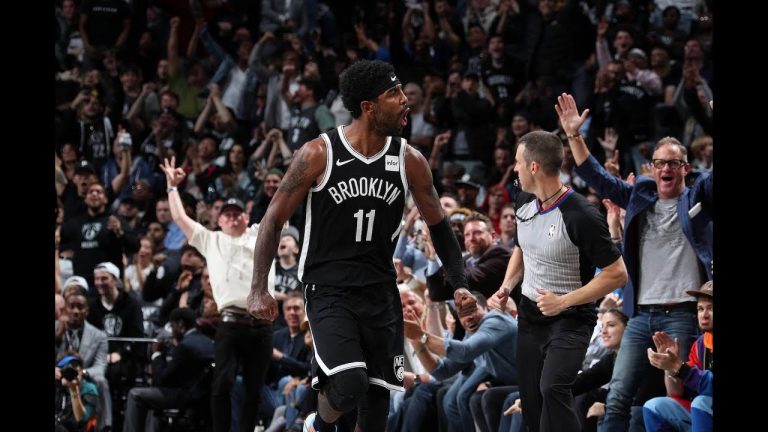 Nets come up short versus the Pistons

I’m not sure who came up with “it’s a game of runs” but it perfectly describes Saturday’s Brooklyn Nets 113-109 loss to the Detroit Pistons. The only issue is that there was nothing to point to as the catalyst for those runs. It just happened. Part of the reason for that is because, “it’s a make or miss league” also applies here. Rather than focusing on the minute details in the fourth quarter that could have swung the win probability, let’s take a macro approach with this game.

In the first quarter, Brooklyn struggled to finish around the basket. That’s not too difficult of a conclusion to come to when Drummond had three blocks and Brooklyn took 13 of their 32 three-point attempts in the first. Converting five of them softened the blow, but 4-for-13 from two and only getting four free throw attempts explains the slow start offensively.

Defensively, saying there was a lack of communication would be giving Brooklyn too much credit. Drummond was able to find backdoor cutters for multiple assists and Brooklyn’s transition defense was an open highway. But to my original point, the reason for all those Detroit transition looks was because of missed shots from the Nets.

In the second, Brooklyn couldn’t hit a three but the lane was wide open. Part of that was because Drummond sat out the first six minutes, but limiting Detroit’s offensive rebounding and pushing in transition created open looks for the Nets. Caris Levert had a big second quarter with 14 points on 5-for-7 shooting and a majority of his points came off of missed shots. At this point, it looked like Brooklyn had figured out how to win. Gang rebound, don’t allow multiple possessions and create offense early and often in transition.

The second half explores the good and bad of Kenny’s offense. Let’s break that down.

The third quarter was a disaster. Forced outlet passes in transition led to second chance opportunities for Detroit. Spencer Dinwiddie was forcing the issue and wasn’t getting rewarded for it. Detroit was getting the same looks they were getting in the first half but now they were going in. Kyrie and Caris struggled to create in the half court. Joe Harris wasn’t getting free off those curls and Drummond had his way in the paint with two blocks and a steal.

The fourth was a shootout, so a full breakdown isn’t necessary. Both teams got whatever they wanted, although we could criticize Atkinson’s decision to play Spencer over Caris but his first three minutes in that fourth weren’t good.

The interesting discussion is how this team operates. Last season, the offense was predicated on two main ball handlers and a bunch of beneficiaries. Either D’Angelo Russell or Spencer Dinwiddie would start the defensive rotation with their penetration and it was up to the role players to break down the defense with ball movement.

This year, and specifically tonight, it felt different. With this roster construction, it feels like Kenny is challenging the value of passing. With so many creators off the dribble, the offense feels stagnant. Finding Joe off the curl is a staple that still exists, but beyond that, every other player is hunting the switch. Spencer is better than what he was last night but his play is a product of that mindset. It should be stated that offense isn’t the biggest concern but it’s been an interesting trend so far.