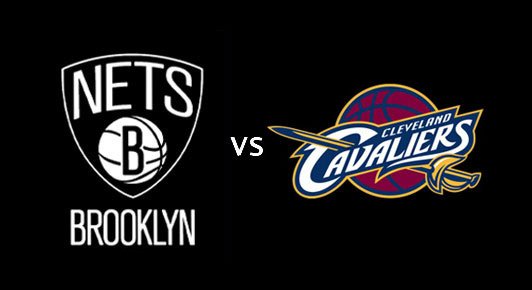 If we’ve learned anything from last night’s game against the Golden State Warriors, it’s that the Nets can hang with the best of them. Despite the visitors ultimately running away with the game, the first half remains a huge reason for future optimism. Still, the Nets don’t have time for rest. Tonight is the second night of their back-to-back, and they’re traveling to Cleveland to take on the current NBA champions, the Cleveland Cavaliers.

The Cavs are in fine form for tonight’s showdown, having won 8 of their last 9 games. They are, however, having some injury troubles. J.R. Smith is expected to miss the next 12-to-14 weeks after undergoing a thumb surgery earlier today. Kevin Love is listed as questionable due to a niggling knee injury. Chris Anderson will miss the rest of the season after suffering an ACL tear a week ago.

That leaves James and Irving as the main threats. King James is having one of his best shooting seasons in the league so far, converting 41.5% of his 3-point attempts in the last 19 games. Not too impressive by itself, but he’s taking five threes per game. The Nets are unlikely to stop him, but Rondae Hollis-Jefferson has the size and defensive capability to slow him down. Expect RHJ to get a lot of playing time tonight.

Dealing with Irving will be an even tougher task. Jeremy Lin might be able to annoy him with his active hands, but Irving has been phenomenal lately. Perhaps Atkinson will opt to close down the passing lanes and force Irving to attack the basket more often. This strategy would likely result in Kyrie having a monster game, but the Cavs struggling as a whole. If the Nets let him find his slash-and-kick game, the rest of the team will get plenty of easy looks. Cleveland has been the best 3-point shooting team in the league so far, making 40.7% of their attempts beyond the arc.

As for the Nets themselves, their odds are not too great. They’re currently the worst defensive team in the NBA, and the Cavs have a number of favorable matchups to exploit. The Nets will have to force a high-scoring game in order to compete tonight, with the team hitting over 40% of their threes and Brook Lopez having another excellent showing. Lin is still finding his legs after returning to the starting lineup, but he could give Irving some trouble on the offensive end as well.