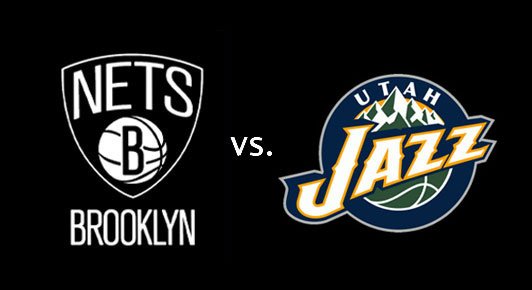 The Brooklyn Nets have finally snapped their losing streak and they have finally come away with their second win of 2017 and their tenth of the 2016-17 season. This has been a long and stressful season for many reasons. Getting a win on the road in the midst of a west coast swing always make things feel a little better. Can the Nets build off of that win going into Utah?

Let’s get one thing straight; the Jazz are much better than the Kings. The Jazz have Gordon Hayward and Rudy Gobert, two of the better young players in this league. Hayward can shoot lights out and Gobert will dominate you in the paint until you cannot take it anymore.

Brooklyn will definitely have their hands full trying to contain both of these beasts for the Jazz. Maybe, since there is momentum, Brooklyn can play solid defense and contain both athletes en route to another win. Probably will not happen, but it is wishful thinking, right?

If Brooklyn wants to win again, they need to disallow themselves from going cold and disallow the opposition to take advantage of Brooklyn’s cold streaks by going on 10-0 runs or worse. There were plenty of times where Brooklyn looked like they would blow the game against the Kings. They cannot have any of those moments against the Jazz because they will ultimately end up losing.

This is the second matchup of the season for these teams and the last one was pretty close most of the game. It really was not until the second half when Utah pulled away. The highlight of that game, though, was Isaiah Whitehead rejecting Rudy Gobert with attitude.

When all is said and done, Brooklyn really could end up winning this game if they play some of their best basketball. Brook Lopez has been playing well, Jeremy Lin looked great in Sactown, and the young guns, especially Caris LeVert, are really coming along nicely. This should be a fun game to watch, win or lose.