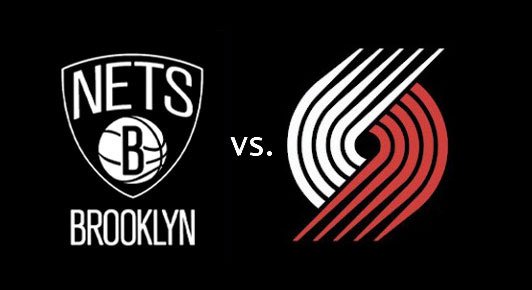 The Brooklyn Nets could not carry any momentum from their 109-100 win against the Sacramento Kings into last night’s game against the Utah Jazz. Brooklyn got blown out by the Jazz up in Utah 112-97. The one big positive from that game was that Jeremy Lin did not play too much.

With Brooklyn now on the back half of a back-to-back, the team is sure to be tired. Point guard Jeremy Lin got into foul trouble last night and only saw about 20 minutes of action. The limited action will hopefully good news for tonight where Lin should be getting 25-30 minutes at least.

The Nets are really going to need Lin, too as they are about to go up against one of the league’s best in Damian Lillard. Lillard can make it rain from all over the court and he can drop some of the hottest dimes around with relative ease. He translates his fluidity on the floor to all aspects of life, even his rap game.

Lillard does not act alone. His sidekick, C.J. McCollum, has had an outstanding breakout season. McCollum is averaging 23.2 points per game and is shooting the ball at 41.5% from downtown this season. Throw in the newly acquired Jusuf Nurkic to grab all of the rebounds inside and you have yourself a solid team.

Brooklyn will have their hands full trying to contain these two great players for the Blazers. Even if they do, they can still find ways to beat you.

Yesterday was one of the few games this season where no one was listed on the injury report. Going into tonight, though, there are three. It was nice to get Quincy Acy back in action. If Brooklyn can get the energy and production that Acy gave last night every night, they will be extraordinarily happy. Acy could prove to be an important part to this lineup.

There is always the chance that Brooklyn can pull off the win. If they can do it, it will be because both Lillard and McCollum had off-nights. These Blazers can be really difficult to beat any given night with these two guards at the helm.