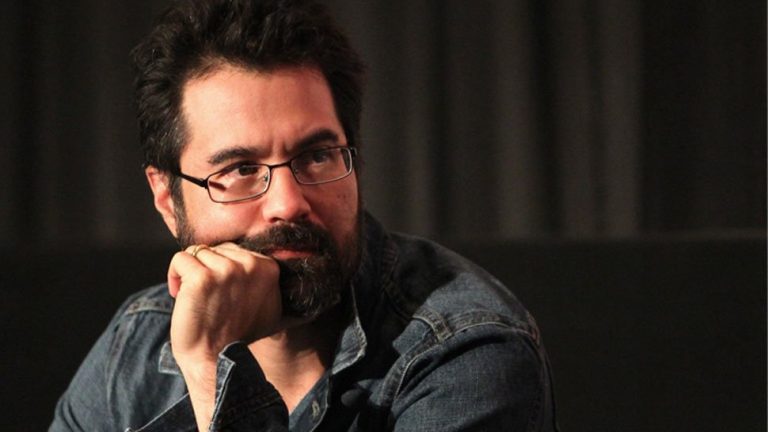 The Man Behind The Comics: Getting To Know Greg Pak

Contrary to popular belief, the Dos Equis spokesperson is not the most interesting man in the world. That title now belongs to Greg Pak, author of the very popular Marvel comic: Totally Awesome Hulk that just happened to feature current Brooklyn Nets point guard Jeremy Lin. It’s not everyday you come across someone as educated, diverse, or interesting as he is.

Pak’s origins story started in Texas and took him all the way to the halls of Yale, where he studied Political Science as an undergrad before attending the University of Oxford as a Rhodes Scholar to study history with the intention of getting into politics. He was particularly inspired after working on Ann Richards‘ first gubernatorial campaign. Despite serious political ambitions, Pak always kept his passion for writing alive.

“I grew up drawing and writing short stories; I’ve basically wanted to be a writer since I was nine” Pak told Brook-Lin.com.“But for whatever reason, I stopped thinking about that as a career goal somewhere along the way and studied political science as an undergrad at Yale. I also took creative writing classes and did improv comedy with the Purple Crayon and drew cartoons for the Yale Daily News Magazine and the Yale Record.”

While at Oxford, he did not let his passion die. He continued to write and draw as he studied to become a politician, but it wasn’t long until he found himself in front of a new medium: film. After getting involved with a student film group, he decided to attend NYU’s prestigious graduate film program.

At NYU, Pak would unknowingly take his first steps down the path that would eventually lead him to work on such projects like World War Hulk, Teen Titans, and Batman/Superman. Following some short films that were largely well-received by his peers, he made arguably his best film to date, Robot Stories.

“Robot Stories is an independent Sci-Fi movie made up of four Twilight-Zone-length stories,” Pak said. “But each one of those stories tells an intimate, emotional story about families and couples struggling with some question of love and death. None of those stories are autobiographical, but they’re all personal in the sense that they’re emotionally raw and honest. I’ve tried to carry that approach into all my storytelling, combining fun genre hijinks with genuine emotional storytelling.”

His raw and honest storytelling sprinkled with humor and hijinks got the attention of a wide audience, including Marvel, who asked for a meeting with Pak after editors got their hands on the script of Robot Stories. A meeting with Marvel is probably something every kid that read comics growing up dreamed about. For Pak, comics played a large part in how he grew up.

“I grew up biking to the local 7-11 and later to the local comic shop every week to buy comics. My favorites back in the day were Micronauts and Moon Knight“ Pak said. “That wild, epic storytelling in the original Mantlo/Golden Micronauts run and those gritty, trippy stories and art of the Moench/Sienkiewicz Moon Knight issues had a huge impact on me.” Pak continued, “But even before that, my first love in comics was probably Charles Schulz’s Peanuts. I still reread those collections. The irony and emotion and wryness and fortitude of those strips have probably shaped me in ways I don’t even know.”

As you read Pak’s work now, the influences of grittiness, emotion, and wryness show through in every comic he writes. Starting in 2004, Pak started working on the Warlock series and then was tapped for the X-Men: Phoenix Endsong mini-series. After that, he was put on a project he had been looking forward to for some time: Planet Hulk.

“The Hulk had always been my favorite superhero; probably due to the Bixby/Ferrigno television series,” Pak continued “which I loved and which I credit as my introduction to the literary concept of tragedy. My first Hulk run, with Planet Hulk and World War Hulk, remains one of my best experiences in comics. It was just hugely fun and inspiring, and everyone on the team was working with all cylinders firing.”

It was around that time when Pak, with the assistance of artist Takeshi Miyazawa, created a character by the name of Amadeus Cho in the Hulk storyline. Amadeus is a Korean-American teenager who has massive self-control issues that get him into trouble wherever he goes. He is the Hulk’s biggest fan, for obvious reasons, and made many appearances in Hulk comic books.

After a few years of writing him into the story, Pak got an offer from his editor, Mark Paniccia, to make him the new Hulk. This spawned the new series Totally Awesome Hulk, starring Amadeus Cho as the young, cocky Hulk who gets into tons of trouble. Making Amadeus the face of the Hulk franchise was a move that meant a lot to Pak, who spent most of his film career giving the perspective of being an Asian-American.

“I think I’ve been particularly interested in getting Asian Americans up on the big screen or in the pages of my books because I grew up seeing so many horribly racist, stereotypical depictions of Asians in American pop culture,” Pak said. “Things are definitely better now than they were when I was a kid. As just one example, having Fresh Off The Boat, the Dr. Ken Show, and The Mindy Project all on television at the same time is pretty remarkable. But it’s still almost vanishingly rare to see a mainstream feature film with non-stereotypical Asian American leads. And stereotypical or racist stuff still gets out there all the time. So I’ve been very happy and appreciative of all of the companies I’ve worked with in comics and especially all the readers who have been so supportive of the Asian American characters I’ve written over the years.”

Using his platform of comic books, Pak has been able to not only give Asian-American children a truly relatable character (not one embedded with stereotypes), but also educate other children on their perspective. In Totally Awesome Hulk #13, within the first three page, there is an instance where Amadeus Cho is compared to current Brooklyn Nets point guard Jeremy Lin simply because they are both Asian and are good at basketball. Instead of a) accepting it or b) losing his temper, Amadeus calmly explained why that wasn’t cool. To further reinforce it, Lin himself appears in the comic and aptly compares Amadeus’ stroke to two-time MVP Stephen Curry.

Both Totally Awesome Hulk #13 and #14 feature Jeremy Lin, who since bursting onto the scene with Linsanity in 2012, has been known as the greatest Asian-American athlete. That stretch of games went on to inspire so many and gave Asian-Americans, especially children, a relatable role model free from any of the traditional stereotypes. His immense popularity has inspired an avid following that has brought a lot of new followers to the sport. Pak himself even admits to getting sucked into it all following Linsanity.

“Honestly, I didn’t really care much about basketball until Linsanity,” Pak said. “But the experience of watching Jeremy and the Knicks during that stretch was so much fun I became a fan for life. I’ve followed Jeremy to every team he’s been on, so I’ve been a Knicks fan, a Rockets fan, a Lakers fan, a Hornets fan, and now a Nets fan. I’ll be honest; I’m definitely a fan of Lin first and the various teams second.”

His introduction to the game may have come later in life, but Pak quickly fell for the sport and all the drama that goes along with it. Aside from watching Lin, he also enjoys Gregg Popovich, Kemba Walker, Patrick Beverley, and Brook Lopez. Despite growing up without the presence of organized sports, Pak can see the game for what it is: an incredible story.

“I’ve come to really appreciate the incredible drama and the tremendous stories on display every night as all of these different personalities play out in different ways over the course of a game,” Pak said. “I’ve also developed a huge amount of respect for these players, putting themselves on the line night after night. All that mental discipline and fortitude from the best players is hugely inspiring.”

It was these displays of mental discipline and fortitude that started putting the wheels in motion to have Jeremy Lin star in not one, but two issues of Totally Awesome Hulk. The first issue, number 13, was well-received by the masses and even sold out in some markets. The thought of pairing Lin, the most recognizable and greatest Asian-American alongside Amadeus Cho, the world’s biggest Asian-American superhero, was just too tempting for Pak and the crew over at Marvel. Lin’s humbleness, commitment to teamwork, and commitment to improvement all served as inspiration for the move.

“All of that seemed like it would make for great fun and drama if contrasted with Amadeus’s cocky overconfidence.” Pak continued, “Amadeus is a teen supergenius who’s also the Hulk. He thinks he knows everything. If he were a basketball player, he’d be the biggest ball hog you ever saw. So all of that would provide instant drama and fun when contrasted with Jeremy’s team-oriented attitude and fortitude. At the time, both Amadeus and Jeremy had those fauxhawks. Perfect, right?”

What ensued was the rare perfect blending of a real-life character into a story. Lin’s presence in Totally Awesome Hulk #13 didn’t feel like an invasion of the story or like a random celebrity appearance, but more as another character in the story. If you haven’t read it yet, it is available for sale and download here. The second and final installment of Lin’s guest appearance, Totally Awesome Hulk #14, is scheduled to release on January 18th, but you can check out a sneak peak of the cover and first five pages below.

To call Greg Pak’s story interesting or inspirational just doesn’t do it justice. His journey has taken him from Texas to the Ivy League, to the most prestigious university in the world, and finally to the top of his field; all while staying true to himself and his roots. There were no compromises; there wasn’t a shortcut taken. And maybe that is the most interesting or inspirational part about Pak. He did it the right way.