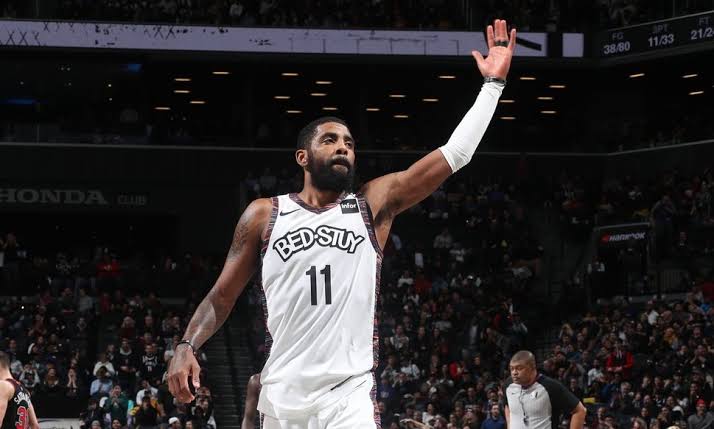 Kyrie Irving made history in Brooklyn’s 133-118 win over Chicago. In one of the best performances by any player this season, Irving’s 54-points helped catapult the Nets to their second straight win.

Kyrie shot an incredible 19/23 from the field in his second 50-point performance as a Brooklyn Net. Only Wilt Chamberlain and Michael Jordan have ever scored over 50 points and had a higher field goal percentage in NBA history. Here’s a list of other incredible records made by Irving stunning showing against the Bulls:

You could tell Kyrie was going to have a big night as he kicked the game off with a pullup three. He finished the first quarter with 16 points on 6/6 shooting.

Jarrett Allen chimed in with a highlight of his own. The young big man continues to show growth on the offensive end.

Midway through the second Brooklyn extended the lead to 17. Spencer and DeAndre’s connection in the second unit was on display plenty throughout the quarter.

Brooklyn couldn’t miss as they started 5/5 from the field in the period.Dinwiddie continued to score from all facets of the floor.

A wonderful hustle play from the Nets was rewarded with two points.

Irving ended the second with an absolute flurry scoring five points in as many seconds.

Kyrie finished the half with 27 points on 10/10 shooting including 4/4 from three. This stat reflected the ridiculous productivity and efficiency of his first half showing.

Allen showed off a pretty dime to Harris for three.

Garrett Temple proved, despite his veteran status, that he’s still got some hops.

It wasn’t all smooth sailing for the Nets. Eight turnovers in the third allowed Chicago to cut Brooklyn’s lead to just seven to end the third. When Irving was re-inserted in the final quarter he immediately  steadied proceedings with a sizzling display on offense.

The Mamba Mentality was on full display from Uncle Drew in an historic night from the glittering guard.