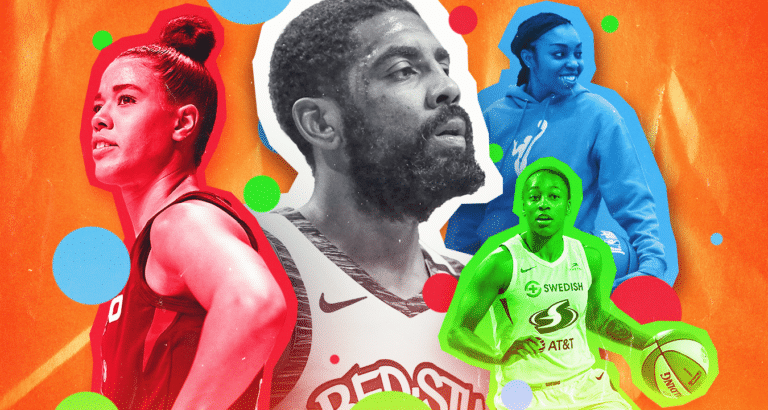 This WNBA season will be different than all others because of COVID-19 and racial injustice.

This was a hard financial decision for some of these players. So, on Monday, when Kyrie Irving announced the KAI Empowerment Initiative, some players were excited.

Irving committed $1.5 million dollars to players who opted out of the 2020 WNBA season, so they could still earn their salaries. To qualify, players have to explain why they opted out, and they can’t be paid by other companies.

“Whether a person decided to fight for social justice, play basketball, focus on physical or mental health, or simply connect with their families, this initiative can hopefully support their priorities and decisions,” Irving said.

He talked to Natasha Cloud, who is sitting out this WNBA season for social justice concerns and Jewell Loyd of the Seattle Storm, who is playing this season and helped him get in touch with many of the WNBA players who opted out of the season.

When I spoke with Loyd, she said of Irving, “He wants to learn more about the WNBA, our lifestyle, and what we sacrifice to make it a reality.”

Cloud told me about the initiative, “Oh my gosh, it’s everything!” She added, “His support, his understanding of women’s equity and using this movement and doing whatever he can to help us, that’s huge.”

Elizabeth Williams of the Atlanta Dream, who serves on the WNBPA executive committee, said about Irving’s initiative, “Yeah, I think it’s great. I think Kyrie has always supported the women’s game. Even when he was at Duke, he was always at all the women’s games, and he’s been very vocal about it. So, it doesn’t surprise me he’s done something like this, and I think he understands for a lot of players it was a tough decision to opt out. But, it was necessary for some, and I’m glad that he wants to support them.”

Jazmine Jones, New York Liberty rookie, said, “It’s a great gesture. . . It’s good to know that someone is picking up where Kobe [Bryant] left off, because Kobe was a big advocate for women’s basketball.”

Players who want to sign up have to do so by August 11. The initiative also gives WNBA players access to a financial literacy program provided by UBS.

Irving’s initiative will hopefully help some of the WNBA players in their unique situation.