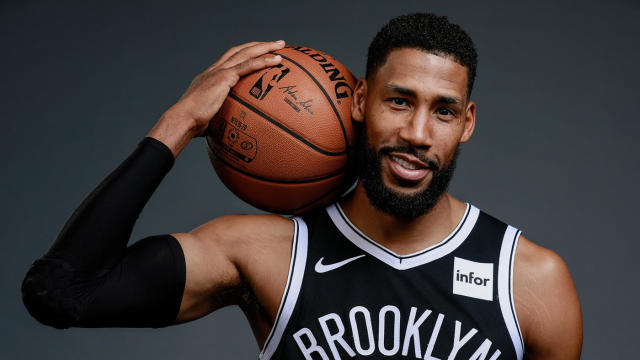 It’s no secret that we are living in a tumultuous time in the country right now. Over the past few weeks, we’ve seen many protests against racial inequality and police brutality in response to the murder of George Floyd. During this time many high profile celebrities and athletes have spoken out on racial inequality and in support of the “Black Live Matter” movement. Many Nets players in fact have been seen at protests and Barclay’s Center itself has been the hub for many protests in New York. Friday, Brooklyn Nets players Joe Harris and Garrett Temple took over the NBA Instagram Live to do a joint discussion on topics of racism and justice.

The IG Live started off a bit rough but in a comical way as for the first two minutes Joe Harris was dealing with sound issues, and the viewers let him know about it. It’s okay Joe, not everyone can be a tech guy like Spencer Dinwiddie. After Harris and Temple exchanged pleasantries Harris went into talking about how the team has had deep conversations before around topics such as this in the locker room and weight rooms. That guys are comfortable enough having discussions such as this on the team.

Harris deferred to Temple for most of the session and Garrett went on to talk about the feelings in the black community. Highlighting how black people are asking “why now?” in relation to the response of George Floyd’s murder. Why was this the boiling point for non-black people to finally open their eyes to what is going on when it had been happening to countless black people over the past few years? He also revealed he has talked to someone who has said “I don’t know if I want to have kids because of how he will be treated”. Something Harris admitted he has never had to think of, but is the reality of many black people in this country. Temple himself is expecting a newborn baby soon with his fiancée.

Garrett would go on to give some background of himself and his family. Temple, from a small area in Louisiana, described how his grandfather (Collis Temple Sr) was denied from LSU because of the color of his skin. The same school Garrett attended from 2005-2009. He also talked about how his father (Collis Temple Jr), the first African-American to play for LSU in the ’70s, was treated while attending the school. He harped on all the racial slurs and threats that faced his father during his time in Baton Rouge. However, he credited his stoic and calm demeanor to his parents and grandparents.

The discussion then shifted to schools and what is or isn’t taught. Harris acknowledged that Temple has educated him on many things he was admittedly unaware of. Harris also talked about how much he learned just in the first 20 minutes of the movie 13th. A documentary that discusses the criminalization of African-Americans in the is country as well as the prison industrial complex. Joe expounded upon the fact that peaceful figures such as Martin Luther King Jr, Ruby Bridges, and Rosa Parks were mainly what schools focused on growing up. However, history such as the Tulsa massacre wasn’t talked about at all.

Temple then brought focus on the police in America. How they are derived from slave catchers, which was then rebranded into sheriffs, and ultimately into the police of today. The two exchanged in dialogue on how the cops treat people differently. Temple even recanted a story Harris had told him from when he was younger about how he was riding in a car with a few African-Americans when the car was pulled over. The cop then proceeded to ask Harris if he was alright which Harris thought wasn’t right. Harris, who himself is from a small town in Washington, also pointed out that he’s never had talks with his dad on how to deal with the cops if pulled over or how to handle racist slurs while at school. Shining a light on how different it is growing up white as opposed to black.

Lastly, the two discussed how black people cannot win the fight against racism and discrimination alone. It will take a group effort by everyone and what it truly means to be an ally. Temple harped on white people using their white privilege for good and help in the fight against inequality. Whether it be educating others or stepping in and calling out injustices. A comparison they used was their male privilege, and how in the same way men need to speak up for women, so too must white allies use their voice to speak up for people of color.

Temple is no stranger to being active and vocal outside the NBA. Not only is he Vice President in the NBA Players Association, but he has also been very outspoken on criminal reform. He’s also advertised the “Grey Challenge” which is a challenge to watch a select group of movies that helps educate on the black experience. He has it posted to his Instagram and Twitter.

The dialogue between Harris and Temple is something that needs to happen more within our country. Conversations on race are not easy but must be had if we hope to truly achieve equality for all. It’s okay to ask questions and get more insight into what can be an emotional topic. During the Instagram Live session Temple also explained that black people are not offended if you ask them questions about race. The more questions asked the more we can understand and empathize with each other.