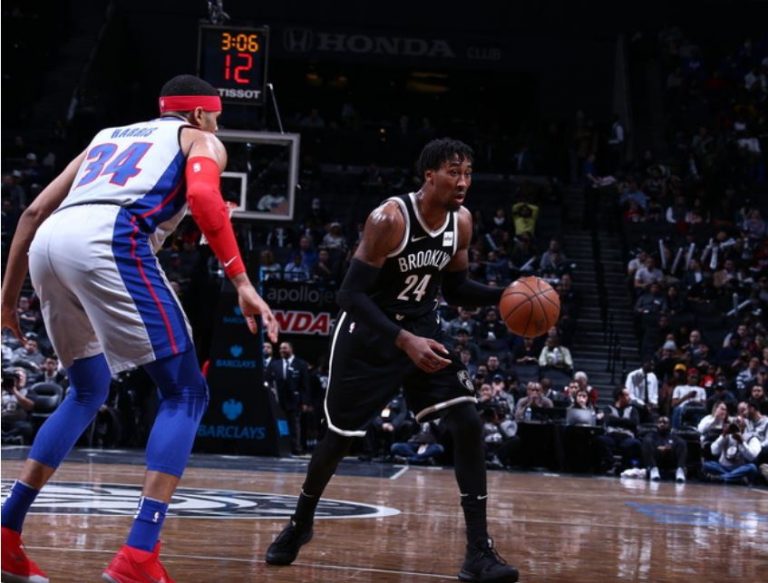 How To Net The Win: Brooklyn Nets at Detroit Pistons 1-21-18

The Pistons surprised everyone by starting the season 10-3, but since they are a dreadful 12-19. Reggie Jackson looked really good right out of the gate, but he couldn’t stay healthy. That has probably cost them some wins, but no one was really expecting the Pistons to be a good team this year.

Tobias Harris has been getting a little bit of All-Star consideration. He shot the lights in the month of November by shooting 48.6  percent from three. Tobias has been much improved this year. However, in the month of January, his three-point shooting has cratered to 30.2 percent. If those rainbows aren’t connecting the Pistons will have to look elsewhere for shooting.

Avery Bradley’s production has varied greatly game to game. He is shooting 40.2 percent from three this season so if his shot is falling he can be dangerous. Furthermore, Bradley is a terrific defender that can give the Nets issues on the other end. And then there’s Ish Smith who is a bucket getter, but cannot hit a three to save his own life.

Andre Drummond could have been had for almost nothing last trade deadline, but after having surgery to repair his deviated septum this summer he’s a changed player. Drummond has become a great passer for a big and has picked up his free throw shooting. Oh, and also he still dominates the glass.

The Pistons have been pretty poor at defending the three this season aside from the right corner. Allen Crabbe needs to let them fly from above the break or left corner. Rondae Hollis-Jefferson, Tyler Zeller, and Jarrett Allen shouldn’t be afraid of attacking. Despite Andre Drummond often being referred to as a rim protector the Pistons are fifth worst allowing opponents to shoot 65.1 percent from the restricted area.

D’Angelo Russell is back, but didn’t really do much in 14 minutes in the last game. Spencer Dinwiddie has been sensational filling in and has certainly carved a big role even when Russell gets up to speed. However, Dinwiddie’s shot isn’t always pretty. If he’s not feeling it, expect some touches to be deferred to Russell.

Caris LeVert had a fantastic December shooting 49 percent from the field and 45.3 percent from three. Since then he’s gone through a bit of a rough stretch only shooting 35.6 percent from the field and 31.4% from three in the month of January. His shooting might not be money in the bank, but he does so many other things that the Pistons likely won’t focus on stopping. Those little things like playmaking, rebounding, and defense from LeVert might just be enough to turn the game especially if Rondae Hollis-Jefferson is the Pistons defensive focus.

The Pistons have lost 4 straight, but they are somehow favored by 6. Not only do I think they won’t cover, but I think the Nets should win this game.