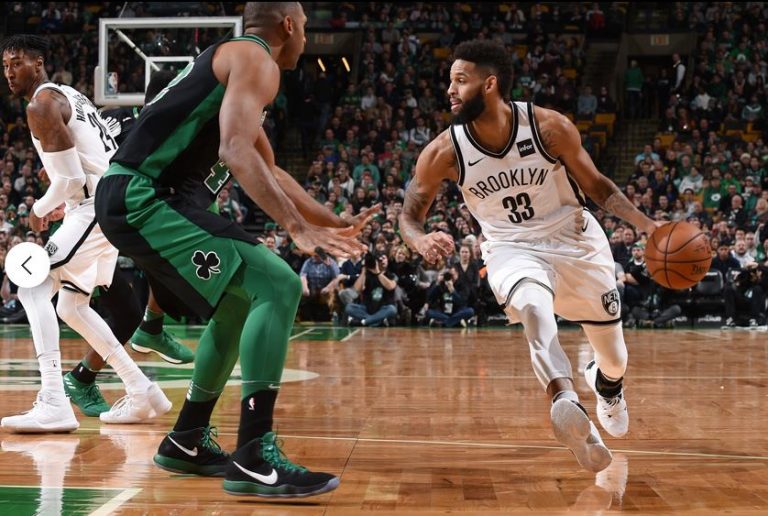 The day has come. Wednesday, April 11, marks the end of the 2017-18 NBA regular season. The Brooklyn Nets and Boston Celtics meet for the fourth time to play their 82nd games of the campaign.

Both have different things planned for the next couple of weeks. Boston hopes to compete for a championship despite being without Kyrie Irving; Brooklyn gets an early start to their offseason.

This meeting is somewhat meaningless to both teams as far as records are concerned, but don’t expect a relaxed contest. The Celtics want to gather as much momentum as possible heading into the first round of the postseason. The Nets want to finish the season on a high note and bring some confidence into 2018-19.

Boston has survived since the news about Irving came out. Last week, reports surfaced that the five-time All-Star would miss the playoffs after undergoing a knee operation that became necessary after an infection was found during his “minimally invasive” surgery last month. In his absence, the Celtics are 8-5. They’re relying on a lot of inexperience, and exploiting the fact that is how teams have taken advantage of them.

Feast On The Reserves

Boston lost to the Atlanta Hawks on Sunday. The final was 112-106. Atlanta completed the comeback victory because Brad Stevens kept his starters on the bench for the entire fourth quarter.

The Hawks outscored the Celtics 36-24 in that frame. That decision by Stevens was warranted. Boston is firmly entrenched in the second seed, and he wanted to rest the guys who have been carrying the team of late.

No, the Celtics don’t have a lousy bench. They just played poorly that night. However, Kenny Atkinson can exploit the team’s lack of consistency in recent games because (a) his bench is deeper and (b) the schedule favors them. Boston hosts Brooklyn on Wednesday but plays the Washington Wizards in the nation’s capital on Tuesday. The Nets are off on Tuesday and have to make a shorter trip.

In the last six games, Brooklyn’s bench has been among the most reliable in the NBA. They’re averaging 46.2 points while shooting 36.9 percent from three. Injuries have shuffled the Nets’ lineups a bit, but the unselfishness is still present. Only one bench unit is averaging more than 13 assists, and it’s Brooklyn’s at 13.7.

Force Boston To Put Points On The Board

Basketball is inherently a simple game. Score more points than your opponent. Doing that guarantees victory. Beyond that, of course, great nuance is involved. Some teams aren’t great at scoring and instead focus on suffocating defense. Boston fits that mold. They have the personnel to play a sloppy, gritty, low-scoring game and still come out on top. Putting up more than 100 points is arduous because, without Irving, they lack a dynamic scorer who creates buckets out of thin air.

Applying pressure on the Celtics defense is vital, but this is the type of game where the number of possessions might be more important than quality. Over the last five games, Boston’s pace is 97.21, the fourth-lowest in the league. Brooklyn’s at 102.61, the third-highest. With D’Angelo Russell and Spencer Dinwiddie, they have two ball handlers who can dictate the pace and create more opportunities. The looks have to be good, but making Boston compete in a shootout is a crucial ingredient to beating them.

Odds: In spite of Boston putting health ahead of all other factors and the Nets being on a three game win streak the oddsmakers favor the Celtics by 4.0 points with an over/under of 207.5 points.