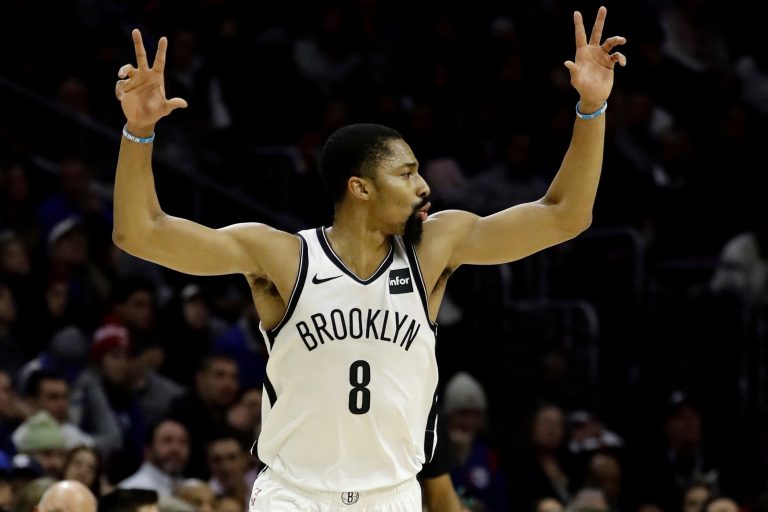 On Sunday, the Brooklyn Nets host the Atlanta Hawks for an afternoon meeting at the Barclays Center. The Nets (12-18) will look to win their fifth straight game, while the Hawks (6-22) look to bounce back after some rough recent outings. Who has the advantage? Who wins?

On paper, this one is pretty easy to suss out: the Brooklyn Nets, even without Caris LeVert and possibly without Allen Crabbe, are the better team. The Hawks have some enticing pieces, including a promising young big (John Collins) and a pair of rookie guards (Trae Young and Kevin Huerter) who project to be a strong backcourt tandem for years to come. But right now, the Hawks find themselves in a spot where the current season feels like nothing more than a long trudge toward the top of the draft.

Here are a few keys for Brooklyn.

The Emergence of Rodions Kurucs

On Friday, Latvian rookie Rodions Kurucs made the first start of his NBA career. I was suspicious of Kurucs being able to have an immediate impact when the Nets took him in the second round of this year’s NBA Draft, especially when guys like Bruce Brown, De’Anthony Melton, and Keita Bates-Diop were still on the board. I actually took part in a mock draft with writers from The Charity Stripe and when Nate Wolf chose Kurucs at 40 for the Nets in that (the only second round pick that was chosen correctly in the entire mock), I was like Nate, there are still some good players on the board.

But Kurucs is #here, and the Nets should be very happy about it. In his first start, Kurucs scored 15 points on 5-for-6 shooting and grabbed six rebounds. Kurucs plays with a lot of energy and really seems to be lifting this team. We’ll see what his role is if Allen Crabbe is back on Sunday, but it seems likely that Kurucs has broken into the Nets rotation, and him giving the team good minutes will help Brooklyn beat the Hawks.

The Atlanta Hawks allow 13 made threes per game. No team in the NBA allows more. The 37.9 percent mark that opponents hit from deep is also the worst mark in the league. The Hawks have some problems with their perimeter defense. Trae Young and Kevin Huerter are rookies who don’t yet have the tools to be good defenders. Jeremy Lin has the worst defensive box plus/minus of his career. The Nets will need to take advantage of that bad three-point defense.

Harris has hit a three-pointer in 27 consecutive home games. He’s averaging 2.3 threes per game and hitting 45.3 percent of them. Guys, Joe Harris is very, very good when it comes to shooting the basketball. And, once again, the Hawks are very, very bad at defending the arc. Joe Harris needs to let it fly from deep, and if so the Nets can make sure this game isn’t close by the end.

It’s still early, but the win/loss splits for Trae Young seem to be going a specific way.

So, Trae Young doesn’t shoot well from deep in losses.

The Brooklyn Nets are holding teams to the 11th-worse three-point shooting percentage this year, a little bit of a surprise because you don’t look at this team and think about their defense. They’re allowing the 13th-most points per game and the 10th-highest field goal percentage overall, but they’ve at least done a good job limiting the three-point threat from opposing teams.

The Nets need to do what it takes to limit Young’s effectiveness. Don’t give him space. Double him if he has the ball late in the shot clock. Hands in his face. Make him put the ball in the hands of someone else. John Collins is good and scares me. Kevin Huerter keeps getting better. But Trae Young is key. Keep him shooting as poorly as he has over the past month, and you’ll emerge with the victory.