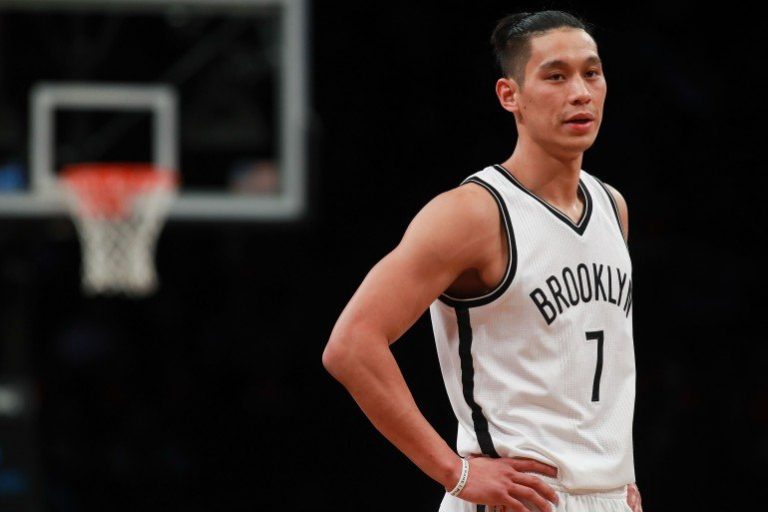 We had to wait a long time for Jeremy Lin’s comeback. That dreaded hamstring injury has forced him to miss a bunch of games and this had led to the Brooklyn Nets slipping near the foot of the Eastern Conference standings.

It is great to see Lin back on the court where he feels most comfortable. However, he did make good use of himself, guiding and offering advice to his teammates from the sidelines in his stylish clothes. Still, it is so much better having him back on the floor where he makes the biggest impact.
It is without question the Nets have Jeremy Lin enormously. They have had to rely heavily on rookie point guard, Isaiah Whitehead. It is a big ask of the rookie since he has not had any experience playing in the league and is still learning on the job. Whitehead did the best he could, but he just couldn’t fill the void Lin left. Lin is irreplaceable for the Nets: he offers leadership, experience, and knowhow, which is the difference between winning and losing. The Nets were 2-3 before Lin’s injury and now they have fallen away substantially with a record of 6-17. The Nets have struggled to find a way to win even though they have been playing extremely hard. They sorely missed that x factor that Lin provides.

The return of Lin

Lin’s comeback came against his old team, the Houston Rockets, in which the Nets loss a tightly contested battle where they struggled to execute that final play that could have won them the game. In that game, Lin made a huge impact even though he was playing on a minute’s restriction. Lin had 10 points, three rebounds, seven assists, one block, and one steal in 20 minutes. There was one statistic that stood out, and that was his +/-. You might disregard the +/- statistics, but when a player is a game-high +17 and is on the losing team, you have to pay some kind of attention. It was clear to see whenever Lin was on the floor, the team looked comfortable and played with extra confidence. He brings a calmness to the team that no one on their roster brings.

One thing that surprised me was how good Lin looked. He slotted back into the action with ease and didn’t kept up with the pace. Lin didn’t look like a player who missed six weeks with an injury. All the traveling with the team and jotting down notes on his clipboard have benefitted him. He was studying his team and finding ways to improve whilst he was sidelined.

The return of Lin is a huge boost for the whole team psychologically. The Nets finally got their leader back–one of their key players is finally fit, healthy again, and ready to go. Brooklyn does not have much talent and when Lin was hurt, they lost an integral member. It was a massive blow to the team, as he is massively important to what the Nets are trying to do.

The presence of Lin on the court will be heavily felt. He is someone who the Nets can turn to during crunch time, someone who can create a big play when needed, and someone who changes games. The Nets have lost a handful of winnable games without Lin. Now with Lin back, he is a player who can get them across the finish line and hopefully, the team will see more wins on a more regular basis. Needless to say, they are a much stronger team with Lin in the lineup, and it’ll be interesting to see how the Nets get on with everyone healthy and available to play.

The Nets’ offense did not flow as smoothly, and the ball movement wasn’t as good without Lin. Too often, the Nets settled for tough shots, and this is something that will change now that Lin is back. He draws enormous amount of pressure from opposition defenses, allowing his teammates space and open looks. Teams know he is the main man–the difference maker. If they are able to contain him, they’ll most likely stop the Nets from getting a positive result. The Nets didn’t have a consistent facilitator to orchestrate the offense the coach wanted. They didn’t have a point guard that could take control of the game and steady the ship when things got tough.
Lin offers a diversity to the Nets’ offensive system. He is able to get to the rim at will, and is able to knock down jumpers. Not many players on the Nets are able to do this consistently, other than Sean Kilpatrick, who has been very good whilst Lin was out. That diversity that Lin offers will give the Nets’ offense more variety, and this will lead to tougher times for oppositions.

Moving on to the defense, it has been a real struggle all season long. The Nets have been consistently poor, and teams have taken advantage of this. The defense has been their main weakness, and it has been highlighted by giving up 115.2 points per game, ranking them last in the league. This statistic is pretty telling–giving up 115.2 points per game will not cut it. The Nets suffered a string of heavy defeats during their losing streak to the Kings, Pacers, Celtics and Trail Blazers, which seemed to have damaged their confidence. The players stopped trusting each other on this end of the floor, and communication has been lacking. It has been pretty ugly to watch at times.

I’m not saying Lin will vastly improve their defense, but he brings a good amount to the table. Lin likes to help his teammates on defense, and that is something that has been missing without him. He is also a leader, is vocal, and will improve the communication, which is key to playing good defense. However, Lin is only one player on the floor, and he can only do so much. The rest of the team will have to step up. Lin has to set an example and hopefully, the team will follow and play inspired defense. I do not anticipate the Nets being a good or even an average defensive team but I feel they can play much better defence than they’re doing this season. The defence has been a big disappointment so far.

The third quarter struggles for the Nets have been strange. I’m not sure the coaching staff or players even know what is contributing to their dismal third quarters. The coaching staff have tried different tactics, such as running more thorough and longer warmups before the second half, but they just keep on continuing to fall apart, and it is very worrisome. The third quarter will no doubt be affecting them mentally as well, and this is not good. However, in the game against the Rockets, the Nets put up 42 points in that quarter and outscored their opponents. Let’s see if they’ve finally turned the corner.

The Nets’ cautious approach to Lin’s hamstring injury was the right way to approach it. Those injuries are not something you want to take a risk on. Lin is finally back, and he will need to find his rhythm and get his conditioning to where it should be. It shouldn’t take long, and soon, he’ll be in full flow. For now, we have to tamper down expectations of Lin since he is coming back from the longest layoff he has had in his career. I suspect good times are ahead for the Nets, and we will be seeing more wins. They will be more entertaining to watch now with their star player back.