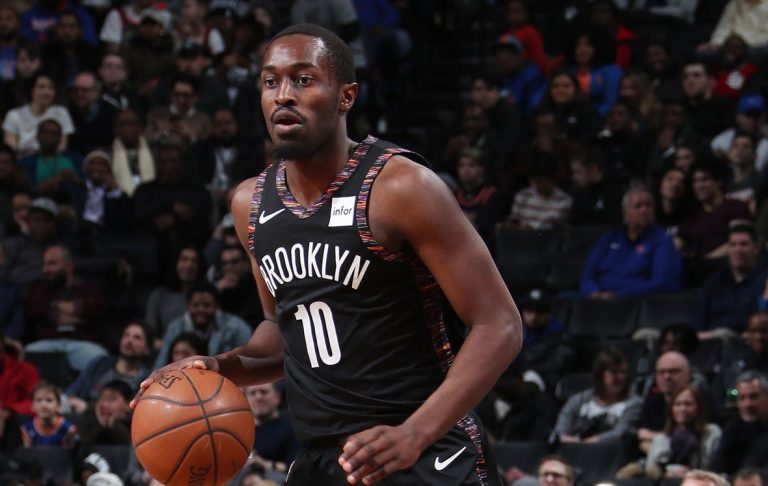 The older I grow, the surer I am about this idea I have been musing on for quite some time now. It is nothing new or incredibly surprising, and it probably ran through your mind at some point in the past too. Basically, it comes down to how we have the best experiences and enjoy our hobbies the most during our adolescence, mostly during our high school and sometimes our college days.

In my case, in terms of how I experienced the NBA and built a fandom for it, it all started in the late 90s when a friend of my aunt was working for the newspaper in charge of the NBA’s official magazine publication, so he handed me free copies every month. I had no idea what I was looking at, who the characters depicted and talked about in the magazine were, and what all of that basketball stuff was supposed to mean. Repetition ended up building a foundation, though, and by the mid-2000s I pretty much knew everything I could about the league.

Coincidentally, I started my high school stint at the same time and since I was never the most heralded and dedicated of the students, I had plenty of time to devote to the NBA. I could recite every player from every team without the slightest of doubts. I devoted myself to keeping my video game rosters updated to the minute. I not only tweaked ratings here and there but maintained a spot-on replication of each player’s sneakers and accessories in the game just so everything looked as real as possible. It drove me mad to find someone lacking a tattoo or whose signature shoe wasn’t available in the game’s editor. I couldn’t watch real-life games live in Spain because I didn’t have cable or Internet back in the day at home, so I had to wait to go to school and get them from the Internet to watch them the next day without stumbling upon unwanted spoilers.

I miss those times dearly.

I miss them because once I started college I practically disconnected myself totally from the NBA. I didn’t have time to spend on the game. It was too much. I caught some news here and there, but that was it. So, I spent four years in a hiatus that saw incredible stuff happening (my Nuggets’ deep playoff runs, LeBron’s first rings, Durant’s ascension to the pantheon of greatness, Golden State starting to turn the table, etc…) and new faces arrive in the Association.

When I came back full time after finishing my studies I found myself a little lost. Who were all of those players? Rudy Gobert? Otto Porter? Cory Joseph? Clint Capela? Sorry, but I was missing something and felt totally lost. Where were the guys I knew just a few years back, and who were all those new faces making headlines? I’m not going to lie: I was so close to giving up but, after all, I had just “missed” four or five seasons and followed the prominent stories around the league. It shouldn’t be that hard to catch up.

Turns out it wasn’t. Thank God. My passion for the sport helped keep me working towards getting back on track, for sure, but the NBA remained the same as always. A bunch of teams win, a bunch of them lose, and new players kept getting in through draft means. Sadly for new fans, they might have a little more trouble getting updated if they find themselves in the situation I was just a few years back.

The Association, more than ever, is expanding its ways of inserting talent into the league. From 2000 to 2010, 192 non-USA born players featured in an NBA game. From 2010 to this day, 248 have already done it. Something similar happens when talking of undrafted players. In the first ten years of the millennium, 244 undrafted ballers played at least a game, while since 2010 as many as 344 have already accomplished the feat. One of the strongest links to this is the creation and development of the G League and its impact and importance for every franchise in the League, and the improvement on front offices looking for and finding bargains among the basketball players out there in the wild.

For the Nets, that culture has grown stronger than for most of the rest. And if you happen to be a Nets fan, and you have been disconnected from the NBA during the past few years, I would perfectly understand you feel a bit lost when looking at the current Brooklyn’s roster.

Take one of the better-known names just to prove this. Spencer Dinwiddie. Drafted by the Pistons in 2014 as a second-round pick, he was sent to the G-League by New Year’s Eve. He spent time there, then was traded to the Bulls, waived, signed and waived again, and finally found his place in Brooklyn at the end of 2016, where he’s been since. Now, he’s a staple of the team, but even if you’ve been not much around lately you still probably have heard his name.

What about those of Theo Pinson or Joe Harris? You must know the latter because even if you don’t follow the NBA that much you still caught the All-Star Game. And Harris happened to go home with a trophy under his arm after winning the three-point contest back in February. But besides that, where the hell did Harris come from? Well, much like Spencer, he was drafted at the end of the 2014 second round by the Cavs and followed a similar path on his way to the Nets. The list of calls up-and-down the G-League seemed to have no end for him until he found a place among the best. The same goes for Pinson. Theo has featured heavily for the Long Island Nets this season, logging 32 games at the time of this writing and proving key to the team’s success (they are 30-14 and boast the league’s best record).

Dzanan Musa, another name you have never heard of if you’re a casual fan of the NBA, has played 31 games for Long Island. The very own Brooklyn Nets opted to draft him in 2018 with the 29th pick. They gave him a try, put him in games early in the season and then sent him to the G-League to hone his skills and give him playing time. Way back in the day, that would have been impossible to think of. He would have seen minutes in October and November, been deemed to bad to make the NBA roster, and maybe even cut. Now, with a developmental league in place, things have changed for the better for players and teams, and the Nets are surely pounding on this new world.

Rodions Kurucs has not followed the same path, but to think of a European youngster having the success he’s having and turning heads like he has was hard to watch happen in the early 2000s. The Latvian forward was a second-round pick this past summer and he has played a pivotal role for the NBA-Nets playing between 10 and 30 minutes most of the time since he debuted on the team’s opening night game.

The last of the Nets’ masterstroke-moves is Alan Williams. Born in 1993 and undrafted, he debuted for the Suns in 2016 after his hometown-team gave him the chance. He went on to play 62 games for the franchise before they moved on and waived him in July. Who else than Brooklyn to try their luck with the guy? Fast forward to this season and Williams has already made the Midseason All-NBA G-League Eastern Conference Team (akin to the All-Star in NBA terms) and been named the Performer of the Week just days ago. He is scoring 20.2 per game in 27 minutes of playing time while catching 12.9 boards a night and dishing 2.1 assists. He already featured for Brooklyn back in January and February three times, but if he keeps his game up it won’t come as a surprise to see him again donning the big-city Nets’ threads.

Not a lot of franchises can talk as loud as Brooklyn when discussing player development, new means of acquiring talent and nurturing methods to achieve the success the team is getting nowadays.

If you have been out of the loop, are a Brooklynite, and want to come back to the NBA fandom on full force, get accustomed to these new trends. The Nets are in vogue and leading the pack in new ways to oust rivals, and you have picked the perfect moment to experience the next revolution of the league. A league which limits Brooklyn is stretching to the greatest of extents.