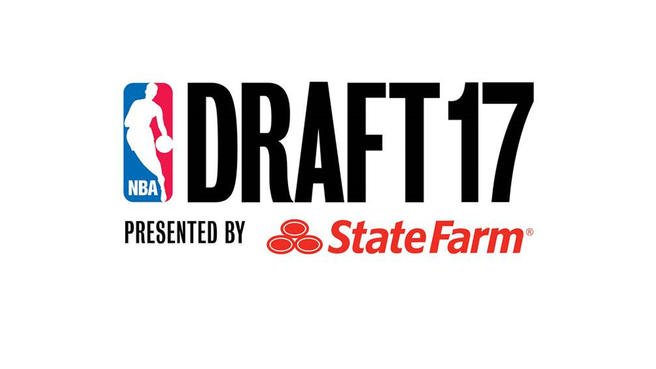 The NCAA Tournament, or March Madness begins next week. The NCAA’s most prestigious tournament will feature 68 of the top college teams vying for glory. It’s one of the world’s most intriguing (and profitable) sporting events. Well, the profitable part applies to everyone except the people that actually make the games exciting. With the NCAA Tournament, basketball fans will be picturing the tournament’s top performers playing in black and white at Barclays.

At the trade deadline, the Brooklyn Nets added a first round pick by trading Bojan Bogdanovic and Chris McCullough to the Washington Wizards for their 2017 first round pick (and Andrew Nicholson and Marcus Thornton.) Bogdanovic has been impressive for Washington so far. But for Brooklyn, the move was for the future.

The Nets potentially have four selections in this year’s draft, two first and two second round picks, none of which are their own. The Nets’ first-round pick acquired from the Wizards is lottery protected. Washington has solidified its spot as a top-three team in the east.

The Nets will swap picks with the Boston Celtics. Celtics GM Danny Ainge stood firm at February’s trade deadline, thinking that the Nets’ selection will build a winner in the future, rather than going for it all by acquiring Paul George, Jimmy Butler, or DeMarcus Cousins. As Nets fans, we’re just trying to see if Trahson Burrell (or R.J. Hunter) (or Cliff Alexander) (or Jimmer Fredette, THERE I SAID IT) will get a 10-day contract.

There could be up to four Nets rookies next season. Add that to an already young core, and the Nets could be one of the youngest teams in the league next season.

Nets fans will probably be checking Wizards and Celtics box scores frequently for the rest of the season. If the NBA season ended today, the Nets would own the 24th and 25th picks in the draft. With less than 20 games left for most teams, draft position might change drastically. Injuries, inconsistency, and rest for any team could easily alter the Nets’ draft selections.

The Celtics have seemingly clinched the second seed in the Eastern Conference. They currently own the sixth-best record in the NBA, in a tie with Utah.

But with the return of Chris Paul, the Clippers could make a late season surge and surpass the Celtics in wins. Additionally, the Utah Jazz seem to be fully healthy now, so they also could finish the season with a better record than Boston. The Nets play the Celtics twice before the season, so they may have the incentive to play their best against the owners of their draft pick.

The Wizards pick has more potential to move a couple of spots. They hold a slim lead over the Toronto Raptors and Los Angeles Clippers in the overall win column. With the addition of Serge Ibaka, the Toronto Raptors may pass the Wizards if the team gels. But of course, there’s a catch that potentially affects the Nets. The Kyle Lowry injury makes a Raptor hot streak unlikely to end the season.

Realistically, the Nets could own the #25 and #27 picks in this year’s draft. At best, they could end up with picks #23 and #25. There’s a possibility that the Nets have back-to-back draft picks for the first time since 2006. They selected New Jersey Net immortals (and UCONN teammates) Marcus Williams and Josh Boone that year. Ow.

What kind of players should the Nets target in the draft?

The 2017 draft is being touted as one of the most talented drafts in years, with several players possessing All-Star potential. But with a pick in the 20’s, the likelihood to attain one of their players may be slim.

Going forward, the Nets’ greatest depth is in their backcourt. Jeremy Lin, Isaiah Whitehead, Joe Harris, and Caris LeVert all have guaranteed contracts next season. The Nets may also add to their depth in the Restricted Free Agent market, with wings Kentavious Caldwell-Pope, Tim Hardaway Jr., and Shabazz Muhammad likely to net big paydays this summer. It will be the second straight season where Brooklyn tries to add talent in (probably) the most difficult way possible. Someone’s bound to not match, hopefully.

The Nets may want to target a big man in the first round. Length and athleticism have been missed this season. Outside of Brook Lopez, the team lacks a long rim protector. With the style of defense the Nets wish to play, athleticism is needed to switch and compete against pick and roll dominant teams. Offensively, Trevor Booker, an undersized power forward, is the only Net that plays above the rim and crash the glass. Quincy Acy has played well in his time with the Nets, but he is also undersized.

But the Brooklyn Nets are 11-52! They need talent everywhere, regardless of position. So Sean Marks’ draft strategy may be to draft the player with the brightest future like he did with Caris LeVert. Again, the Nets are just trying to cross the first down line, and not get a touchdown right away. (Side Note: I didn’t watch the Super Bowl this year. That’s how much I like American football.) Length and athleticism may be key traits Sean Marks looks for in the NCAA and overseas.

You and me? We’ve got a whole lot of history

In NBA drafts from 2006-2016, three players selected between 20-30 became NBA All-Stars: Rajon Rondo, Kyle Lowry, and Jimmy Butler. In 2006, Rajon Rondo and Kyle Lowry were selected at #21 and #24. Sandwiched between those two All-Star point guards were two New Jersey Nets selections, point guard Marcus Williams and big man Josh Boone. Both did not play in the NBA past their rookie contracts, becoming International journeymen. Jimmy Butler was selected with the #30 pick in 2011, an intriguing player out of Marquette that dropped probably due to his senior standing. The Nets selected Marshon Brooks five spots earlier, an explosive (but older) scoring guard from Providence. Mar$wag has become the closest thing to Kobe Bryant in China, but his NBA career was promising at first but tailed out at the end.

While the 20-30 spots may not have produced many NBA All-Stars (a 2.7% chance since 2006), it has produced several B and C tier players. Rudy Gobert, Nicolas Batum, Rodney Hood, and Serge Ibaka were all selected in the 20’s. The back end of the first round has also produced several solid NBA role players as well, like Demarre Carroll, Mason Plumlee, Taj Gibson, and the Nets’ own Trevor Booker. While the Nets may not select the next Jimmy Butler or Kyle Lowry this June, they can still find a useful player for the future.

The Value of Draft Picks

When speaking to Yahoo’s Adrian Wojnaroski after the trade deadline, GM Sean Marks explained the value of the Nets’ two first round picks.

The flexibility of multiple draft picks is a nice option for the offseason. If the Nets see a high upside prospect not in their range, they could potentially move into the teens by dealing their picks. The Wizards did that in 2015, trading their 19th pick to Atlanta for Kelly Oubre at the number 15 slot. Ironically, the #15 pick was a Nets’ pick that was swapped to Atlanta (Billy King is everywhere!)

Another option is using it in combination with a player. If the Brook Lopez were to finally be dealt in this June’s draft, the Nets could potentially send one of their picks along for a greater return. The Nets could do that with any player, realistically.

Marks could also trade one of the Nets’ picks this year for a selection in 2018, where they currently own no picks in the first or second round. The Nets’ 2018 first rounder pick is going to Boston, while their 2018 second round pick is going to either Philadelphia or Charlotte. That second round pick was dealt in the Andrei Kirilenko salary dump. While the 2018 draft may not have as high an upside as this year’s, having a pick would maintain the Nets’ flexibility for next season.

But if the Nets really wanted to go for it, Marks could decide to go all in and trade all of their upcoming draft picks for two legendary players to take the burden off of their star players. Sounds great, right? The progression of the Nets’ assets will be a storyline to watch as draft positions start to become clearer.

After a disappointing season, the NBA Draft is a beacon of hope for Nets fans. While the team may not have their own draft pick, Sean Marks and his staff will be systematic (and automatic, supersonic, hypnotic, and funky-fresh) in choosing a player. Even with three (maybe four) selections throughout the draft, he could possibly acquire even more. During March Madness, the NBA may take a back seat. June 22 can only come so soon. It’s about talent.