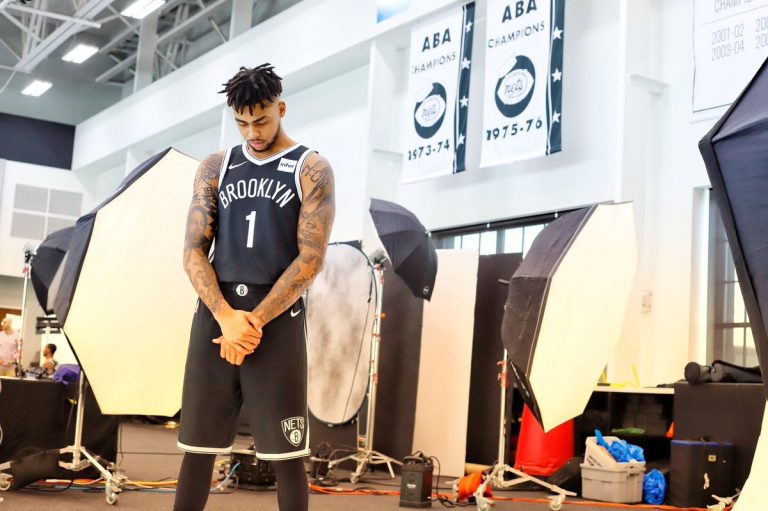 BROOKLYN (Feb. 1, 2019) – The NBA announced today that Brooklyn Nets guard D’Angelo Russell has been named a reserve for the 2019 NBA All-Star Game. The All-Star Game will headline NBA All-Star Weekend on Sunday, Feb. 17, at 8 p.m. ET at Spectrum Center in Charlotte, N.C.

Currently in his fourth NBA season, Russell is a first-time All-Star and was selected by NBA Commissioner Adam Silver to replace injured Indiana Pacers guard Victor Oladipo. He is the 15th Nets player to earn an All-Star selection and the first since Joe Johnson was named an Eastern Conference reserve in 2014. The 22-year-old is the second-youngest Nets player to be named an All-Star behind Buck Williams, who was younger when he was selected in both 1982 and 1983.

In 52 games (all starts) for Brooklyn this season, Russell is averaging a career-high 19.6 points, 3.8 rebounds, a career-high 6.4 assists and 1.2 steals in 29.6 minutes per contest. The Louisville, Ky., native leads the Nets in points per game, assists per game, starts and 3-pointers made (140) and has already tied his single-season career high with five double-doubles this season. He currently ranks ninth in the NBA and third in the Eastern Conference in 3-pointers made and 12th in the NBA and fifth in the East in assists per game.

Russell has recorded nine 30-point games this season after posting seven such games in his first three seasons combined. He has also registered three games with 30 or more points, seven or more assists and no turnovers this season, which is the most such games in a season in NBA history (since turnovers were first tracked in 1977-78). On Jan. 21, Russell earned his first-career NBA Player of the Week honor after averaging 28.0 points (.532 FG, .531 3FG), 3.3 rebounds and 7.0 assists in 32.7 minutes per contest while leading the Nets to a 3-0 week. In the month of January, Russell recorded averages of 23.8 points (.479 FG, .413 3FG), 3.9 rebounds, 7.3 assists and 1.3 steals in 30.6 minutes per game and guided the Nets to an 11-4 record, which matched the second-best record in the East in 2019 and a franchise record for wins in the month of January.

The team rosters for the 68th NBA All-Star Game will be revealed on TNT in a special NBA All-Star Draft Show on Thursday, Feb. 7, at 7 p.m. ET.