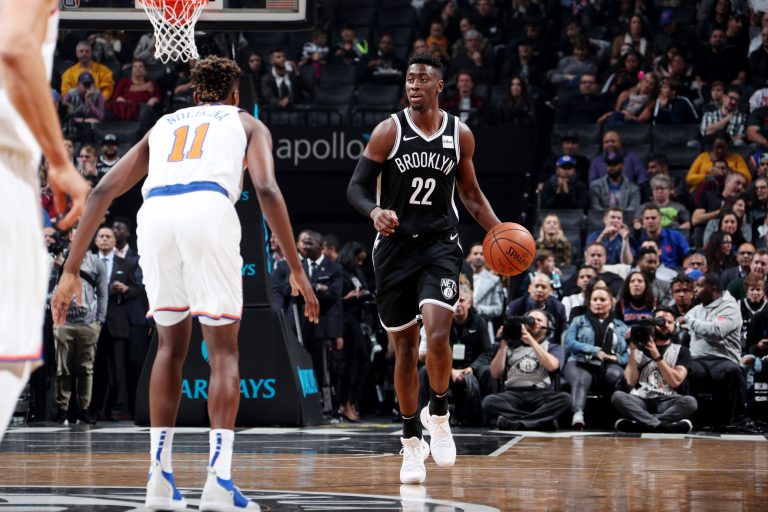 All season, I’ll be bringing you thoughts from Brooklyn’s opponents ahead of the teams meeting.

This week, I’ve gathered three voices to answer questions before Brooklyn takes on the Cavaliers, Pelicans, and Warriors. Joining us are Eustacchio Raulli, the Cavs writer for BBall Index, Eric Spyropoulos, Pelican’s writer for Hoops Habit, and Brady Klopfer, writer for Golden State of Mind. Go follow them for great basketball content!

Without LeBron James, Cleveland entered this year looking a lot different than they have over the last four seasons. What kind of production do you expect from this team this season?

I expect a team that’s among the bottom 10 on both offense and defense. On defense, the Cavs return most of the players from the No. 29 unit last season. The additions they made, outside of David Nwaba, are not known as plus or even neutral defensive players.

On offense, Kevin Love as a focal point will be fun. However, outside of him the most capable shot creators on the team are probably George Hill and Cedi Osman. Solid players, but not the guys you want to depend on as Nos. 2-3 in the pecking order on offense. Reserve guards Jordan Clarkson and Collin Sexton are adequate at creating shots for themselves but don’t contribute to good team offense at this time.

Lastly, pace will likely increase with more youth in the rotation and playmakers less willing to patiently let the play develop. All-in-all, I expect a team that probably will not win 30 games.

Are there any under the radar Cavaliers players that people should talk more about?

I know he gets talked about often because he’s fun, but I think it’s time to start taking Cedi Osman seriously as an NBA player. On opening night he looked well on his way to becoming a capable NBA starter. He can score from all three levels, create shots for himself and others, and knows how to work off the ball. He plays with a high motor, rebounds well and is a solid defender on the wing. He’s not a star in the making, but he could be a high-quality role player on a playoff team a few years from now.

Who wins and why: Cavaliers or Nets

As much as I’d love to be a homer, the Nets have the better team right now. Love is probably the best player on either team, but Brooklyn might have the next three or four guys and that advantage extends through the remainder of each team’s rotation. I think Atkinson is an underrated coach who encourages a modern, efficient style of basketball. I have Brooklyn pegged for around 34 wins this season, while Cleveland should be closer to 29.

So…that big man rotation. How far can those three guys — Davis, Mirotic, and Randle — plus Jrue Holiday carry this team? Are they better than they were last year?

The core you just mentioned should be able to take the Pelicans to new heights (sorry for that terrible flying joke) in the regular season. There is a scenario where they stay healthy and use their fast pace style of play that is mixed in with some physicality in the frontcourt (and an MVP candidate) to get to 50 wins and home court advantage. They might have the best frontcourt in the league and a legitimate two-way star in Jrue Holiday. That should be able to carry a slacking supporting cast on a nightly basis, especially with how they play. While they may end up winning the same amount of games (or less, due to the improved Western Conference), this version of the Pelicans is more dangerous than last season’s team. Half of last season was just a similar version of this team except without Julius Randle, who is a perfect third piece in the frontcourt. With more continuity for the starting pair of Davis and Mirotic, Elfrid Payton being enough of a Rondo-replacement during the regular season and their style of play, New Orleans will be a tough out nearly every night this season.

Are there any under the radar Pelicans players that people should talk more about?

Up until opening night, Julius Randle wasn’t being talked about enough as the perfect fit for this Pelicans team. Randle brings the physicality, ball-handling and switching ability to the frontcourt that is an ideal fit alongside Davis or Mirotic. However, with Randle’s opening night performance (he even hit two 3-pointers!) it’s likely that people will talk about him enough moving forward.

Keep an eye on Elfrid Payton this season. He isn’t as good as Rondo, but he can replicate enough of what Rondo brings over the course of a regular season. During the offseason, I wrote about why Payton can thrive in New Orleans due to the team’s emphasis on running in transition and generating offense early in the shot clock.

Who wins and why: Pelicans or Nets

With this game being played in New Orleans and the Pelicans having several days of rest ahead of the contest, I’ll go with the Pelicans. I’ll be interested to see how Jarrett Allen deals with Anthony Davis, but the Pelicans’ frontcourt should be too much for Brooklyn, while Jrue Holiday should be able to disrupt the Nets’ backcourt.

So, uhh, the Warriors are good. I don’t really know how to phrase a question from that. Do you think this Warriors team with Cousins back is the best Warriors team from this run or were the earlier teams hungrier and therefore better? Which Warriors year wins in a round robin tournament?

So, this is a fascinating question, and, to me, the parameters of it alter the answer. Are we talking fully-healthy, operating at peak, for a single-elimination tournament? Or are we putting all of the dynastic Warriors squads in the NBA this year and letting them duke it out over 82 games plus the playoffs?

Because, assuming full health, I’ll be bold: I think the 2015-16 squad – yes, the one Warriors team that didn’t win it all – was the best. The pieces fit perfectly. The hunger was immense. The players knew their roles. That team, when operating under full health, was about as good of an NBA team as I think we’ll ever see. So if we get peak teams, for one game, give me that iteration of this dynasty.

So within the context of an actual NBA season and postseason, I believe this will be the best Warriors team yet, simply because it now requires multiple things going wrong for them to sacrifice their spot as favorites. The Golden State supercar may not be as fast as it was in 2015-16, but it’s bulletproof and equipped with off-road tires now.

Is there an under the radar Warriors player that people should talk more about?

Kevon Looney will likely never get the credit he deserves – low-scoring players rarely if ever do. But what he brings to the Warriors is absolutely vital, especially against teams like Houston and Boston. Looney is quickly putting his name in the hat for the most switchable big in the NBA. The Warriors don’t beat the Rockets in the Conference Finals were it not for what Looney did when switched onto James Harden and Chris Paul, and that wasn’t an aberration – that’s his game now.

At the start of last year – Looney’s third – coach Steve Kerr, with a tinge of sadness in his voice, suggested that Looney was a 4 in a league where 4s had been eradicated. So Looney altered his game. He learned how to defend guards, while also using his length and leverage to negate his mediocre height, and allow him to bang in the post with centers.

In preseason and the early goings of the year, Looney has shown an increased awareness and ability on the offensive side, but he earns his contract on the defensive end. He’s a joy to watch for anyone interested in defensive minutiae.

I mean, I have to ask this, I guess. Who wins and why: Warriors or Nets?

The boring answer here is likely the correct answer: The Warriors because they have a lot more talent. But I would expect the game to be close. Brooklyn, admirably, plays hard nearly every possession of every game, and that’s something that can get an often-lethargic Warriors team in trouble. Jarrett Allen can keep the Warriors perimeter options from venturing too far into the paint, and I would expect Caris LeVert and Spencer Dinwiddie to force Golden State’s backcourt to work hard, on both ends of the court.

I can’t bet against the Warriors given the talent discrepancy, but the Nets are the blueprint for a trap game – something I expect them to be for many teams this year.